Apes Discover They Don’t Own Their Stocks and Shares 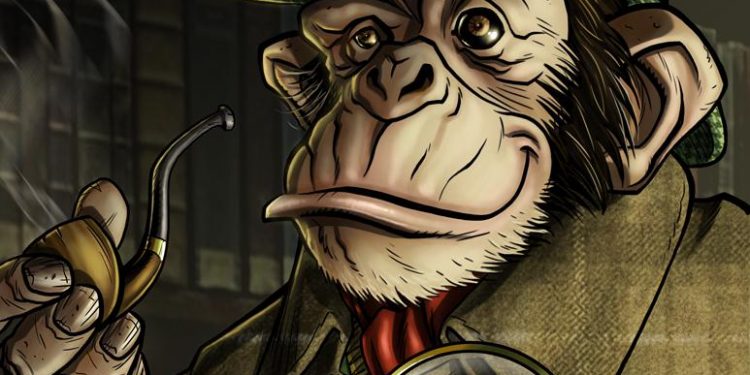 “The financial system is built up in layers of abstraction over some vast and unwieldy machinery…. Sometimes the machinery pokes out a bit through the fabric of the abstraction, and someone has to file it back down to make things smooth again.”

It so happens that complexity, in part due to the bringing over of the paper system to the online system in a digital ‘paper scan’ manner, opens the potential for significant abuse due to the concentration of trust.

Prior to digitalization, one had to transfer actual paper certificates of stocks to buy and sell them with the trading system overwhelmed in the 70s and 80s as rising trading volumes overflooded paper administrators.

The solution was the creation of an entity owned by banks called the Depository Trust Company (DTC) which holds legal ownership of 3.6 million different stocks worth $35 trillion as of 2012, or the vast majority of all stocks in the United States.

That gives the broker a lot of power because in some ways the broker is the actual owner, which can often be a bank, since they have custody.

So they can lend out the stock knowing they will receive it back while not telling you about it. What’s worse, they can outright fabricate the stock.

In 2013, high volumes on a stock traded company, CMKM, led to the theory that such volumes were coming from naked short selling.

Short selling is a concept that suggests they can sell a stock without owning it, legally or beneficially, by borrowing the stock, selling it, then buying it back hopefully at a profit if its price fell, or otherwise at a loss.

Naked short selling suggests the stock was sold without even borrowing it. So if we go back to that paper and consider it as some sort of reserve stocks with the digital layer trying to reflect them, we can have something like a sale at the digital layer without transfer of even beneficial ownership because it is a short term operation, with some suggesting during this short term there’s basically fractional reserve share trading where the right to the stock is given to more than one person.

That’s illegal or should be illegal because it is a fabrication of shares no different than the counterfeiting of paper shares to then sell that same certificate to more than one person.

In the case of CMKM, there wasn’t any naked short selling at all. This was a lie perpetrated to hide a more basic counterfeiting. As reported at the time:

“The SEC complaint alleges that CMKM Diamonds, Inc., with assistance from a transfer agent and an attorney, fraudulently issued hundreds of billions of shares of purportedly unrestricted shares to an individual named John Edwards.”

The transfer agent is the one that keeps a register of all share holders for a particular stock. They’re the ones that print and give out all the stock paper certificates, and still do to this day for anyone that wants to see what the 19th century feels like.

They are different from DTC, which is just an artificial construction to have all these paper certificates in one name for legal ownership purposes so that such ownership can practically be easily transferred online, because the transfer agents are the ones that give out those paper certificates.

In the case of DTC, such certificates are in the name of a Cede & Co., a partnership of some DTC employees with Cede & Co. acting as DTC’s nominee.

You can have your own certificate if you want in your name, with DTC further creating what is called the Direct Registration System (DRS) that allows for the stock to be in your name without requiring a paper certificate.

GME traders in particular are being encouraged on social media to direct register through ComputerShare, GME’s transfer agent, so that the stock is not in the name of Cede & Co, but in their name.

Some say this direct registration prevents your stock from being lent out, but if you don’t go paper, then you nominate a broker to allow for the transfer of stocks, so making the relationship no different than if one didn’t DRS where custody and the broker’s powers are concerned.

“An investor can sell directly from its DRS account, but transfer agents cannot provide a current price or limit price, thus the securities must usually be transferred electronically from the investor’s account with the issuer or transfer agent to its broker/dealer through DTC,” says DTCC, DTC’s parent company.

You can also register without nominating a broker, but if you want to do something with your stock, then you have to nominate one, same as with paper certificates.

In stocks thus it is perhaps safe to say there is no such thing as a bearer asset because you can not transfer it without going through a third party to endorse the certificate and change of ownership, like you can just send your bitcoin from one address to another and there it goes.

The closest to it is a paper certificate and DRS without nominating a broker, but you have to go through one if you want to do anything.

A DRS registration with a nominated broker can instead be compared more to having your coins on Coinbase. They’re in your name on Coinbase too, but the stock broker has been given the right to transfer etc, so they can abuse that right.

Such DRS thus with a broker would only be useful to gain some reassurance that the transfer agent hasn’t just printed a ton of GME fraudulently.

That’s because the paper based digital in name only stock system where ownership is concerned, is so fragile and so open to fraud or abuse that realistically no one can quite be sure just how many shares of the stock are properly issued and how many are just printed by the agent until more shareholders show up to register their shares than properly issued shares have been issued.

That’s how it was discovered for CMKM. They were to make some company transfer and asked shareholders to directly register, with it found out there’s way too many shareholders than shares issued.

Yet this task of direct registering for all shareholders is so monumental that you’d think fraudulently printing shares should be so easy and so unnoticeable to the point it would perhaps be more surprising if such fraud is not very wide spread.

Because there’s a person there tasked with entering excel rows or printing paper, and that person might stand to make a lot of money by adding or printing whatever he/she wants in the knowledge they probably won’t be found because pretty much no one DRS-es.

Except these GME apes, but we haven’t see any suggestions on social media that too many GME stonks have been ‘printed,’ with the focus instead being more on brokers can’t lend it, which can be a bit misleading but then suggesting too much has been printed is maybe not quite a narrative you’d want to repeat as a GME holder, not least because currently there isn’t any concrete evidence of it.

Yet through the process it is bringing significant attention to the potentially fraud ridden stock system in its underlying pipes and canals.

Something that highlights the superiority of a bitcoin like ownership system in that you wouldn’t need DTC or a Cede & Co or a ComputerShare or even a broker at all.

But that wouldn’t be a panacea. You can still have 1 stock in a broker be 5 stocks in their system as MT Gox showed, but people would be able to provably withdraw their stocks, so you can’t keep it for long.

You’d still have an issuer, and that issuer can change the amount of stock ‘printed,’ but everyone would instantly know. So the transfer agent problems, including counterfeiting and fraud, would probably no longer quite apply.

Otherwise the stock system would be the same, but with far less opportunity for abuse due to eliminating a lot of complexity that currently makes it ripe for fraud as no one truly knows just how much stock is actually out there in a provable way, unlike in bitcoin or for an ethereum token.