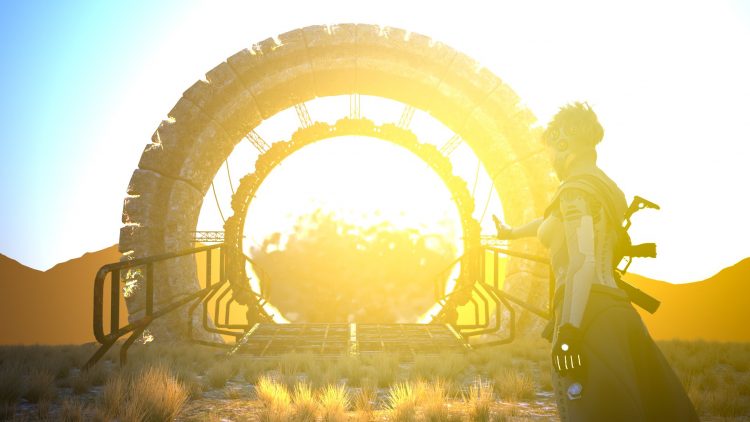 Steam is apparently terrified it is being disrupted by blockchain based games with Valve updating its rules to disallow “applications built on blockchain technology that issue or allow exchange of cryptocurrencies or NFTs.”

“Steam’s point of view is that items have value and they don’t allow items that can have real-world value on their platform. While I respect their choice, I fundamentally believe that NFTs and blockchain games are the future,” says Age of Rust (pictured), an NFT game that was kicked out of Steam.

Many in-game items go for thousands on Steam and they even have a marketplace for their skins. Out of top games there by revenue, only two out of 12 don’t have what they call microtransactions. They say:

“Steam provides world class support for in game purchases, whether that is items, in-game currency, or anything else that you can think up, you can use the Steam Microtransaction APIs to provide customers with more choices…

For any in-game purchases, you’ll need to use the microtransaction API so Steam customers can only make purchases from the Steam Wallet.”

Revenue data is not provided by this monopoly platform that has 80% market share, so how much is made from ‘micro’ transactions is not clear but their 150 million players often have to pay as much as for a new game to open a new section of the game they are playing.

For every transaction of any kind, Steam takes a cut of 30%, something they can enforce because the items have to be exchanged through their Steam wallet and marketplace.

The blockchain however opens up banking, finance, in-game revenue or microtransactions APIs in a way that no one wallet can have a monopoly because anyone can build on the open source network.

Steam thus won’t be able to get a cut of these NFT sales, something that disrupts their business model, and thus they’re using their monopoly power to effectively ban the competition.

“I haven’t touched my Steam ever since discovering Blockchains and NFTs. Gaming just doesn’t feel the same anymore without NFTs. No NFTs No Play!” – says a Guilds of Guardian Ambassador.

The blockchain enables new business models for game developers that we call ‘better than free.’ Previously in web 2.0, users are the product and so get access to the content they create for ‘free,’ with the customers of platform operators being the advertisers.

Now the product is the NFT or the token with different experiments going on as you’d expect, but a prominent one is where the NFT is given away for free.

There might be a quest for example and at the end you get an NFT as a reward. There are different ‘levels’ of the NFT, plentiful (free or thereabout), rare (‘expensive’ or premium), and then everything in between.

The ‘free’ NFT might have value however, or it might not. Some hopefully will have value if it’s going to be a successful game as far as the developers are concerned, and so that free NFT is used to get adoption, to bootstrap, with gamers then hoping if the game becomes valuable, so does their free NFT.

Then, this NFT or a general project token can be used to give holders governance over the project. One successful NFT project for example, The Bored Ape Yacht Club, says they’ll launch a token with details sparse at the moment.

Fundamentally, this is copying bitcoin’s method of bootstrapping to apply it to pretty much everything. In circa 2010, Gavin Andresen, a prominent former bitcoin developer, had a faucet that would give away 5 bitcoin for free to anyone that bothered to click it.

You could mine bitcoin in your laptop, getting 50 bitcoin from mining, at a time when the value of 10,000 bitcoins was two pizzas.

Gradually getting bitcoin, or play to earn NFTs or project token airdrop/yield, becomes more difficult. For bitcoin, its scarcity then is its value. For a project, the sharing of revenue with its holders gives it value which is set by holders themselves through governance. For a game, there can be a combination but in addition there’s direct product value as the game NFT can open game elements.

In this business model, something like Steam can be anathema as the game itself is the platform, furnished with all the necessary financial elements provided by the blockchain, and holders ownership of that game platform to decide trade-offs is in some ways the whole point.

But you can have a far more simple model as well where there are in-game items and they just happen to be in an NFT form. In which case as a developer or for reselling players, you wouldn’t have to pay 30%.

Something Steam clearly doesn’t like as Valve then wouldn’t be making $4 billion a year from rent seeking. Yet there isn’t such a thing as Steam. What there is are game developers and game players. What they like is what matters.

If developers like paying 30% and if players like their in-game items to be 30% more expensive, then they can keep using what to us sounds a bit outdated.

If instead they like freedom and the empowerment of being a customer instead of a product to the Steam platform, then developers should start thinking about open platforms, about transitioning to web3.

That’s especially because it isn’t quite 2015 anymore when the first such dapp, OpenBazaar, was unusable. Now, on ethereum especially and on second layers, the experience sometime is matching and even surpassing that of web2.

We’re not fully there yet, but this space is at the dawn of broadband and after using some dapps, we have sometime wondered whether it might leap to fiber.

In two or three years, the time it takes for a new game development, this space will transform at the technical blockchain ‘pipelines’ level where capacity and usability is concerned as currently it is on the brink of reaching a mature form at the protocol level.

Thus this rejection by Steam is shortsighted as they too will have to think where they’ll find themselves in a few years with a poetic potential development being GameStop disrupting them through web3 like they disrupted GameStop through web2, even if it is more probable that at least for some time it is many different startups causing disruption.