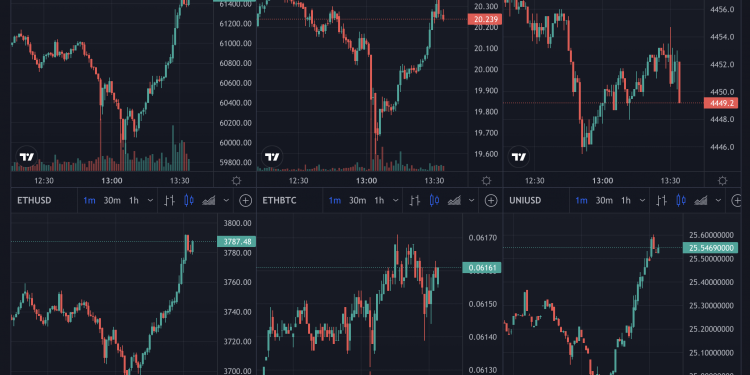 The approval of the first bitcoin product on a national stock exchange is giving the crypto space one of its biggest game of chickens moment.

For days now bears have been saying the approval will be a sell the news event. That includes boomer Jim Cramer who suggested much of the anticipation was before the ETF approval.

Yet the hype has been considerably contained with prominent cryptonians, like Ryan Selkis, raging against its futures only nature.

After eight years of anticipation, now that it is here, doesn’t quite feel like a massive party. Comparing it to the anticipation for CME futures launch in 2017 when the hype went on for weeks to the point of mania, the ETF feels more like coming with a whimper than a bang.

But it is an historic day for this space and though some elements can be criticized, it is a huge step for bitcoin and the entire crypto industry towards mass adoption.

The accredited investors restricted Grayscale for example has still attracted tens of billions despite its very limited set up. This ETF on the other hand will be open to the entire public, to pension funds, to hedge funds, to treasurers up and down the country.

Hence when the approval was first announced, bitcoin began making some small up and down moves as bears and bulls played ping pong on direction. Do we now sell the news as they said or is this now a buy the news event?

It’s not for us to give advice, but sell the news is a concept that suggests hype has led to pricing-in going into overbought territory with the actual event then bound to disappoint because reality won’t keep up with fancy narrations built up in a Chinese game of phones.

So the actual question is: has this been priced in? The answer is probably no because the experience after CME futures has led to a tempering of enthusiasm for this event. Yet with hindsight and four years on now, the launch of CME futures has contributed considerably to the arrival of institutional investors.

That’s significant new demand that also showed itself during the bear when bitcoin held its value far better than other cryptos, like eth, the distinction being that it had CME futures.

In addition, that wasn’t quite the first bear that bitcoin saw, and far from killing bitcoin as was previously narrated, bitcoin now roars.

The drop in December 2017 was more due to bitcoin’s own nature. 4-8 weeks of amazing price gains due to an incredible supply shock led to Charlie Lee and others saying publicly they sold as price had reached a level that began changing sentiment.

Something similar happened in 2013 and in 2011 when bitcoin had its first ‘bubble,’ with CME’s futures approval simply coinciding with the timing.

This SEC ETF approval arguably doesn’t quite coincide. Coinbase is not struggling to keep up with new customers, the network is not wobbling under the weight of new arrivals, the signs that things are losing touch with reality are not quite there.

It may of course be the case that we don’t see them again, that 4 or 8 weeks of mania don’t show up, that growth is more gradual and so more sustainable. But in that case there would be an even bigger argument that this ETF hasn’t been priced in because of jitters of whether there’s a repeat of what happened in 2017 after such 4 weeks of mania.

So what is to unfold is for the future to tell of course, but it may well be the case that it is the ETF itself which gives us those 4-8 weeks of mania to maybe $200,000 or more, or of course it may be a dud.

However, Bloomberg now has one reason to like this space as its backers run ETF businesses, so the narration will change in the establishment with that itself being a big shift in perception from anarchyst rascals to now the drivers of innovation in the stock markets and the revitalizers of pioneering industries.

That hasn’t been priced in, let alone the actual new fiat that may flow into bitcoin, with it probable that bulls will win the stare as it is beginning to feel like it is becoming time to party.