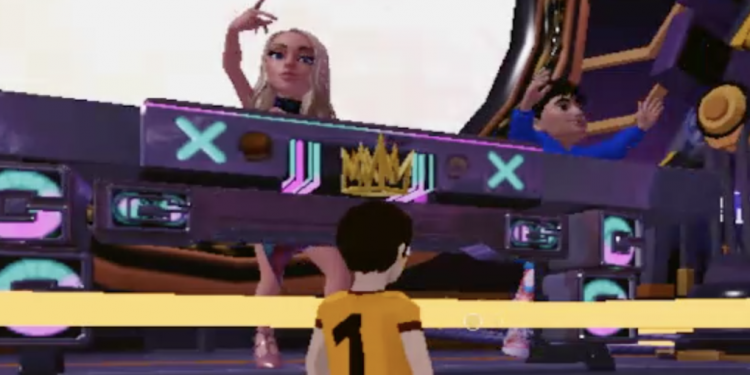 Paris Hilton has performed as an avatar among avatars to close off the four days long Metaverse Festival on Decentraland.

Until that point, performances were 2d video streamings in a 3d stage, but for Hilton, she was in the 3d stage, moving and dancing with the rest of the avatars/audience as shown in a livestreamed clip (although Twitch has muted everything but the main stream at 9:59 can give some of the taste).

Just as in real life, you could not get on the performance stage to see her in very close proximity, but we did manage to have a front-row view as pictured above.

Another first for this festival was the turning of a normal sized Hilton avatar into a giant Hilton that moved and danced for a few seconds in front of the stage.

She brought with her FEWOCiOUS, whose real name is Victor Langlois, an NFT artist that danced in an avatar form alongside Hilton and also became a giant on the stage.

What felt like a very short moment once the performance ended was encapsulating while it lasted in part because we expected to be disappointed by her performance being the same as the rest, a video stream.

The appearance in an avatar form made it new and unique for the Festival and gave it new dimensions because we had Hilton ‘in presence’ to look at and we now actually had a stage with it all becoming a bit real, something that turned into a wow when she became a giant avatar to then return again to her normal size.

All suggesting this is just the beginning of exploring what can be done on the Metaverse, with the entire festival quite an experience that may be difficult to forget.