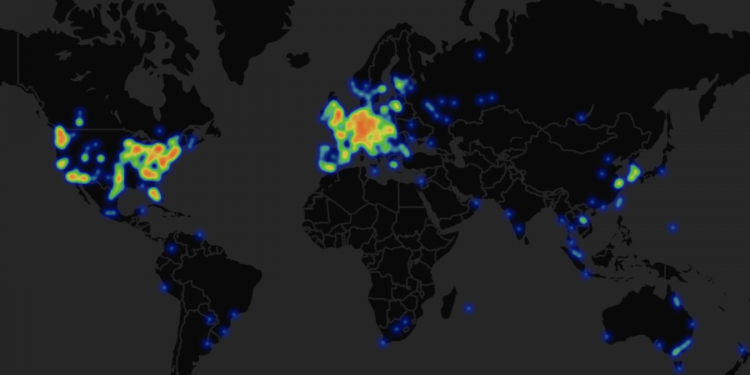 The almost exactly one year old Ethereum 2.0 Proof of Stake (PoS) Beacon chain has upgraded for the first time ever.

“Finality was uninterrupted and participation dropped as low as 93.3% in the first Altair epoch (exact number to be confirmed). Participation is now above 95%,” he added.

The Altair upgrade “gives engineering teams something concrete to dig into,” the Ethereum Foundation said back in March before adding:

“Altair is an upgrade to the beacon chain that brings light client support, minor patches to incentives, per-validator inactivity leak accounting, an increase in slashing severity, and cleanups to validator rewards accounting for simplified state management.”

“All is looking good on our nodes,” Paul Hauner of Lighthouse said. However, “we think about 6% of validators haven’t updated… Someone is producing non-Altair blocks. That’s expected and totally fine. We can tolerate that and I assume they’ll figure it out.”

The upgrade is a hard fork of the network, meaning anyone that hasn’t upgraded is cut off from the new network. Unlike in Proof of Work (PoW) where not upgrading means you just don’t get block rewards, here not upgrading can mean that you lose money because your deposited 32 eth stake gets slashed.

“Validators on Eth2.0 who do not cooperate with this change will be penalized,” Ioana Frincu, CTO of defi platform EQIFI says before adding:

“Until now, the network’s PoW consensus was based on the fact that each miner ‘worked’ for their reward. Now, with PoS, miners must figuratively ‘put their mouth where their money is.’ This means that the risk structure changes.

Instead of high costs to set up mining operations and mine blocks, you validate transactions and you have to have skin in the game. I welcome this measure and believe that it is a huge change for the better.”

Bitcoiners however would fiercely criticize the approach because it gives developers too much power on just what code exactly goes into your node with the operator not having much of a say unless they want to lose 16 eth.

“The action of penalizing validators if they choose not to comply with this upgrade is another proof point that the Ethereum Network is in fact centrally managed by its developers,” says Mitja Gorovshevsky, Co-Founder and CTO at a new blockchain by TON Labs.

Yet it isn’t clear you really have much of a choice in bitcoin either as if a mining node does not upgrade to Taproots, then they’re just cut off from the network.

Non mining nodes don’t have to upgrade, but such nodes don’t quite participate in consensus more than spectate the miners forming consensus. Ethereum 2.0 doesn’t have non-staking nodes, so it can’t really have a soft and hard fork distinction as non mining nodes have.

Thus if you disagree with the new code, the upgrade is not automatic so you can keep validating the old chain as that one brave user, presumably mistakenly, did in this upgrade.

It perhaps would have been interesting to see at this non-economic stage of the PoS chain what that minor fork would have looked like, not least to prove that it can happen, but whether in PoS or PoW such choices cost, so we’re not going to see it without good reason.

Economic activity is however coming to this PoS chain maybe as soon as this summer in the biggest upgrade of a top two network, ever.

That will transform the current network running on the Proof of Work chain into a Proof of Stake network in its totality where things like Aave are PoS-ing, and your jpegs.

Technically the change is simple, it just shifts ‘order following’ from what miners say to what stakers say, but it’s a huge network with so much at stake and with so much stuff running on it that will undergo an instant complete replacement of its pipelines and foundations.

Exciting, but also presumably very sweaty for devs when the moment comes, not too different than the great spectacle we had exactly a year ago when Sushi transported liquidity from Uniswap in what still feels like alchemy, but all went sushli smoothly.

After some power struggle however with Chef Nomi kicked out, we still miss him for he must be quite something if he created that.

Whether there will be any power struggle for the eth 2 migration remains to be seen with this being the last chance really as ethereum becomes frozen at a protocol level in the same way bitcoin was when the genesis block launched.

There have been some bitcoin upgrades since, but nothing anyone quite cared about. Eth plans to have data sharding and that’s more than nothing, but it is still of a minor interest compared to the changes in the block rewards we’ve had or the drastic change in supply from the migration which cuts inflation from the current 4% to about 0.2%-1% where it is expected to stay ad infinitum.

The PoW chain then… well it remains to be seen. Will it be forgotten and discarded, or will it be maintained as some sort of a museum piece, or will people actually use it?

With so many dapps and NFTs and the coders off to PoS, it’s not clear what the PoW chain would quite look like if it was kept running in a mirror universe of sorts.

Would it be frozen in time, but otherwise usable as normal, or would it become unusable because first of all the oracles would have to change and the defi devs might not do that.

That’s because if the PoW chain is maintained, it would create a new crypto with the PoS one being eth while the PoW one would be… well, why not POW or beth, whatever people call it.

Beth would have a different value from eth and so if you want to use pDAI you’d have to change their collateral oracle to beth price.

The problem is that now you wouldn’t have just a new beth and a new pdai, you’d have pCRV or pAava and pretty much p everything, which in some ways is pretty cool because so much free tokens, you’d even have pNFTs???

The run up to the biggest airdrop in history would probably be nuts, and there would be base value to it in having a backup, in addition to illustrating the marvels of this thing we think we understand, but what the eth collective decides is to be seen.

The protocol devs themselves seem to have taken a somewhat defensive attitude, arguing against fully removing the difficulty bomb because they say if someone wants to maintain the PoW network they should have the base coding skills of being able to remove the difficulty bomb.

Who wants a competitor, except the miners that have all them GPUs and probably want to milk them till the end.

Whichever way, eth is in for some exciting times. A bang really, before the protocol then becomes somewhat stale as focus moves on getting second layers to work as well as all these coders doing all these things on defi and NFTs and whatever comes next.