The $100 Trillion Market, Can Crypto Handle It? 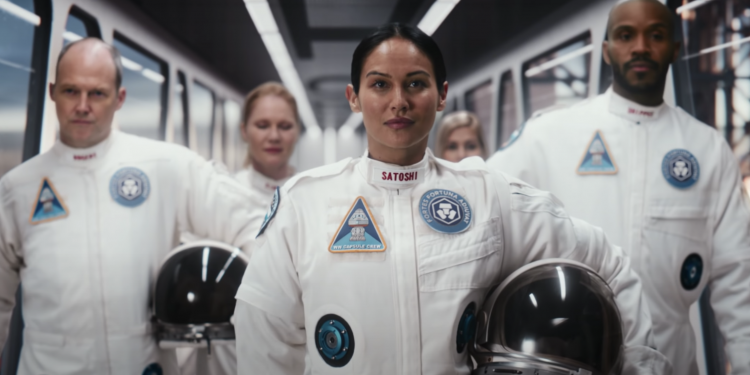 “Most people agree that in the future — it might be 10 or 20 years or it might be sooner — effectively all assets are going to be in a digital format,” said Thomas Olsen, a partner at Bain & Company who advises financial firms on cryptocurrencies and other digital asset matters.

This is one of those known unknowns. Everyone ‘knows’ it, and yet it is such a complex proposition that in many ways we don’t quite know anything.

The proposition is the transformation into natively digital of all financial instruments. That’s a $100 trillion market for just US stocks and bonds.

In some ways, this is a minor improvement where usability is concerned. You’d log into some website or Metamask, and then just pick whatever stock, move them, trade them, with things better, smoother, and they have new capabilities that can make it all cooler.

In some other ways, this is a fundamental change in the balance of power and in the nature of finance itself which will become a commons infrastructure with set in stone qualities like utilities.

Currently, there is no such thing as a stock. What we have is a company owned by banks, DTC, which owns almost all stocks. The rest have stock IOUs.

In addition, to tap into stock formation you have to go through banks, creating a powerful bottleneck that has total control over the economy.

Such gatekeeping power is rarely utilized however as banks usually act like administrators, but in the 1970s they decided to not market New York’s bonds, bankrupting the state.

Even just a few years ago the British government kept telling us all that there’s no money left, then suddenly they found tons of it last year just after some debate on MMT. Currently they and in US are considering far more taxation, even as Biden pushes for a $5 trillion bill to pass.

It may be therefore that whether there is or isn’t money depends on what side of the bed a handful of bankers wake up in the morning.

Taking Subjectivity Out of Finance

The ability to abstract a type of value and condense it into a unit of account that then can measure that value is an underappreciated advancement that somewhat magically created sufficient wealth for Britain to rule the waves.

Yet this abstraction is an IOU, not a bearer instrument. The bank has the ability to create the unit itself, out of nothing, and the bank can fiddle with the unit itself (Libor), or can deny access (NY).

This ability to control who or what can tap into what is a general capability inserts subjective value judgment into the equation that inherently then brings abuse which can not be addressed within the system because the judgment remains concentrated.

This abuse became quite visible in 2008. As we see now a decade on, some of those that were students at the time went to communism and some to nazism under the thinking that this banking collapse showed the system had failed and so a new one was needed.

But it isn’t capitalism that failed or liberalism, so the smarter ones stumbled on crypto after seeing that Zizek was more a buffoon than a visionary.

Nor can the previous system necessarily be blamed when considered within the constrains of its time. There isn’t much of a different way you can design it when operating on paper.

But it is flawed because it is subjective. It is meant to be objective and there are mechanisms designed to limit subjectivity. That’s why it has lasted so long. But such mechanisms are themselves subjective in as far as they can be ignored. Iterations are then made, but the fundamental flaw remains. The flaw being that the rules can be ignored.

In fiat, there could perhaps be an argument that one should have such ability where the nature of USD is concerned. No such argument can be made where it concerns Libor however, or stocks, or bonds.

In this space, we’re turning both into an objective instrument in any event. Not the dollar itself, but our equivalent in bitcoin, eth or any of the other cryptos. Not stocks in NYSE, but again our equivalent. And not Libor, but in defi we’re concretizing interest rates in a way that places subjectivity where it belongs, to market participants and their value judgment rather than (or also) the platform itself, banks in traditional finance.

If we were met with that tale of the Mayans, who operated on base 30 maths and so made everything too complicated and thus were eradicated by our base 10 maths, how would we do it but without eradication because we are the Mayans this time, so to speak.

Probably the way we are doing it. Uniswap. It’s a stock, but it isn’t really a stock. There isn’t a company that controls it fully, but a bundle of smart contracts. There are influences upon it. These are still platforms for humans, and they are built for humans, but there isn’t a human that can, though won’t, change the value of eth/usd to $20,000 in some pool like they did with Libor.

Tesla, this is a typical stock that probably won’t be tokenized anytime soon. Maybe it will be synthecised, a crypto-native derivative of sorts that tracks its price, and in some years maybe one such method becomes like tether. Not just a huge success, but the answer to a transition. Or not.

The fundamentally different nature between Uniswap and Tesla might indicate why stocks in their current form won’t go anywhere for decades to come. Like the Queen of England, or indeed the fax machine, they might keep on either as decoration or because why bother.

For cryptos to grab this $100 trillion market therefore, there are three ways. Scanning, tethering, or new kings.

DTC could itself issue in a token form all stocks. That would be the closing down of DTC in some ways, but that’s to serve a function for banks which a public blockchain can serve. Yet, companies can themselves then issue on the blockchain, so why would banks do this?

Apparently they’re trying to compete, and their idea of competition is to enact monopolistic laws that give only banks the right to issue stablecoins. That’s what can be called negative competition. Rather than trying to create value, it tries to destroy.

Not least because if there was such law before there was such a thing as stablecoins, there wouldn’t be stablecoins at all. We wouldn’t have then ridiculed corporate media propaganda about super advanced e-cny and how it was taking over, with the fact that the dollar was tokenized now six years ago and its token form has actually found much use.

That’s because old banks would have never issued dollar tokens. Even now they’re not issuing them. They could maybe get some competitive advantage by issuing tokenized actual stocks, but they won’t because Blockbuster never Netflixed.

This ‘scanning’ however, taking current financial instruments and trying to bring them to a public blockchain, probably will be attempted and is attempted. There have been some projects trying to tokenize bonds, but they’ve been done in the similar process as for ‘paper’ bonds. Having them truly crypto native is too ‘risky’ or new or requires whole other processes and ‘why should we bother anyway, what we have works fine.’

That latter statement deserves some analysis because it’s not too wrong. What exactly is the point of a Tesla token if DTC is still the owner and therefore comes with the whole baggage of a ‘paper’ stock.

You can access it on the blockchain but it’s a synthetic really, not quite a stock in a token form but perhaps better than no token form at all as its synthetic or scanned nature might be how it transitions or interlopes.

Hence we already have some tether style stocks, like sTSLA. That’s a synthetic, yes, but it’s an actual token, rather than a derivative which you can’t quite move and transport.

They’re currently fully crypto native, and so come with current capacity limitations, but allow us to play and see how company tokens might operate on the blockchain.

But the real transition will probably occur a bit like with the internet. More and more crypto native entities will be created with their own token market, new startups might even go crypto first when it comes to financing, companies that want to go public may do so on the crypto market.

The stock market will continue, but the crypto market becomes bigger and bigger, just as there’s still an IBM but now there’s a Facebook.

Likewise there probably will still be a JP Morgan, but new crypto platforms that do a lot of what they do find more usage and attract the talent.

Instead of replacing the old therefore, the new will live side by side. We still have fax machines afterall. Some banks might eventually have to pay for their sins, but there will be new banks, there will be banking, just better banking.

So what we may see is the gradual growth in popularity of the crypto method and the slow decline of the old ways with the fax machine still keeping strong especially in German hallways.

Where it concerns whether crypto can handle it, yes of course. It’s just code. Pruning methods will probably lift a lot of constrains in addition to compression methods with efficacy probably reaching database level speed in due course.

For now it’s still the experimentation stage, but it is probable these things won’t change with a bang. Instead gradual improvement and gradual growth will set a new reality where doing it the crypto way is mainstream because code is of course superior to paper when it comes to financial instruments.