What Will Elon Musk Buy with $20 Billion? 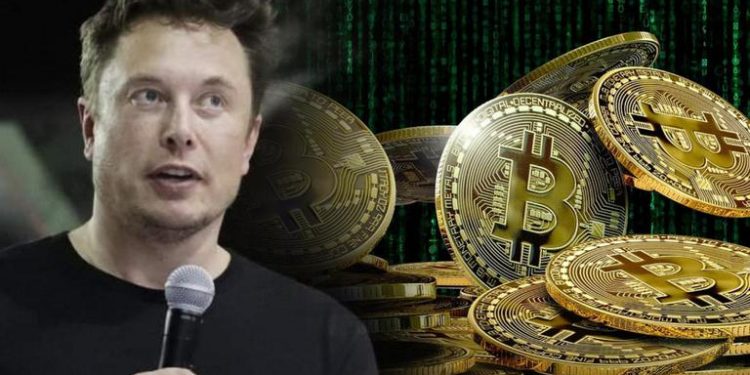 Elon Musk is getting rich with Tesla’s CEO announcing he is to sell 10% of his shares. He owns 20% of all Tesla stocks, so that makes it just 2% of Tesla’s outstanding shares.

That 2% however is worth some $20 billion, as much as the GDP of Albania, little nice sunny coastal country in Europe. Maybe he’ll even spend some on that sort of thing, sun, and big boats, and big mansion.

We can add hookers and some party too, but all of that won’t cost more than $1 billion even on an extravaganza spending spree.

Sleepy Joe is getting about $10 billion of it, probably to give it to the police so that they can keep looking like robocops, but now with drones.

His ex is probably not getting anything, but Musk is now starting to look a bit poor with just $9 billion. That’s about 100 Queens of England, assuming a revenue of $100 million, so he could buy a little island and be king.

Vain and boring, but what do you even do with so much money. Zuk is spending it on the metaverse, giving us all a nice knee-jerk reaction of omg he wants to be king of… whatever he is building.

Some speculate Zuk might run for pressy. The Paris Olympics election has began as everyone is on the lookout for the next president. The current one… well, he’s not a real president is he. He did not even have a manifesto!

Musk could run. Now that would be something. Zuk v Musk or Musk v Zuk. What would corporate media even say! Guess depends whether Bezos gets in the ring. Bloomberg tried but wet fish.

With $9 billion, you’d think he’d win. Then he can replace those Cobolt mainframes, declare Jupiter an independent planet state, get to talk with Pjutin on Clubhouse, and reform the Shortsellers Enrichment Commission.

You’d expect us to say he might buy bitcoin, or eth, or both, maybe a bit of doge. No Shiba!

Hopefully he doesn’t flying cars. There’s a hot cool race going on there, quite a few startups in sweet competition, with this being one area where you can say one trillion isn’t cool, one quadrillion!

Who wants that big juggernaut to get in there and mess everything and throw the race off balance. Or maybe he should, whatever.

He could plaplantir, ai all things. This is dum code. You know, defi is ‘ai.’ A lot of smart contracts and bots are basically artificial intelligence, except there’s nothing artificial about it because some human with actual intelligence transported it to code just as the pen does to paper.

We don’t call a book some sort of intelligence, although there is or it can be. Code likewise is not intelligent, it just extends our own intelligence.

Musk is a bit scared of that stuff, going all dystopia. We think it’s cool because it automates menial intelligence, allowing us to focus on what we’re good at, lateral thinking.

One potentially radical something he can spend it on is all that biohacking stuff. They’re trying to return innovation into an industry that has stagnated since the penicillin, with a rich patron of that movement potentially amplifying the potential gains.

He can also throw it up in the air and see what comes out of it. That is, set up a trust that funds a hard research center of exploration. Kind of, an extended PhD that extends to the entire working life for people that are sort of the modern day equivalent of a monk, but in a cool way because they can enjoy all earthly things while spending their time thinking.

Or he can buy one NFT. That’s about how much they cost nowadays with the world clearly thirsty for investment opportunities.

Whatever he wants to spend it on, it is well earned and well deserved. He made a political point about people saying he don’t pay taxes, so he’ll now pay billions. Did the government really earn it?

Well, it’s not clear there would be a SpaceX without a NASA and without the liberalization of the space industry, so maybe NASA should get it.

As we all know however it’s them robocops that are now getting a bit richer because not enough surveillance of them peasants that might revolt.

They never guessed it would be the pen revolting, with the tech innovation and its gradual exportation from space to cars so facilitating a revolution that should make the government and the rest very rich if them bureaucrats just stay out.

US Treasury Receives Half a Trillion Tax Boost