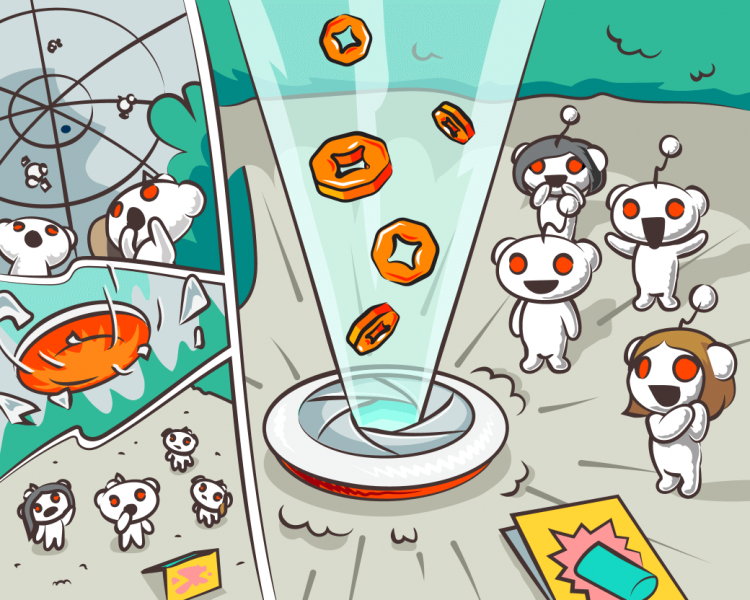 Reddit is set to become the first traditional company, albeit web2, that tokenizes with the privately held entity to launch a karma token.

Reddit has 500M monthly active users. When we all pull this off, we would onboard 500M web2 users into web3 and then there is no going back.

It is time to take back control. Make the internet truly open and break free. Give each of us ownership of what we are using.

Other than ownership, there is also a financial reason to do this: To explore a new monetization strategy.

Surely there are better ways to monetize than just creating walled gardens. One that is a WIN-WIN. One where even users can earn by curating content.

How will we pull this off? Reddit has partnered with OffchainLabs of Arbitrum and created our own separate instance.

Community points for 2 subreddits (~80,000 users) are already on Rinkeby Testnet on our Arbitrum network (separate to Arbitrum One).

I.E. r/cryptocurrency and r/FortNiteBR already use community points aka tokens. Lots of cool learnings already. Feel free to join and play out with them.

But we need to scale it even more for gasless tx. Some cool engineering innovations coming up!

Everything will be permissionless, open-source and decentralised just like crypto. I can’t wait for it to hit mainnet and see how DAOs are formed and what DeFi, NFT applications might emerge.”

A happy new kid with a shiny new toy. How nice. They have a nice narration too: the internet was free, then imprisoning walled gardens, then crypto came to set all free.

Cynically, it’s just Reddit trying to keep up so as to not be disrupted. As Google’s CEO said, what keeps him at night is: are we still relevant. They know what they’ve done to a lot of industries, they know it can easily be done to them.

Less cynically, maybe Ohanian has found the way. He been ething since 2018. Even wore a cryptopunk NFT. He’s a coder so he appreciates a lot of the innovation here.

Practically, we’re more interested what this means financially. A private company, launching a token, with that token usable to participate in its revenue share as you can buy ads with it or whatever, making it a share but a lot more because it’s a token.

They have a token for each subredit, making it complex from an investment perspective, but they could launch a Reddit wide governance token after the prototypes and the experimentation.

That’s capital raising from the public in the crypto market rather than the traditional market. You can even say the entity is going public, or semi-public, in a crypto first way.

Whether anyone would care depends on execution. If it’s a gimmick, the market will smell it from a mile. If it’s a genuine experimentation that DAOs the platform, then the crypto market will start giving competition to the stock market as a platform for raising capital.

We think that’s inevitable because cryptos have some irreplaceable advantages, including the fact you can actually own your shares or token. What that means is a complex matter that goes deep into the financial pipelines, but all we need to say is Libor.

As such, the question isn’t whether a proper crypto market starts developing that gives the stock market real competition. The question is at what speed or even when does it begin.

This experimentation by Reddit suggests sooner than anyone thinks. In addition it might be more an avalanche as all the ‘underground’ development comes to the surface, with what is the equivalent of a leap into the unknown becoming more just how we do things, perhaps.

Because the token model is the liberalization of investment in a way that makes capital formation relevant to the public once again and to the market, both from an investment perspective and use.

It is also a potentially quadrillion dollars market because of the many second and third order innovations that open source code investment products can facilitate.

If Reddit won’t do it thus, startups will, with it currently very much an open question as to who will be the one racing after the market is finished building the racing track which is currently the stage of development for this aspect.