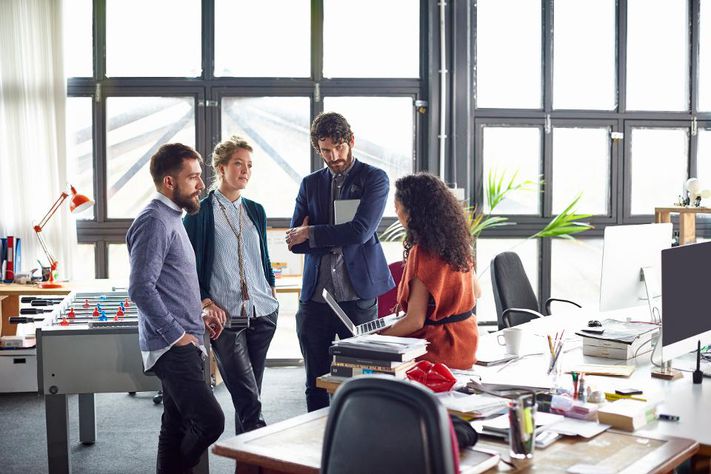 30 year olds are quitting their jobs. That’s the finding from the Harvard Business Review which after studying nine million employee records, says:

“Employees between 30 and 45 years old have had the greatest increase in resignation rates, with an average increase of more than 20% between 2020 and 2021.”

That’s a huge number with this not just a fluke as resignations rose in 2019 too, reaching the point where in July 2021, four million Americans quit.

Everyone is struggling to explain why, but to us the answer appears obvious. We are in the midst of a renaissance due to the dominance of globalization and liberalism, at least economically.

We are also at the dawn of a peace dividend that coincides with years of innovative development reaching the stage of being in or nearly in production.

After what should be called the great struggle for this generation from 2003 until about 2018, when in late teenagehood or young adulthood they were just spectators of war and sleaze, they’ve become the actors. Ending the war, and now is time to end the sleaze.

A student graduating Cambridge has a difficult choice. Does he go to one of the big banks, or take the chances at a startup.

His 30 year old version has it a lot easier. It’s not quite a choice. If the opportunity presents itself to work on the future, why on earth would he or she not lend it his skills?

“Resignations actually decreased for workers in the 20 to 25 age range,” the Harvard Business Review says.

It is just after that age of 25, at about 27 or so, when you reach the point where you now know your job, know how you’re going to progress, roughly know where you’ll end up, and wonder if that is what you want.

The findings therefore are not surprising, but more an indication that there is now greater choice than ever, and that is due to a revolt of sorts.

Fundamentally, the revolt is probably mechanical in nature. Currently, there is far too much concentration of power in far too few companies with almost all industries dominated by four or so giants of their own industry. The big four, in banking, in law, in healthcare, in accounting, in car manufacturing, in oil, in political parties and in pretty much everything.

This disbalance of power leads to unreasonable demands, most clearly seen in job requirements. As it happens, getting a decent job is actually pretty difficult without good connections, leading to plenty of smart men and women ending up doing jobs that do not meet their ambitions. If they deserve such ambition however and persevere in it, they will get the job they deserve, albeit that might mean they create it themselves.

Too much scale ultimately comes with the death of meritocracy, but if there is a merit in that ocracy, then those that deserve it will know how to respond. What we are seeing is that response.

The Boom in Innovative Aspiration

Globalization, liberalism, the greatest level of knowledge access and sharing in history, and the removal of physical barriers to value exchange, are giving us what one should hope is the dawn of a golden age.

Globalization increases meritocracy to the maximum by increasing numbers. Liberalism, with its rule of law and the rights of man, allows for its greatest manifestation. Knowledge and the sharing of knowledge is what forms merit. Value exchange, and by value here we mean all things, including goods and knowledge or information/services, is the performance of that merit itself, or its manifestation.

A few years back, some were worried this would lead to mass unemployment. We argued and maintain the opposite. If you increase the capabilities of man to handle complexity, say by automating menial tasks, then more complexity will be created not less because man will be able to tackle more complex problems, problems that require more resources, specifically more lateral thinking.

Lateral thinking conjures a philosopher or painter or a Cambridge student, but we have in mind also its more ‘mechanical’ aspect. Is this a tree? You know the answer through the process of lateral thinking.

Tech is not very great at lateral thinking, it is actually pretty awful with it just reflecting the input of some administrator.

As more and more things become tech, more and more such administrators will be required, and so we move to a world where the lower class is ‘menial’ thinkers rather than menial labourers.

We’re not quite there yet, but there’s glimpses. A discord project admin might find offense at our simplistic classification, but you don’t need much skill to be a discord admin, or expensive knowledge.

A DAO cat herderer is engaging in administration. Such job did not exist a few months ago let alone years, and whoever is doing it maybe calls himself self-employed or a freelancer. They’re perhaps even one of those that quit.

A statistician sounds too fancy to someone that does blockchain analytics, crunches that data, puts it up on a nice chart, and shares it with the public.

A scout sounds too ‘God Bless America’ to someone whose job is going out there looking for new projects to add to an exchange or to tell their family office.

Designers might be more comfortable with their job title. ‘I design popes’ however will get laughs because it’s a joke right? No, no, ‘I design POAP NFTs that some people on the internet salivate over and yet are ruthlessly judgmental about whether their free jpeg is wow or meh just an ad.’

Architects might be cool again. ‘My job is designing brutalist architecture on the metaverse so that I can see it come crashing down again in an exposition titled The Power of Architecture Design.’

‘I’m an energy engineer.’ Wow, how do you engineer energy? Well, I take some tesla batteries and I try to make them more efficient while beating the solar panels with models so as to get the tiniest bit of energy efficiency because that translates to a lot of profit for them bitcoin miners who double gain by others losing when they gain.

Nice. I do bot design, as a hobby but it’s going well so might quite my job. You, what, paint robots? Haha, no, I erm am more a bot architect, or bot builder, or just a coder, crypto bots, they liquidate leveraged people on defi or arbitrage or you flashbots. There’s lots of bots now, is becoming a whole industry.

Well, by the same style, I’m a sensor detector, architect, engineer, designer. You the one doing the prison executions? Haha, no, I work on algorithms for sensor detection programming for cars and flying cars. You know, if you accidentally press gas instead of break when there’s a car or human or object in front of you, the sensors see there’s something and so the car doesn’t move. Instead you get warnings and an elaborate process to override the sensors if the object is still there and you still want to gas it.

My job is so boring by comparison. I self experiment innovative medicine to lower costs and bring it to market quicker so as to beat cancer. Was a hobby, but left the Leet Corporate Lab after getting some funding because new innovative approach is showing itself promising to biohackers.

Most of these new jobs are performed by people that had a corporate job. Most therefore did not quite quit, they upgraded.

Every industry will go through this process. Corp says old way is fine. Millennial says I want to build the future. The hobby becomes financially viable. The millennial resigns to disrupt the old way.

As much is digital, the transition can be smoother for those that want to resign, but it’s still difficult to start off on your own, however less difficult if it’s what you enjoy.

It takes perseverance. Don’t leave, as the OpenSea founder said, pointing out many in this space left during the 2018-19 bear.

Disruption is hard with its good and tough, but it’s more fulfilling because only you yourself is the limit.

In your 30s, you also have to think about 40 years ahead. Will the bank be in decline during that time. Will this big pharma be eaten by startups. Is the job really that secure when you’re thinking decades ahead.

The defacto liberalization of investments, at least in this space, is also opening up a lot more opportunities globally.

Some of these opportunities do not require an application or a job interview. They open to anyone as no one needs to apply to be a Pancake flipper, on the crypto market rather than at Burger Kings.

Rather than the Great Resignation therefore, this is the Great Innovation where new jobs are being created at such rates that there’s now a labor shortage.

And in some ways it has not even started as the tech disruption has barely arrived in other industries, but it is beginning to do so.