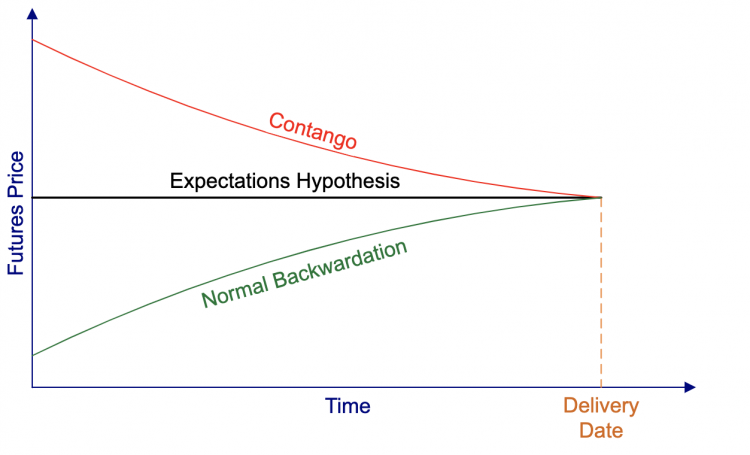 The United States’ Securities and Exchanges Commission (SEC) has overturned long held investment advice that derivatives, like futures, are riskier than holding the actual asset.

In a decision on a bitcoin spot ETF, SEC rejected it due to the bitcoin market lacking sufficient surveillance to prevent fraud and manipulation, despite previously approving a bitcoin fiat settled futures ETF.

The issuer, BZX for VanEck, argued that the exchanges which make part of the benchmark on which the spot ETF is to be based, like Coinbase and Kraken, do have such sufficient surveillance to prevent fraud and manipulation. SEC however says:

However when it comes to CME bitcoin futures ETFs, it is whether just CME itself has such surveillance, but for spot even including CME surveillance is not enough.

So mass surveillance sorted, but… CME is not a market “of significant size.” Significant. It only handles billions in daily volumes. However, if you want to manipulate bitcoin’s price, you don’t have to go through CME, SEC says.

They know it because Gary Gensler’s buddies at Goldman Sachs sell or buy spot when they want to manipulate CME’s bitcoin futures price, with futures of course being a derivative that is meant to track the spot price.

They haven’t because it’s a derivative, and derivatives are now apparently not just good, but safe. Hodling is riskier than 10x yoloing, SEC is saying, especially if you want to long term invest.

The risk of liquidation at the end of the month is nothing compared to some exchange in Africa or in the Himalayas potentially, maybe, could, what if did by some magic move a $1.2 trillion market.

The present and real, like the price difference between an expiring old contract and a new futures contract, is not of concern when there’s the superstitious and imaginative theories about all the things that could happen if Gensler himself is not mass surveilling who has what and what is doing with it at any second, in the entire globe.

In addition the idea that SEC is somehow making the market more efficient is curious. The underlying assumption that they are the ones preventing manipulation, rather than the free market which calls your bluff, and if only they could see what everyone is doing at every second then we’d have maximum efficiency under the all seeing bureaucratic eye, sounds like hocus pocus. A bit like old kings claiming their rights derived from god.

The truth is not manipulation, but the lack of it. That’s the problem for SEC. Unlike almost all other markets, like gold, foreign exchange, interest rates, bitcoin does not have price fixing, a meeting of some bankers or so – nowadays digitally – where they set the price of the asset for the day.

That allows for clear price manipulation because a handful are dictating the market, and they have abused such power over and over again, most prominently in Libor.

They tried to impose such mechanism on bitcoin through CME futures which has its digital equivalent, but they failed in the end because it was too late as by then bitcoin had its own global infrastructure of hundreds or even thousands of exchanges where the price was and is set every second of the day.

SEC thus is basically saying their cartel method of price setting for assets usually on just one exchange, is superior to our global free market. In other words, communism is better than capitalism.

They’re going so far in such ideologising to the point they’re now making themselves look like buffoons to ordinary Americans who will never understand how a futures is safer or less prone to manipulation than the spot asset itself.

To explain this clowniness, the chorus is now that SEC is wrecking havoc so that Gensler can become Treasury Secretary.

“SEC Chair Gensler’s War On Crypto Is About His Resume” says Forbes, pointing out Gensler’s MIT lectures were actually co-authored by Media Lab director Joichi Ito, with Gensler himself having no clue about blockchain. Yet dumb mericans may get yet another Goldman Sachs’ US Treasury.

“For Gensler, it’s about ambition. He wants to regulate everything from cryptos to market structure because he wants eventually to be named Treasury Secretary,” says NY Post.

And this is precisely why we bitcoin. So that the greed of one man doesn’t cause losses or suffering for thousands or millions.

And he won’t be able to in this space, with this ETF business being just them showing themselves. Because we are the ETF, we are even the stock market, and our ways are superior because we don’t rely on bureaucrats to prevent manipulation (in which they have failed badly), but the free market through decentralization and mass participation in price setting.

In addition, Gensler is now largely being ignored in this space. No one responds to his calls anymore and no one goes to SEC any longer, with the only interaction now being in court where Terra has joined Ripple in suing SEC.

That’s after SEC has revealed itself to be unreasonable and irresponsible. This ‘futures are safer than spot’ being the latest example that probably has the Germans and Canadians, now also Australians and South Koreans with their bitcoin spot ETFs, confused as to what exactly is going on in the United States.

Well, a former banker is in charge of overseeing banks and now wants to oversee crypto. Whats more, this banker also wants to run the taxpayer’s purse.

So you get a situation where down is up, but only in their mind. In reality, bitcoin is bitcoin, and bitcoin is the ETF. And nowadays you can buy it from your stock broker, like Robinhood, or IBKR, or Fidelity or all of them.

So this is good for bitcoin because it lets us continue with speed the development of our own better than ETF infrastructure, both in traditional finance but also in defi where we have way more than just bitcoin ETFs.

Banker Gensler no like defi because of that, but no one can hear him anymore with this global platform very much deaf to just one man as we turn their protectioning and their investment prohibitions into the liberalization of investments and the return of capitalism for all.