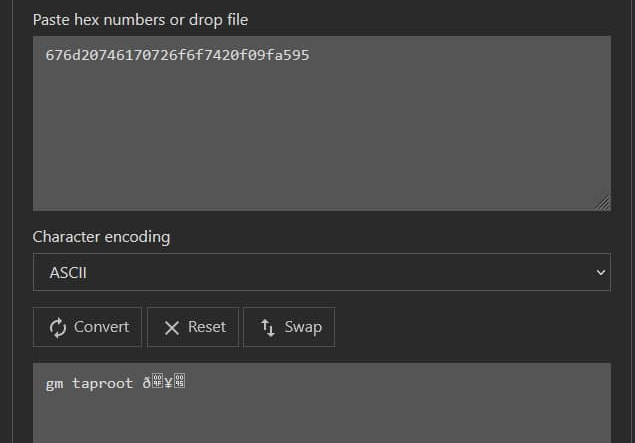 After four years of development, bitcoin has finally upgraded this Sunday at block number 709,632 to activate Taproot.

Some compare it to segwit, the highly contentious 2017 upgrade that increased capacity to 2MB per ten minutes, where it remains.

Taproot however has not been contentious, with it less a path setting upgrade and more an incremental improvement deep in the pipelines that provides some efficiency in signature aggregation.

When you make a bitcoin transaction, you have to sign with a private key. This allows for the bundling of such signatures when many of them are used and for hiding whether one or many signatures are used.

From an investors’ perspective, the network is now a bit more efficient and its second layer, the Lightning Network, might have a bit more capabilities as it moves towards Channel Factories to compress onboarding and exiting.

Fees might also become a bit cheaper, but unlike other upgrades for most blockchains, bitcoin’s price has fallen a bit to $63,700 from $64,200.

That might not have much to do with this, but four years for the tiniest upgrade is probably an indication that nothing is quite happening in bitcoin at the protocol level.

Which is precisely how some want it, a tweaking at the edges while other networks create whole industries in defi and NFTs and stand on the brink of proper scaling.