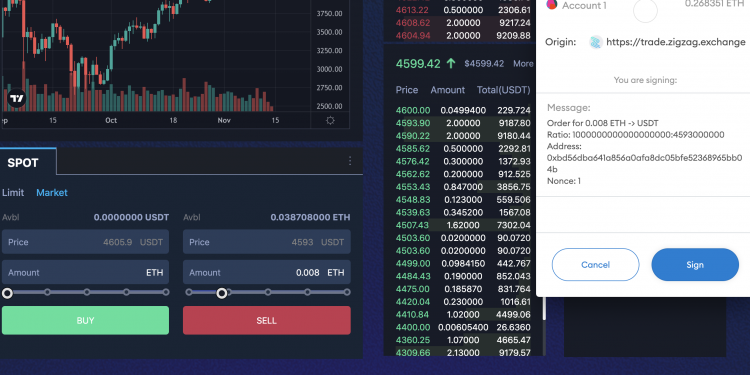 Eth heads are quietly going one by one to some little used second layer, Zksync, to then come back and brag to the crowd.

“Did everything on Zk Sync today. Minted an NFT. Downloaded IPFS. Swapped $35 worth of USDC on Zigzag. Can’t wait to be an airdrop gazillionaire,” one of them says.

He is joined by many others that made the trip in what can only be described as contained excitement.

A new dawn is almost here with the frontier currently a hot lava of competition in a darwinian mighty battle not just for survival, but for thrival and ultimately dominance of the blockchain itself, or at least one of them, ethereum.

As end users, this all currently looks like a bit of a mess, but an empowering one as we spectate the many magic tricks of the pioneers, and ruthlessly sit there judgmentally in the ‘ten minutes since the movie began’ stage in what can only be called The Broadband Upgrade.

Ethereum is currently in dial-up, if that, and it’s at the stage of getting ready, both technically and ‘culturally,’ to move to Visa level scaling and beyond which translates to mainstream in usage.

One of the more promising ‘bids’ is Zksync, which has been working on this, together with the Ethereum Foundation, since before 2019 when we interviewed them.

They’re currently live, but are attracting only $20 million in assets because it’s the ‘simple’ version, just for payments and the like. A zk EVM however is on testnet.

Zksync 2.0 is what in many ways some have been waiting for as its zk EVM basically replicates the current ethereum network, but with zk snarks that give you 2000 transactions a second.

Naturally we tried it. The process is simple. You go to their wallet, then just click stuff to add funds. There’s an on-chain fee. To send eth was $30. You need another one-off on-chain transaction to link your account to zk that cost about $15.

Then we went to Zigzag, a simple exchange with just eth/dollar token pairs and transacted for free with a simple transaction here costing 500 gas units.

For a simple transaction on eth, you need 20,000 such units. This is thus compressing eth by 98%. And compressing because it’s all maths. There isn’t another network of nodes etc, making it they say as secure as the L1.

We wouldn’t say as secure, but almost as secure, with that sufficient to attract Curve and Uni currently on the zksync 2.0 testnet. Until they’re done, you can mint a ‘raw’ NFT on 1.0. ‘Raw’ because you have to upload the image yourself on IPFS, so we had to download its node which is pretty cool. And it’s pretty slick too.

We NFT-ed the featured image. Or we think we NFT-ed it because on sync we get just numbers and letters, the ‘raw’ code:

It costs a dollar to mint it. To withdraw it to L1 however, it costs more than $100. So again we have a compression of 98%. The picture itself isn’t shown on the wallet, but this is what it looks like on our own IPFS node:

Zksync 2.0 is getting ZK Porter. This will have the data offline, so rather than a compression it will be a Proof of Stake (PoS) sidechain. It will have its own token, hence all these eth heads going to try it out.

There’s no time estimate for when Zksync 2.0 launches. It’s on testnet, Curve is on it, on Rinkeby. It’s been on testnet since May.

It will have some support from the get go. OKEx is already planing to facilitate direct fiat to zksync after a $50 million round that includes many other big names. They say:

“The Series B financing was led by Andreessen Horowitz and included existing investors Placeholder, Dragonfly, and 1kx. A second financing was closed with strategic partners such as Blockchain.com, Crypto.com, Consensys, ByBit, OKEx, Alchemy, Covalent and joined by the founders and leadership of AAVE, Paraswap, Lido, Futureswap, Gnosis, Rarible, Aragon, Liquity, Celer, Connext, Perpetual, Euler, Opium, and 70 more,” emphasis ours.

So Aave and all these others will be syncing. You’d think as well as everyone else because the launch of the zk evm will be a pretty big deal that allows for the usage of the whole defi space and nfts like on mainnet, but practically free and for eth it is generally practically instant anyway.

They’ve also made a breakthrough with this not quite using snarks but snorks. With snarks, they say, you need a trusted set-up for every application, every upgrade, etc. With snorks, you only need it once.

With starks you don’t need it at all, but they say starks are a bit expensive. We’ll have to wait and see what Staknet says about that.

Starknet promised to launch in November last month, but they haven’t said much about it yet with their rollout to be through a whitelist of smart contracts in the style of Optimism.

Starknet says fees will reduce with scale of usage and they’re set to cover the cost of inclusion on the blockchain as well as a bit for the devs. We’ll obviously test it when they come out and so have a better view.

The big question is just how much does the trusted setup matter? That’s a ceremony to bring to life these snarks or snorks, a statement or proof against which activity then ‘hits’ or validates.

You need only one actor to be honest to destroy just one of the ‘keys’ and so you can’t reconstruct the ‘statement’ anymore. If you can, you can drain the whole thing.

In this case they got quite a few, but chiefly they got Vitalik Buterin, the now billionaire ethereum co-founder.

One theoretic question here is can you perform such trusted setup in a secure way against a state actor, including securing the hardware and much else, who might be able to see the keys before they are destroyed. So theoretically it is less about trust the participants and more about is it even possible to do it in a secure way.

Our answer is yes in this case because presuming this gets proper usage, then if anything goes wrong Vitalik is to blame and to avoid that blame we just ‘upgrade.’ It is only code afterall.

That’s answering an absolutist theoretical question with an absolutist practical answer. Not least because it looks like these guys have done all they can. They’ve got it audited by a reputable auditor that found no problems. They got Vitalik to participate. It’s the frontier so there may be usual problems like bugs and so on, but if there’s a serious problem then do you hang innovation at the altar of ideology?

That applies generally. And therefore we’d says this is almost as secure as L1 itself, conceptually speaking, with it having some advantages like you can publish Solidity code.

The race has just began however and who exactly will win is very much to be seen. Dapps will probably launch on all of them, so it’s up to users in the end.

We’re withholding our judgment since not all cards are out yet as this is the testing, experimenting, the throwing everything at the wall to see what sticks stage.

The great news is that there’s considerable choice. One of them will hit it right, and it may well be the one in question, but we’ll have to wait and see how this movie develops with the finale known in as far as broadband is coming. Just what sort and by who is very much to be determined.