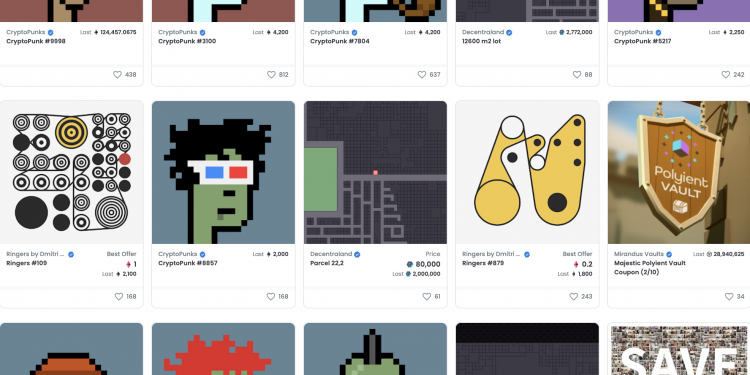 While bitcoin recently got a bit edgy, eth has been holding out. Like a cool kid rebelling, you do you bitcoin, eth said. I’ma keep on the party.

This resilience probably comes from utility. Bitcoin has some in that it can be used to make transfers globally with some of bitcoin’s underlying value being due to international commerce.

Eth can be used like that too, but it can also be used for actual banking in lending and borrowing, collateralizing, synthesizing, crypto market exchanging, and a whole list of other things in decentralized finance (defi).

Now with unique tokens in NFTs, ethereum also has the potential to become the base for the metaverse in addition to opening up the arts, entertainment and gaming markets to the investing public.

They’re a potent force therefore in eth, and its price, with the question being from an investment perspective are they a good or a bad influence on eth’s price overall?

That’s what ICOs did. They gave an often worthless token, they took the eth for it, and then when the market turned they sold all that eth.

Some tokens turned out to be very worthy, and it spurred a lot of innovation, but simplistically, people bought eth to buy these tokens and then the projects sold the eth. Fiat in, fiat out. Probably less out then in, but the most you can say is that ICOs were neutral price wise in isolation, but came with value creation benefits in that at least some of these projects did build cool things that brought in new users.

Defi, in some ways, is the reverse of ICOs. That’s because you’re not giving eth for a token. In many cases, you give the token for eth.

The airdrop model gives you the token for free as a user of the project. Others might want to buy it, and here we can have eth going to the token, but in a distributed way rather than concentrated as in ICOs. You can also have new fiat coming in as people want all these tokens.

Those that got the token for free might hold it, fiat it, or eth it. That some will take that third option means an airdrop is a net positive for eth’s price in a direct and isolated way.

Maybe you have to cancel it for what eth goes into the token, but since there are new projects, new innovation, and new opportunities, the new fiat that might attract means it is difficult to see a negative and it is easy to see the positives especially as a lot of the giveaways will be eth-ed.

For NFTs, the matter is a bit more complex. Beeple fiated his eth. We thus have the directness of ICOs. New money for eth to get the NFTs, that money goes straight out by the project holders.

But there are also NFT collections, and these are projects. You have a series of monkeys, when you mint one in a drop, you’re concentrating the eth. The guy at the other end may fiat, whatever it is, usually about $3 million nowadays for a 10,000 collection. Far lower than the craze of $4 billion that just one ICO reached in 2021.

We argued at the time, no one listened, that such ICOs should be capped at $20 million. NFT collections may have learned, and so we have decent seed amounts.

These are neutral. They’re small, and better stay there, with some of the NFTs from the collection held by the project and so if they execute, they get a deserved reward in the second market.

In isolation we get fiat in, fiat out, but value created, making it an indirect plus where eth price is concerned. However, we can now give this collection an actual token, and we airdrop it to NFT holders, or maybe even wider to Cryptokitties holders as well. Now we get the same mechanisms as with the defi airdrop. Eth for the token, token for eth, new fiat for both, and so a direct plus in addition to the indirect plus of value creation.

The latter, combined with the former, may translate to all NFTs being a direct net plus. Less than if it was just the latter, but still a plus.

Due to these mechanics, as a napkin model we might simplistically suggest that defi is 2x more valuable than the NFT space to eth’s price, with NFT’s value to the eth space being a positive non zero.

As such, we suggest they’re a boom to eth with less of a doom, in the short, medium, and certainly in the long term.

Because tokens are now given for eth, instead of the other way, not to mention all the eth burning this activity generates.