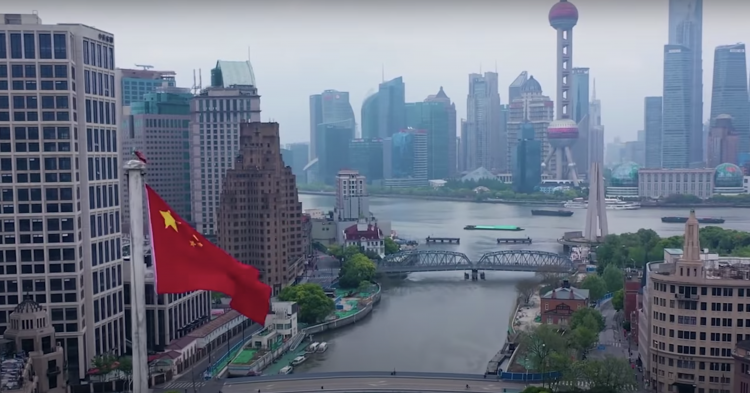 The move is expected to release 1.2 trillion yuan, worth $200 billion, according to their state financial media.

The primary cited reason for this cut is the latest announcement by Evergrande that it can’t guarantee it can meet its obligations.

Thus “real estate has brought related pressures on financial risks and economic growth, and the RRR cut has sent a positive signal to the market and stabilized market confidence.”

Hang Seng in Hong Kong fared worse at -1.7% while the Hang Seng Technology Index fell 3.34% to a new low with the Hang Seng Healthcare Industry Index falling by nearly 6%.

Media there says the latter is due to a rumor that a Hong Kong-listed medical company has falsified its performance, which has caused market panic to a certain extent.

Alibaba dropped by 8% before somewhat recovering to -5% with JD falling by 4.8% while Tencent was down 3.2%.

Western stocks in contrast are in green today. Footsie for once is up 1.13% as of writing. Dow futures say green 0.7%, but futures have been green all week with the stock opening then going red.

The rate cut however might soften sentiment as China is clearly showing they’re ready to print amid renewed panic in Asia.

Bitcoin dropped a bit during Shanghai trading hours from $49k to $47k with it somewhat recovering to 48k.

If Dow does really green this time, then bitcoin might move further up. Another red in contrast might be concerning.

Biden tried to alleviate some concerns last week, but fell short of any concrete statement or action.

The show for now however is clearly in China not in the west, except for US listed Chinese stocks, with this new printing perhaps leading some investors to crypto.

That’s especially as after one of the longest bull runs on CNY, the longest since 2010, you’d expect it to weaken at some point.

That might further strengthen the dollar, which could give Powell more room, while Lagarde stays quiet even as Europe riots.