Parliament to Vote on New Regime 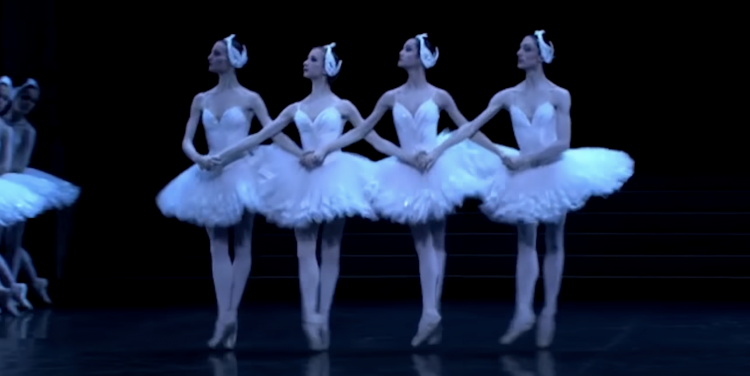 A vein revolt is afoot in the British parliament where at least 60 conservative MPs are set to vote against their own government’s introduction of a new regime in the United Kingdom.

For the first time in the 1,000 year long written history of this country, ordinary law abiding citizens are to request permission from the state run National Health Service on whether they can go clubbing or see their family abroad by receiving a license described as a vaccine passport, first suggested by Bill Gates during spring 2020.

This license is for just six months if natural immunity from the new flu is shown, for just two days if there’s a negative test, and for 30 days if there’s a vaccine with that 30 days period refreshing everytime you log into the NHS app.

Citizens and residents in UK will thus effectively be mandated the carrying of this app which can potentially provide tons of sensitive information to a centralized government database.

The bill has not yet been presented, so it’s not clear whether there will be any time based limitations or whether the new regime is permanent until revoked.

Nor is it clear whether it will give the government unchecked powers on what venues to add without further parliamentary approval.

Something that would make this not a vote on current measures, but a constitutional change in the social contract and a fundamental redrawing of the relationship between the government and the public.

Now two years on, the implementation of this new regime is expected to be effectively permanent in practice, rather than temporary, with the “cautious, but irreversible” exit from the lockdown this summer no longer being replaced with new promises of a return to normality.

To the contrary, in the face of an angry public the new normal is being codified ostensibly legitimately through a vote in parliament, but that legitimacy is decisively negated by the revolt of conservative MPs which necessities the government conspires with their political enemies, Labour, to impose the most hated policy since the Iraq War.

Boris Johnson, the leader of conservatives and their chosen Prime Minister, is likewise beginning to look more and more like Toney Blair as he too becomes the face of this new regime worldwide, as Blair was the face of neocons.

For it was this Johnson that went against British scientists who advised for the strategic approach of herd immunity in March 2020, when they rightly said there wasn’t much that could be done except shield the elderly, something now proven as this vaccinated population keeps being under license, rather than sovereign.

His shocking u-turn, and his arrogant dismissal of long made plans by the civil service on how to approach a similar pandemic, forced Europe to follow through and then America too with lockdowns and restrictions that have not worked as shown by the fact some countries in Europe are back in lockdown.

This security theatre, just as the Iraq War, must have a certain agenda as new tax and licensing requirements are implemented in test costs and vaccine costs with big pharma standing to make probably trillions at the expense of the mandated public.

If this can’t be stoped politically due to the government conspiring with its political enemies against its own constituents and voters, a resistance will form and as we have seen in the past week with the partygates, it will have support in the highest places.

Courts in America have however declared a lot of these measures unconstitutional with British courts potentially doing so likewise due to its clear contravention of the Nuremberg code.

A fundamental breach of principle that will have Tuesday’s vote read back to MPs for years to come as the situation worsens, which it will because this is a recipe for a recession.

But the public will yet again have no say while political enemies conspire against the public, showing clearly once again the fundamental flaw in our governance where those governed are limited to just choosing who will be their dictator for the next four or five years, with no constant input by the public through a Citizens Assembly.

So we can’t stop this either except through a general subversion of the unconstitutional imposition of a new illiberal regime that wants to make the routine medicination of the population mandatory.

And all we can ask is whether someone like Rishi Sunak would be a Gordon Brown.

The public probably knows little about the chancellor except that he stood up when time demanded, and gave the world the blueprint on how to cancel the lockdowns economically.

At the very least, you’d think he is not a secret commie, like Boris Johnson clearly is with his courting of the deep red wall while he lets the blue wall crumble.

Sunak will probably want what the public wants. A low tax economy that has the government out of our ordinary business.

Considering Johnson’s atrocious negotiations with Europe, you’d think Sunak wouldn’t be able to do any worse anyway, and might even do better, like get passporting for the City.

He might do better in regards to Fintech as well, an area that has been deeply neglected by the buffoon that instead of giving us optimism, gives us banging fists on the table.

A Rishi UK would at the very least be perceived as competent you’d think, a stabilizing force at a time when we already have far too many destabilizing forces as it stands, without the UK joining this atrocious party.

And any comparison to Gordon Brown at this stage would probably be mistaken because Brown took power at a time when it was impossible to do better as Blair had just destroyed Labour, a Labour that now has been decimated in the last election.

Boris has not yet quite done that to the conservative party, but the implementation of this new regime will build grudges and will sow the seeds for a revenge that the voting public will certainly give at some point, if students don’t before them.

Thus it is a now or never time as this marriage with Labour has reached the stage where conservatives speak and act now, or forever hold the consequences.

While where the voiceless public is concerned, they have no choice but to continuously speak out, as sweet revenge one day will be ours, just as it was for the Iraq War.

This time it would be when we can actually get power, but it may be far sooner than that because this new regime so quickly after the neocon one ended, reminds us of a tale of spring and summer. A poem, our very own, called Springs Liberty:

The twig,
of winter spring,
greets the ice,
under the sun shine.

The cold,
that clipped its wings,
replaced with warmth,
of energihees.

And so he looks,
this dove of ancient,
the valley green,
water oncce more beheheeam.

Libertas,
this beauty rahoound,
gone is the icee,
the tremor heart.

Yet wind stil flies,
snow once moohoor,
the old wives tale,
the tale of folklore.

Spring once said,
to summer wide,
give me six weeks,
to beat this winter, cahald.

So snow once more,
tremmo your heart,
tis winter still,
you dove of lahaand.

Till the beat,
cicarus,
in anger and rage,
birds takee their plahace,
and drums sing looouuuuddd,
from water shiihiiinneee,
the spring arrived, only summer nahow.