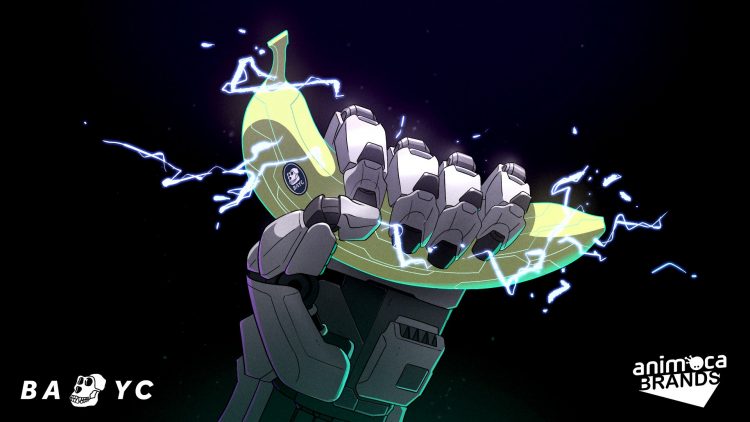 Bored Ape Yacht Club is a collection of 10,000 NFT images that have become entrenched in popular culture, gaining widespread attention and even setting a US$26 million sale record for crypto art sold on fine arts auction house Sotheby’s.

BAYC’s creators Yuga Labs have produced NFT collections valued at north of $3 billion and established one of the most dedicated communities in the NFT market.

Every Bored Ape NFT is unique and programmatically generated from over 170 possible traits, including expression, headwear, clothing, and more. Bored Ape NFTs grant their owners access to members-only benefits ranging from merchandise drops to exclusive events. Although Bored Ape NFTs were originally sold at 0.08 ether (ETH), their ground-breaking style has resulted in community fervor that led to Bored Ape #8817 being sold for $3.4 million at Sotheby’s in October.

Yat Siu, co-founder and executive chairman of Animoca Brands, commented: “NFTs have emerged as a store of culture. There are very few icons that are able to represent the surging world of NFTs as powerfully as Bored Ape Yacht Club, which is why we, as a group and in aggregate, hold a significant number of them. We are incredibly excited and proud to collaborate on a game for this cultural milestone.”

“We’re excited to work with Animoca Brands to grow the BAYC universe and expand the utility and benefits offered to all Bored Ape NFT holders,” said a Yuga Labs spokesperson. “Animoca Brands is a trailblazer in the blockchain gaming space with a proven track record of delivering. We can’t wait to share more with the community about what we’re building.”

The new game is expected to release in Q2 of 2022 and will feature play-to-earn mechanics.

About Bored Ape Yacht Club
Bored Ape Yacht Club is a collection of 10,000 Bored Ape NFTs (non-fungible tokens) on the Ethereum blockchain that have become entrenched in popular culture. Created by Yuga Labs, each Bored Ape NFT doubles as membership to an exclusive club, granting owners access to benefits ranging from merch drops to events. Commonly known as BAYC, the collection was launched in April of 2021 and has expanded to include the spinoff collections Bored Ape Kennel Club (BAKC), and Mutant Ape Yacht Club (MAYC).

About Animoca Brands
Animoca Brands, ranked in the Financial Times list of High Growth Companies Asia-Pacific 2021, is a leader in digital entertainment, blockchain, and gamification that is driving digital property rights via NFTs and gaming to help build the open metaverse. It develops and publishes a broad portfolio of products including the REVV token and SAND token; original games including The Sandbox, Crazy Kings, and Crazy Defense Heroes; and products utilizing hundreds of popular intellectual properties including Formula 1®, Disney, WWE, Power Rangers, MotoGP™, and Doraemon. The company has multiple subsidiaries, including The Sandbox, Blowfish Studios, Quidd, GAMEE, nWay, Pixowl, and Lympo. Animoca Brands has a growing portfolio of more than 100 investments in NFT-related companies and decentralized projects that are contributing to building the open metaverse, including Axie Infinity, OpenSea, Dapper Labs (NBA Top Shot), Bitski, Harmony, Alien Worlds, Star Atlas, and others.