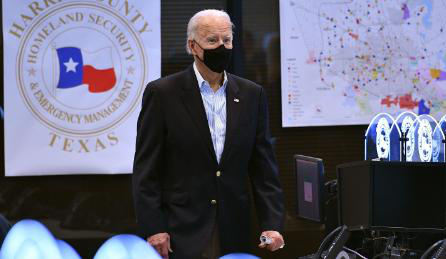 The United States government debt is closing in on 150% of the GDP, its highest level in history and by far.

The government debt level currently stands at $29 trillion for the first time, up by $8 trillion in just two years.

The Biden administration is now spending $3 trillion more than it takes in taxes, up 3x from the $1 trillion deficit in 2019.

That deficit is set to fall, but combined with state level spending, the government now accounts for nearly 50% of the GDP.

That might be one reason for the significant slowdown in growth in recent years over the 80s and before as a bigger burden is placed on the free market to support the generally bureaucratic government departments.

As Japan, Italy and other countries have shown, the more government debt increases, the more the economy stagnates because more and more productivity has to be used on dead weight: interest payments.

Interest rates are set to rise in a year, something that will increase the already high cost of furnishing this debt, with the Congressional Budget Office (CBO) estimating back in 2019 that even at the $21 trillion debt level, some $7 trillion would have to be spent in just interest payments over the 2020s.

That figure may double or more now especially when one accounts for higher interest rates and for the fact the huge deficit is not quite going down.

Alternatively, the government can engage in reforms to promote growth, including an overturning of investment prohibitions and a liberalization of capital formation to spur innovation and thus increase growth and productivity.

Biden’s approach so far instead has been to just raise taxes, albeit he claims only on people that earn more than $400,000, but everyone knows an increase in taxes generally means the middle class pays more.

There could potentially be a reshuffling of them dominos by progressively laddering things like the inheritance tax, but fundamentally the problem may be the relationship between the state and the economy and the fact the state is just too big.

Google works with the government and they all do, creating a barrier to competition because a new startup is not going to get these huge contracts, and thus won’t have the fat profit margins to compete.

This might explain why higher debt means more stagnation. Not just the numbers themselves, although those costs are a burden too, but because the state gets to have more and more control over the economy, and thus gets to cancel more and more natural competition, and so in effect eventually kills the free market completely.

Ostensibly communist China, in contrast, had government spending account for just 20% of the GDP in 2010s. Even now, their government debt levels are at 60%, where the west was in the naughties.

Interestingly, and this might be a coincidence, their 37% government spending in 2020s and this 60% GDP debt are the precise figures for UK just before the banking collapse with China now too, coincidentally, having a property market collapse.

So there may be a very direct cause and effect here, and thus debt heading for 150% of GDP is worrying because it may well kill the engine of the free market, as arguably it has in Japan.

As such this spending needs to be gotten under control, through a combination of liberalization, smart taxes, and making the government more lean because it clearly has far too much fat as all this deficit spending isn’t leading to any growth.