Tesla to Accept Dogecoin For Payments 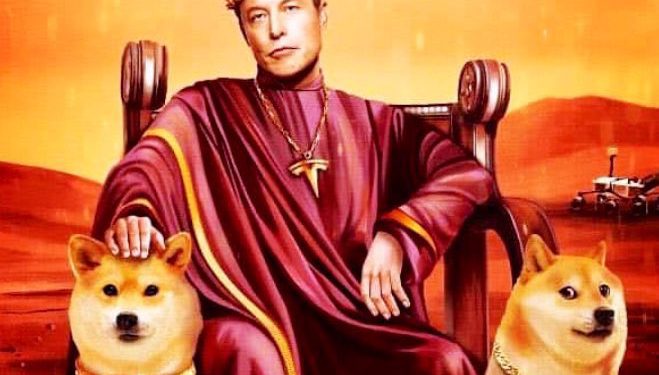 The world’s biggest car manufacturer, Tesla, is to accept dogecoin in a very first of its kind in crypto history. Its CEO Elon Musk said:

“Tesla will make some merch buyable with Doge and see how it goes.”

That was enough to bring some volatility to the cryptocurrency which after some ups and downs, ends up the week at -2%.

A lot better than Tesla where about $100 billion have been wiped out in the past five days as Musk sells some $12 billion worth of stock, with the price down 9%.

Joe Biden is taking the blame for this red due to introducing new taxes that has seen the ultra-rich, like Jeff Bezos, sell a combined $40 billion in shares, far more than less than $10 billion in 2019.

Are they done, is the big question, with another big question being whether this is just Tesla’s first step towards starting to accept bitcoin payments again.

Musk is probably just testing the waters to see what far left zealots say about his decision to accept a crypto again.

Last time they successfully weaponized ‘the environment’ to get him to back down, but now it has been long enough and crypto musking is no longer quite new, so maybe those commies will just see it as Musk being Musk.

Far better than the Discord co-founder, who backed down to the furies while they were calling for the overthrow of capitalism, just because the techy wanted to offer eth projects some convenience.

Musk instead is standing some ground and that’s because he thinks it utterly ironic if the currency that was launched as a joke ends up the one that actually becomes a used currency.

Dogecoiners however aren’t really into actually using their crypto as a primary currency, they’re into memes, jokes and hahaha.

It isn’t clear whether in this 2021 anyone is into using their crypto as a primary currency, except maybe in Lebanon, Venezuela, El Salvador, the Moon.

Because that might be more a side effect of digital money becoming the internet currency for internet things, like NFTs, virtual land, or racing digital Tesla cars.

Musk is ahead of himself thus, or behind. Ahead in as far as crypto payments for physical goods is very niche and might stay niche for some time. Behind in as far as cryptos are not quite just money, the money part is ancillary to the protocol ownership.

Dogecoin and even bitcoin thus can not quite compete in a new world we’re entering, a world where cryptos are not like dollars for goods payments, although they can be for that too, but where cryptos create from nothing a whole new digital economy that runs on the crypto standard.

Code money can be useless in the physical world, except that you can’t devalue it. Code money or a money protocol is vital in the digital world to unleash a whole new world.

So accepting Dogecoin is cool, but building crypto things would be even cooler because crypto isn’t quite a joke, it’s new money, just not quite as we understand money.