DeSantis Comes Out as Bitcoiner 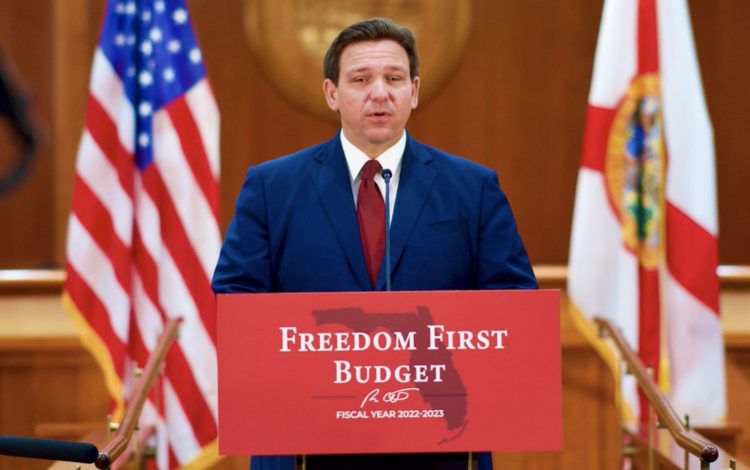 The governor of Florida Ronald Dion DeSantis has effectively come out as a cryptonian in one of the biggest political win for this space since the French finance minister waved the crypto flag.

Corporations in Florida will soon be able to pay state fees in crypto as the new budget says it aims to enable a crypto-friendly Florida.

It says “Florida encourages cryptocurrency as a means of commerce and furthering Florida’s attractiveness to businesses and economic growth.”

It will also blockchain, allocating “$250,000 to support a Blockchain Title Pilot Program within the Department of Highway Safety and Motor Vehicles.

So nearly $1 million for our coders. Not bad as a start with DeSantis himself proposing his measures as he said last week:

That makes Florida the biggest US state to be overtly supportive of cryptos with DeSantis bragging about his economy growing faster than US more widely.

The catholic of Italian ancestry probably came to the attention of most when Floridians told their friends it is illegal in their state to ask for compulsory mask wearing, let alone vax passports.

We tested that this summer when Miami was host to arguably the best bitcoin conference yet that gave us dogecoin boy and much more.

The Miami mayor Francis Suarez was also not shy about wanting to attract crypto businesses, but some wondered about DeSantis himself when he was silent about the crypto bill while it was going through the senate.

He is governor, that’s federal matters, not state, nothing to do with him, some said. Now however there’s hardly any reasonable doubt that he is at least very likely to support this space if he gets the highest office in the land and in the world.

Can that really be true? We’re so used to three digits millionaires and billionaires in politics, but there’s no evidence to the contrary, so presumably he would be the first ‘normie’ in our times if he does get the presidency with this guy young enough to have served in Iraq during the peak in 2007, down with the boys.

He is just 43 in great contrast to the very old that have been ruling us now decade after decade to the point the public is fed up and do want a young one.

Against Joe Biden, you’d think DeSantis would definitely win because Joe is just too old really. But Dems probably won’t put up Biden against DeSantis, unless they wanted to lose. So what sort of race we would get is of course to be seen.

Where the country is concerned, DeSantis would probably most likely win against Donald Trump. The latter has too much baggage now and it is very difficult to see independents backing him.

Where just republicans are concerned, it is probably less about who would win and more about what the process of the two going head to head would mean.

So there’s a courting dance of sorts, but it appears a bit obvious that DeSantis should run and Trump should not challenge because if Trump wins the nomination, then Democrats will put up Biden again, and Biden will win again, and thus a Trump candidacy would be the Republicans saying they want to lose because there’s no reason whatever why there should be a different result.

Moreover, the grand grandpas have had their fun. The public, you’d think, would get very angry at a non-election, and so if Trump runs again, Biden might even landslide as there is no reason why the public shouldn’t punish the Republicans for what would be pretty foolish, another highly divisive and very much pointless re-run that will bring up some terrible memories, like the storming of Congress.

If DeSantis is nominated, then the public would be given what they want: a young candidate. It would then be up to Democrats to either put up a proper challenger, or lose.

If they put up Biden, then it appears a bit obvious he would lose on age alone, if nothing else because where other policies are concerned DeSantis appears to be fairly center, wanting less taxes, wanting economic growth, more free market, promoting tech, and we’d finally get a president younger than Putin or China’s Xi so maybe we get to outmaneuver them for once.

If on the other hand Democrats put up an actual contender, then we obviously have to see who and their policies and in line with the general public we’ll have to decide.

But, it looks only up here for DeSantis and that means for America too as they’ll get a president with the times and in the times, someone that probably played playstation when we all did, rather than whatever they did in the 60s.

Also he is ‘poor’ by the ordinary standards of politics, so he’s a common man and thus should re-invigorate the United States and energize it, with crypto and blockchains.

He should run, regardless of what Trump does, because the country needs him and the country definitely needs a proper election in the iconic year of 2024 when flying cars might debut in the Paris Olympics.