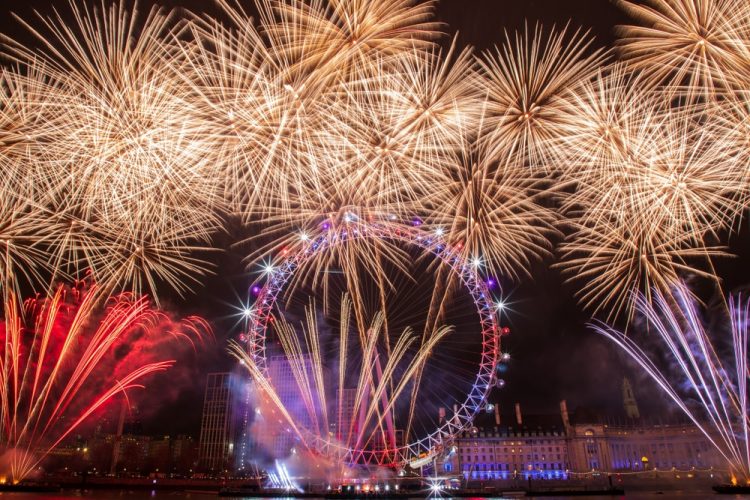 The year of boom comes to a close with the big question being whether this is just the beginning of a decade of boom, a roaring 20s, or whether 2022 will be more like 2018.

Tis a ‘normie’ place. Not low, not high. Neither sweat nor sour. Just ordinary confidence as the United States enters another new year still number one.

A new year during which the risk of some countries going bankrupt is at least higher than it was. Many are deeply indebted. Inflation rages. The suspension of the bond market will at some point give way to the judgment of that market.

And yet it isn’t too difficult to see buoyancy, at least in the United States where they have the very competent Jerome Powell, and in the United Kingdom where Rishi Sunak does still impress.

Mario Draghi of Italy may keep the south at peace, both economically and otherwise. Le Italiani, though still not quite on the map, may however in the coming year start becoming relevant as the tinkles of a new confidence may be smelled in the air.

They have plenty of regional responsibilities that arguably they have failed to uphold, but the Albanian Prime Minister signing an economic cooperation agreement with the Serbian President, while flags burned in Tirana as a thank you for the flags previously burned in Belgrade, may suggest there’s a certain will to master the currents.

Arguably no more so than in the Middle East where finally there is largely peace. Fresh from hell, you’d think this region may well become the growth story of the decade as Saudia liberalizes, Qatar tastes democracy, and Turkey beats the markets.

Though there may be trouble in China. The theatrical lockdown of a genetically immune peoples may suggest a magi show as careful planing for over a year greats the forces of nature in a fallout from the property collapse.

The favorite nation is thus due for some re-adjustments as it makes the great strategic mistake of removing term limits, that thus places the fate of a billion peoples and their relations on an arguably unwitty man and a deluded singer.

But, though their government has left us, we won’t leave the people. We’ll in fact, for once perhaps, heed the words of Jesus and turn the other cheek instead of responding in kind for their pandemic, and we’ll look out of the window to see if our friends do return again.

Not in Russia. There, the stick. They’ve been cuddled for too long, given complete free-reign, allowed to attempt backwardness in our own Europe, allowed by our donkeys for far too long to string the harps of emotions above rationalism.

We’ll wait for Catherine the Great. Until then, there is no Russia. All it do, but a figment of imagination. Adios thus, Putin the imposter, for you’re now but a ghost to this generation, a fixture of irrelevance, a toy of long gone eras, and above all, a bewitched fool that kicked out our Pavel Durov with your legacy being the impoverishment of the Russian people.

This year suggests some sort of magic. An internal revolution of sorts, a spiritual revolution, as mankind generally looks again to the future and that hymn immorial: the progress of man.

It is the year of the pen thus, and maybe in decades to come it is this year when most immortal works are produced.

For the convergence of many forces, leave due to clarity. The battles of so many years so give way to a peaceful content-ment where a lot is certain and thus much is just to be enjoyed.

Maybe the world will even find love this year, for it is very much the first time in living memory at least since the 90s that one can see the butterflies dance.

There is no real trouble anywhere in the globe to the care of rational pen. There are no longer even lions or tigers to follow caved dragons. There is in fact, at least in mind, a global paradise.

Man has become, though maybe he doesn’t know it yet. Fresh from hell, the globe over, perhaps now is more the time to enjoy the plentiness, the beauty, and the creative spirit that stroke by stroke, is adding some color.

And though of course there are risks, one would like to think of them as the temporary winds of spring that try to keep winter, but of course can not as summer is comming.

An eternal summer, hopefully and at least in our time. A human species united in the cause of rational progress and the goal of making our ancestors proud, and those that follow, towards the aim of conquering actual whole planets.

And though some fear, many fear, it does feel like a year when humanity as a whole gets a better understanding of what it is and why it is. And once you do, there can not be any fear, can not be even any anxst, for we are immortal as energy can not be created or destroyed.

It can change state however to lower energy, and that’s pretty much hell, which is why we have to work very hard to keep it at high energy, to beat it at all time, so that we can keep enjoying paradise.

And as the fireworks beat thus, that turned out to be our message for the new year. Happy 2022! May it bring you your three wishes which we are certain it will as you perhaps just don’t know it so.