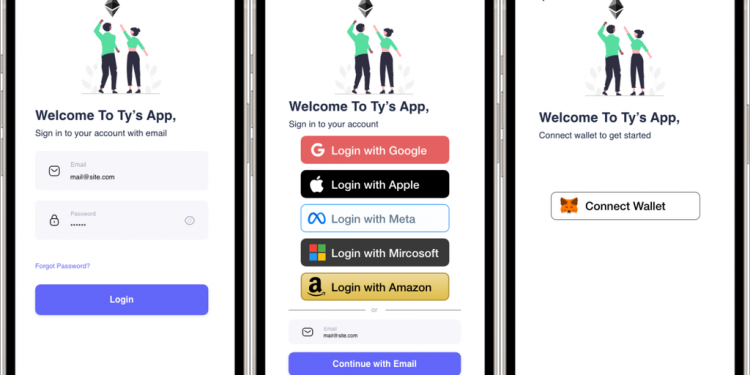 Fred Wilson, one of the most prominent Silicon Valley Venture Capitalist (VC) and an early ethereum proponent, argues the disruptive potential of web3 is due to new capabilities that for the first time provide a global decentralized database open to all.

“It all comes down to the database that sits behind an application. If that database is controlled by a single entity (think company, think big tech), then enormous market power accrues to the owner/administrator of that database.

If, on the other hand, the database is an open public database that is not controlled and administered by a single company, but instead is a truly open system available to all, then that kind of market power cannot be built up around a data asset,” Wilson says.

He cites Albert Wenger, a partner at Union Square Ventures, who argues Facebook, Google et al, are basically a database. The internet facilitated permissionless publishing, but the centralization of data on a few platforms means “only they get to decide who has permission to read and write to this database and which parts of it they get access to.”

Jack Dorsey, the founder of twitter, recently said he regretted Twitter’s decision to remove the API. He has now left the company entirely, but by now many have invested a lot of time and even money to build up a twitter profile. They’ve become a captured audience, and with no competition being possible because no one has access to Twitter’s database but Twitter, the ‘regret’ may come across as empty words by a company that can act as a monopoly of sorts.

“Put differently: it turned out that permissionless publishing alone was insufficient. We also need permissionless data,” Wenger says. “Why do we need this? Because otherwise we are left with a few large corporations controlling much of what happens on the internet, which then leads us to all sort of regulatory contortions aimed at rectifying the power imbalance but in practice mostly cementing it.”

Much skepticism has been expressed however in part because it is not quite in the interest of those on the frontline building web3 to clarify what future they’re describing exactly and what opportunities are present.

The term web3 in some corners is being met with the same opinions as some may have about cryptos. There’s an update failure, arguably, as people that became somewhat familiar with crypto in 2018 now address the matter as if it is still 2018, and for some as if it’s still 2011.

It is however in 2018 that this argument about ethereum disrupting data monopolies was first publicly made.

We didn’t understand it at all at the time, but the argument appeared powerful. Yet ‘just how’ was a very big question to this statement:

“If we think of the internet as an open public communications medium that fundamentally altered the way the entire media industry works, blockchains are open public data stores.

The thing that Google, Apple, Facebook, Amazon, will not be able to do is open up their data sets. And so the argument we made to SEC is that this is the next wave of technology.

If we’re going to open the market for another wave of innovation, for another emergent bottom-up start-up innovation, the only possibility we have is to change the game. And this is the best chance we have.”

Four years on, we have a glimpse of what exactly was meant in the decentralized finance (defi) space. These are open protocols or platforms, and they are the first proper apps to arise from what is now called web3, a term used to describe an app space that is distinct from the wider crypto space.

Crypto is bitcoin, or ethereum, or dogecoin. Units of account on a blockchain. Web3 is more smart contracts, the apps built on the blockchain.

The blockchain is as secondary to Web3 as the internet is to Google or Facebook. Web3 thus is the actual products, the blockchain is more the pipelines upon which such products run.

“Permissionless data was a crucial missing piece – its absence resulted in a vast power concentration. As such Web3 can, if properly developed and with the right kind of regulation, provide a meaningful shift in power back to individuals and communities,” Wenger says.

Parsing that sentence is difficult however even for someone familiar with crypto or ethereum. Permissionless data is too abstract a term, conjuring questions about DMCA. Open data is clearer, but suggests there’s a central entity that is opening up their data, rather than the inherent nature of the data itself being that it is public, like ip addresses.

That still doesn’t touch on the benefit of this inherent quality because public data is more academic stuff for studying. This isn’t thus just data, it is more a public platform with an inbuilt account system.

Ethereum is Facebook, but a lot more because it is also Google. What’s more, Google and Facebook can talk, and most crucially neither Google nor Facebook can prevent the other from talking to each other.

It’s a flat earth, a flat internet, and that gives rise to new possibilities, new opportunities. But just what?

And here may be where a lot of the confusion arises as the tendency is to see Facebook, to see open data in relation to it, and thus you end up with Facebook, but on the blockchain.

As that isn’t cool enough, new enough, or a huge improvement, you then just dismiss web3 as a marketing term and go back to your prejudices about haha dogecoin.

But Wilson is not talking about Facebook literally. He is more trying to explain the internet in relation to the TV because web3 open data is not quite about Facebook, but about innovation that is possible due to having a new world where datasets are not in closed systems.

“We didn’t have a protocol for maintaining consensus – meaning agreeing on what’s in the database – that would allow anyone to join the protocol (as well as anyone to leave) [before ethereum].

It is difficult to overstate how big an innovation this is. We went from not being able to do something at all to having a first working version.”

It is not quite 1995 now however, it is more 1997. So we wouldn’t quite call it a first working version at this stage because we now have Netscape, Altavista, not quite a barren blockchain anymore.

We have an entire ecosystem that is built on smart contracts with defi and nfts sharing in common that permissionless aspect. If BAYC thus is Facebook, we can still put them apes in whatever game we want or defi collateralize them with the ethereum addresses providing that openness and the audience for any coder.

This allows one to build on top of innovation or create new innovation from scratch, with no entity able to cut you off once they have a captured audience because the accounts and the data and their ownerships and permissions to it are all public and accessible to all based on private key authentication.

Since we can not quite innovate on web2 anymore because you just can’t compete with Facebook as it will just copy your idea, what Wilson is saying is that prospective entrepreneurs and startups should look at this web3 as there may be innovative ideas he would like to fund.

In describing it as a permissionless database, he is just stating why he thinks there might be such opportunities.

Unlike what some suggest, he is not thus saying go buy crypto, although you can do that too if you want. He is saying go build on web3 because it is a unique space with many opportunities and also with plenty of problems at this stage that you can solve.

Just what? – is like asking in 1995 what is Facebook. Wilson maybe has some ideas of what he wants, but it is more likely that he doesn’t, except a vague idea that there are a lot of opportunities in web3 which as an entrepreneur or a promising startup is your job to find and present them to maybe get funding.

Because if he says that’s where innovation is happening, and he happens to be in the job of funding innovation, then who really are all these other ‘skeptics’ to suggest otherwise on captured monopoly web2 platforms that suffer from a September problem like no other.

A problem that web3 maybe can solve, or doesn’t, but at least it gives a new playground for us all to have fun to see if it can be solved as there clearly isn’t much else to do on web2 now that they’ve destroyed the commons.

A final point to make is the perspective of years or even decades. Wilson et al point out for example that once there’s a unique offering – here a global, permissionless, open and decentralized public database – the short-fallings or the uncompetitiveness of other aspects is gradually addressed.

It is an inefficient global database compared to private ones, but it will become efficient with gradual improvements because the unique offering will attract sufficient talent to address those shortfallings.

When you’re in the business of funding startups thus, or indeed buying tokens, the question is whether the problem is big enough and the audience is big enough for your $500,000 seed funding to pay off in a decade from now or half a decade at best when you can exit once the product has decent profits.

As such, the skeptics look at the present and see there’s nothing there. In contrast, those that want to build or fund the future look at whether there is a sufficient unique value proposition for there to be a something in the years to come, something that can start now small, and grow big.

On those terms, it is difficult to doubt that there is something and it is sufficiently unique. Just what, thus, is for the bottom up innovation to say and present, with that answer most probably not quite meeting the September boys until a decade on when they can be hired by the now giant startup and keep on Septembering in their 9 to 5.

For clearly some of the comments on the ostensibly startups space of Hacker News – very much a shell of what it was a decade ago – seem to suggest that however much it might sound like a cliche, it actually is still very early in this space as very little has quite been built yet.