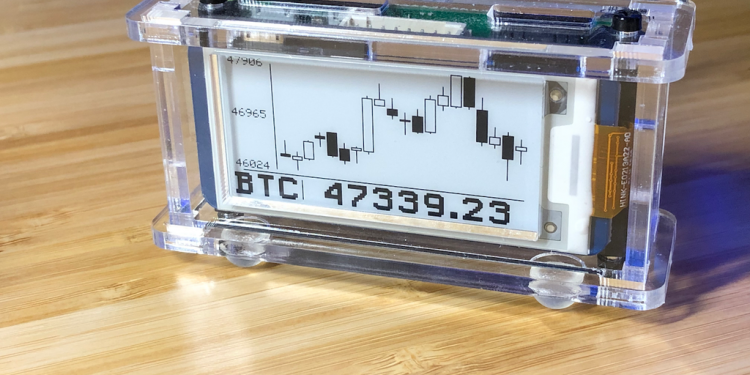 It feels like a lifetime ago, an ancient era, when the first bitcoin block was mined amidst intense skepticism that decentralized digital money can be code robust.

For such an historic event, there was no launch party as far as it’s publicly known. Few even knew there was a launch at all. No press release, no Twitter bot spamming, no Reddit stuffing and no Facebook algo gaming.

Maybe in part because none of those quite existed at the scale they do today. In 2009, Facebook was a bit of a dead ghost-town of former students that kind of hated its corporate look and so didn’t much use it. Twitter was unknown. Reddit was the new hanging out space for the cool kids, the smarter ones, a world away from the current Septembered platform.

That Reddit however was a bit busy with Occupying Wall Street, a performance movement that said, without saying, Generation X as it then was had forgotten how you do protest movements, let alone revolutions.

It was a different world too. History had ended, we were told as students. No more utopias or dystopias, just an endless ‘Washington Consensus’ that demanded the uprooting of our manufacturing and a vast economic transfer to China.

Russia was still a maybe friend. There was no marxism as such and no nazism, except in the far no man land corners of the internet.

But there was a revolt. Julian Assange and his Wikileaks was to give the United States one of the biggest blow yet in releasing tons of diplomatic confidential communications from just US embassies across the world.

Occupy Wall Street, though laughed at and ignored while drawing much curiosity, failed to join cause with in effect their brothers and sisters, the angry and raging Tea Party movement.

Two years earlier, students in Britain were about to rise, but Tony Blair skillfully pre-empted them, resigning in front of Parliament, with the successor, the papaish pitfull Gordon Brown being no figure to rage at.

It is amidst all those currents with a banking collapse just a background of a far bigger pantomime, that the still unknown man-legend Satoshi Nakamoto offered an outlet to shift the tectonic plates of power, and thus politics.

While some raged, at a corner of the internet others were looking at building a web2 future. Social media was about to dawn, and young, smart, well educated men, were looking to build it to potentially make tons of money.

Rockstars, was their meme, of coders in arguably the most prominent startups incubator, the Hacker News.

Geeks had won, they said back then with confidence, implying Geeks now rule the world and those geeks are no longer geeks, but rockstars.

They did unleash a revolution in the Arab Spring of democracy and liberty in 2011. The empire was bankrupt, its vassals were falling, and Obama offered the hand of friendship.

At the same time bitcoin was soaring. It had reached dollar parity, Hacker News told all. It went on even higher, $11, an incredible number.

The balance of a naturally skeptical audience was turning positive towards this new thing. The coders were about to join.

The tragedy that unfolded in Egypt, in Syria, in Libya, now in Yemen, speaks to a very great incompetence certainly where a then very deep sleep Europe is concerned, but also of the American civil service as a whole which, despite its great might, must have been mindwrapped by the devils of war.

The tragedy then unfolding in bitcoin too is of course nothing in comparison, but it echoes the incompetence of a man at the right place and the right time, Mark Karpeles, just as that of Obama.

It’s not too clear what it said, except forget all things and let’s have fun. But the world was about to change. The Washington Consensus had silently pretty much died. And so maybe that’s what was being celebrated.

The greatest party arguably was in bitcoin. Awashed with free giveaways on Reddit, the biggest worth $2,000 of bitcoin, a Robin Hood of sorts had shown up to the masses, to students.

In that same 2013 an assault on the ordinary course of government carried the most controversial blow, a revelation of what was already unspokendly known, mass government surveillance.

It spoke, or cemented, a breach of principle that arguably it would maybe have better been to stay unknown as then at least we could still plead such principle.

China rose. It is that year they joined a movement which propelled bitcoin’s price to the dizzying heights of $1,000 in November 2013.

And yet, trouble was in store. The world was to change again, and with it too bitcoin.

The absence of 2014 and 2015 perhaps speaks more to the brewings of 2016. Anger at the leaders was fermenting revolution. Murdoch was to strike and break up the union of the United Kingdom with that of Europe. Trump was to fox news megaphone a crass and pig headed United States that raged at the then still continuing wars in the Middle East.

Your problems were all caused by others. Arabs, China, Europe, Russia. Nothing to do with a failed banking system and its occasional demand for dues. They had stolen and thieved, Americans were told,, or Europe had chained the island monkeys for the Brit audience.

In that Hacker News, those same geeks now told themselves the jockeys were actually in charge. The same kids that bullied them, now ordered the Septembered as managers or even as directors.

8MB, 8MB shouted the raving bitcoin crowd at one of the first gathering of coders in the heat of a technical debate regarding the increase of capacity.

Bankers won here too. The currency was to stay as an unthreatening digital gold, but there was no the currency.

Ethereum had just two world-ed too. Both within itself and arguably the crypto space itself. Unlike in politics, here it turned out there’s only and/and, not and/or.

And so confidence mooned. We could maybe do things better. This was apparently really decentralized. Time to end the war. Cryptos unite!

The Bloom of Doom

For politics had arrived. A mighty difficult task of keeping it at bay while getting what we want echoes in some way perhaps the failure to understand that some time, you just have to fight.

Trump had betrayed us. China had banned our exchanges. Ethereum was falling to capture. A mosque shooting happens in New Zealand.

A change of course so took decisive direction. A counter-revolution began. We want change, the electorate said, but not this sort. The French rose.

One by one, eventually, they were slayed, politically speaking. To clear the river, we got a pandemic.

It was the toughest year, 2019, arguably tougher than any in bitcoin. But the winds of change did sing again, and so a different sort of two worlds was coming.

The Revolution of Thought

There has never been a time when different classes lived in more different universes, at least not in our lifetime or any book we’ve come across.

A pandemic had struck, of which some thought more a pandemic of communism. Fresh from the defeat of nazis, by the independents primarily, the commies so thought it their turn to rise and take charge.

Free money for all. Stay at home and no work for half of the menial middle class, while the plebs keep on and most crucially the busses keep running.

But the real free money of course was to those that could, if they wanted, do something about it all. The business class, investors, digitally self-employed, techies, health care, basically those with a masters or smart enough to not need it.

And the even more real free money was in this space. Defi was born, and that is a revolution in thought because for the first time in more than a decade, we finally had utility, an actual competitive product, actual use.

It is of course a year that will be encapsulated by that image of the drums beating to doom, while the cat happily dances to the tune, for there was no other way to rationally stop it all but revolt by ‘voting’ for bitcoin.

And they did. Bitcoin was elevated to a tool amongst financial tools. The currency became normalized. The defi space had opened a door that said we know how to dance.

2021 in contrast has been more weird in that a sheer power of will to birth NFTs raises more perplexing questions of the world reflection as some sort of counter-propaganda perhaps.

It’s as if saying look at your illusions and even delusions and see to just what pits you’ve fallen. Look at how we too can play this facade of make believe and trip you, trap you, even checkmate.

And so bitcoin grew up, and now presumably the little blond boy is maybe wondering what he will do when he grows up.

It may be this year that he gets them hormones, and with it too the exploration of love. A spring thus, one should think. A spring in the year of most content in the childhood era.

That would suggest no downwards tantrums. A mature boy that considers himself very grown up, even quite knowledgable, and annoyed, at least slightly, at still being treated as a child.

Unable to quite comprehend why, for in his simplistic pre-youth he considers to know very fine, is there quite a better year than just before pre-hormones.

Innocent of them love desires, of conquest, of empire, and their many traps, the world is more a loving oasis.

And the better part is, the coming spring of love. Such new thing, and such pleasure of god.

He is yet to taste wine, home-made from the vineyards of the Mediterranean, the sort you can’t quite buy.

He is yet to taste the confusion, with its awful traps. 50 L2s for the dances of the muses.

And above all he is yet to taste the ingrained knowledge of purpose.

He has instead just opened one of the best year of existence. The mighty 13. Capricious, but still innocent. An adult, but still a child.

All we can do is but wish him the finest excursions, the best of sublime thoughts about what is to be, and the most acute observations of what are others.

And more than that, though he can’t forget it for it is an unforgettable age, may he have clarity in times to come of that feeling of ease, one he won’t greet again for another decade.

Happy birthday bitcoin. Know at least that you are loved, and that the journeys to come will be ours as much as yours for you have become part of the world.