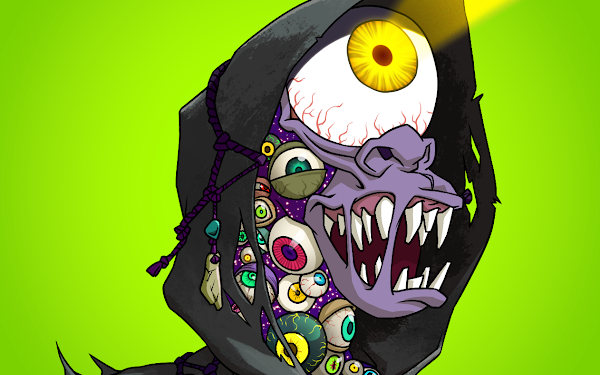 An NFT that mutates an ape jpeg has sold for 1,542 eth, worth about $6 million, making it an all time high for the serums.

Deepak Thapliyal bought it, the ‘Chain’ CEO, a cloud blockchain infrastructure provider. “For the culture,” he said shortly after the purchase.

There was a war of bids. Meta4 Capital, which invests in “rare and historically significant non-fungible tokens,” wanted it for 1,500.

Thapliyal won however, because “I am become meme” he said, echoing Elon Musk saying the same thing in February 2021 as Tesla soared and so did bitcoin.

The NFT transforms a Bored Ape Yacht Club (BAYC) into a mutant version, with it given out in an airdrop to BAYC NFT holders.

This specific one is unique because it’s so big. Therefore the mutant will presumably be impressive too.

There’s a whole ritual to it nowadays with Ethereum’s Co-Founder Taylor Gerring livestreaming the mega seruming of his ape.

That gave the pretty ugly, though cool maybe, featured image we have used above.

There will be a game of the apes and the mutants in collaboration with Animoca Brands, so potentially giving these NFTs some use.

Otherwise, there’s the partying too. Thapliyal will throw one on the metaverse in Decentraland.

“We are going to throw a banger of a reveal CHUG party in the Metaverse. I am working with a number of community members to set this up and working on securing a main stream DJ performance for it,” Thapliyal said.

The Party Goes On

While bitcoin and eth are a bit wobbly with the market somewhat uncertain of direction as investors wait to see whether the bull goes on, in NFTs generally and in BAYC specifically, the party very much goes on.

NFTs have risen to a combined market cap above $10 billion, very much an all time high.

The mutant apes have crossed a market cap of $350 million, up from $190 million in October.

Their floor price, the lowest selling recent price for such NFTs, has also risen from 4 eth in October, to 16 eth.

If one was expecting a slowdown, there isn’t one here. Nor for the bored apes at double the market cap of now $640 million.

Small in some ways compared to a lot of tokens, but the supply is so small that a bored ape goes for 77 eth now, worth a near London house.

It is very much a status symbol, how the rich now party when they might not be allowed to party in real life very much.

Eminem bought an ape for an actual London house of circa $500,000, and Samsung is planning to launch a TV that will display NFTs.

Where the apes are concerned it is also a mini-cultural thing, the cool kids paywalling themselves in their yacht digital parties while sometime we get a glimpse.

And ‘For the Culture’ has become the rallying cry. Who cares about money when you can maybe magic art, although art here is more the experience, like the Twitch livestream or the upcoming seruming party.

There’s the grift too, the flippings. You can easily go to the other side and dismiss it all as a cult, or a scam, or money laundering. No terrists here though at least as presumably critics would sound like clowns to accuse jpegs of being used by terrists.

Yet that’s in effect what South Park did when they accused NFTs of causing carnage. They presumably mean it is quite easy to lose money in NFTs and they’re right, but there’s a craving in some corners – especially in what can be called the neo-left or commies that don’t know it – to just engage in a dissing sport.

And so as ever, we are either seeing fools or geniuses. Dissidents or future leaders. The rabble, or perhaps the very cream.

But above all we are seeing fun. A very expensive one in this case, and a fairly weird one, but also cool, yet a bit of a mess, while giving us something to look and perhaps most crucially, giving us quite a statement: the revolution is occupying art, and thus perhaps the revolution has won.

Because this is pretty much how you would digitally throw a coming out party to say pretty loudly that we have arrived as we now control art, and thus the world of finance which is usually the one that patrons such art.