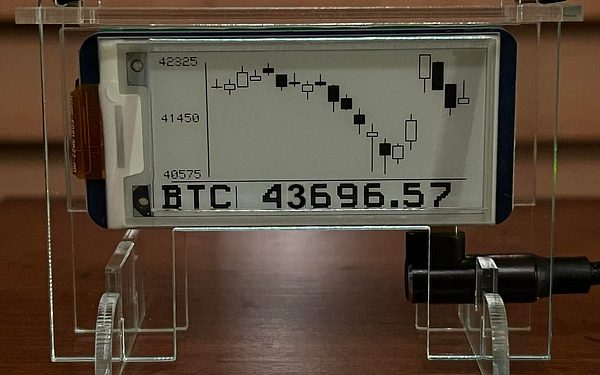 Considering the amount is now so small, and for the next two years at least it is below Fed’s own target of 2%, one can logically start thinking of bitcoin as kind of having no inflation.

It doesn’t, when compared to fiat, and in the iconic 2024 when flying cars may debut at the Paris Olympics, bitcoin will for the first time have less inflation than gold, the hardest asset known to man until now.

Of course, this has always been know. 21 million fixed supply, a non-inflationary asset, has been one of bitcoin’s selling point since always. But that was ‘selling’ long term eventualities, not what is now the actual reality.

The point was to price it in and have a long term view back when huge amounts of new supply was coming to market, but how do you really price in lets say your idea that the price should reach $1 million, or a market cap of $21 trillion.

You’re obviously not going to buy bitcoin at $1 million because its price is currently $44,000. Even if by some magic say in 2013 you could send the price to $1 million, that 25% new supply would probably make pretty sure it went down to $1,000 or less.

Pricing in thus at best is more the idea that those who have a certain thought have acted on it. It is not a suggestion that current price actually reflects future supply and demand because that’s usually unknown and while supply is known for bitcoin, making it unique, demand still isn’t.

That demand for bitcoin is due to many factors, one of them being its fixed supply. That means in theory bitcoin’s price should keep up at least with inflation, and with the rate of global growth.

That is once it has reached its final form so to speak, when the asset is seen kind of as it is now and is integrated with wider finance to act as a fixed measurer of value.

It hasn’t quite reached that stage yet, with plenty still calling it a scam, ponzi, yadayada. But, more and more see its unique property as a fixed measurer of value, and it is being used more and more as a sophisticated financial instrument, one tool among many in trading houses.

With that tipping point so passed and with bitcoin’s new monetary supply now at insignificant levels, it isn’t too clear why at this rate of inflation there should be so much pressure on price that we get a devastating bear market.

There is however one contrary datapoint at this stage that makes it unclear whether this is indeed the case.

That’s the fact the first half of the 4 year cycle has played out pretty much as expected and as in previous 4 year cycles, so why shouldn’t the second half?

One potential reason could be that the halving of inflation from 4% to 2%, or that 2% difference, was still sufficient to have an impact as inflation running at 4%, rather than at 2%, is of course different.

Thus it had an impact, with the big question now being whether the current 1.7% inflation also has an impact because although in the first half there was a material event, it isn’t clear whether in the second half that material event has not led to a situation where there is no longer sufficient price pressure from supply.

The next halving’s drop to 0.8% should arguably lead to a situation where theoretically there is no longer any noticeable supply pressure. The next two years thus may be a transition period to it whereby the falling of that new supply to insignificant levels begins now to be felt.

That needs more confirmation with the next two years giving a fairly unique datapoint where we see just what an inflation target of 2% means.

If we’re getting 3 or 4-monthish waves, then does the Fed target of 2% also cause such waves? It’s not a perfect comparison, but there is no other similar datapoint either.

On the other hand arguably price would be more stable, wavily stable, compared to previously, but one might also need to consider that a lot of other factors contribute beyond pure supply, such as the rise of new innovation like defi or nfts.

It may be thus such other factors gain more prevalence, and so rather than cycles, it’s more developments that affect price.

Alternatively if we do get a brutal bear as in previous cycles, which would mean a brief bottom of $7,000, then presumably there would need to be other explanations as you’d think 2% inflation wouldn’t be the primary cause of it, something that would be proven or otherwise if the cycle repeats in 2024 depending on how it develops in 2026.

So far however we’ve been having these three to four months waves, with it to be seen whether it will repeat again this winter or spring which would then give us a better idea of whether this now normal rate of inflation is stabilizing the price through far shorter bear and bull cycles than previously.