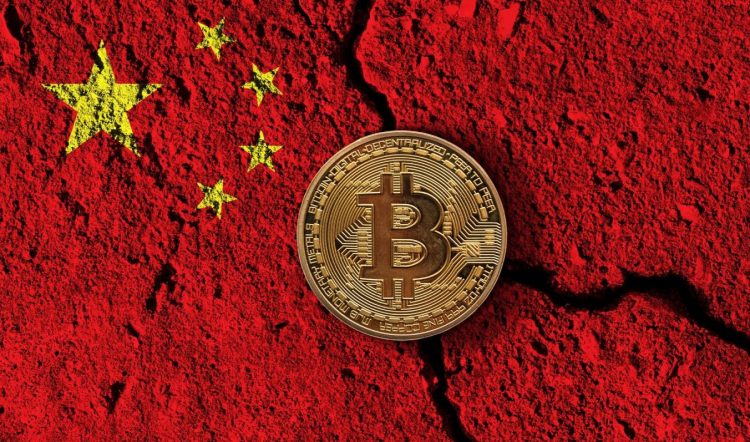 The once dominant Chinese market now appears to have little influence on bitcoin’s price with Asia’s trading hours seemingly becoming a bit quiet.

On a day that had much activity on stock trading, with the Shanghai Composite Index down 1.17%, the Shenzhen Component Index down 1.96% and the ChiNext Index down 1.71%, bitcoin pretty much sidewayed.

Bitcoin fell by about 1%, or $500, near China trading hours at 12 and 1 AM UTC, but the China moves are usually at 2 UTC, and here we have a bit of green, some consideration at 3AM, and then bitcoin goes slightly up.

$44,000 clearly is a pitstop for bitcoin, so maybe there is nothing that is quite being revealed here, but there’s a lot going on in China and you’d expect bitcoin to maybe react a bit to it during their own trading hours in light of potential devaluation and even bank crunch.

Talks of rate cut are heating up again as the economy is thought to have slowed down to just 4% in China, the lowest in decades.

CNY has been sidewaying against the dollar at 6.35 for more than a month in what might be a bottom as the US economy is expected to go at rates unseen in decades.

That has led to a rally in DXY, the dollar strength index, which is taking a pause following recent inflation rates, but mainly towards the euro which itself is seeing plenty of inflation.

Where China is concerned, there may be instead a contrasting story as for investors, once the darling of the world has now become a bit risky.

Political risks have been on display for much of last year, but now economic risks might be added to it as the slow property collapse rumbles on.

That means China is at crossroads, potentially historic ones. Xi Jinping is up for re-nomination. Some say re-coronation as they suggest it’s a done deal, even though it would be a third term in contravention of their own rules.

Under Xi, a brightening of outlook seems difficult to conceive as he appears to have fallen under Putin’s spell, furnished with the idiotic idea that good trade cooperation under the rule of law somehow means submission to the United States.

The fall of Russia economically speaking over the past decade, from fast growth under good relations with the west to now poverty for many of them, appears to be telling Xi and China’s leaders pretty much nothing.

Foreign investment therefore may flee, gradually, as a partner peoples and welcomed guests start becoming uncomfortable under the flexing of the muscles of a Russian style authoritarian leader.

China is not quite there yet, however. It is more Russia in around 2012. Still partners of sort but with a lot of unclarity regarding just a few years from now let alone decades as many investments may require.

Part of that uncertainty is due to whether Xi will really be coronated. If so, then it is difficult to see how relations can improve under his hardline semi-communist approach.

The Chinese economy and that of America are seemingly currently headed in a different direction with much growth expected in USA, and not much in China.

In stocks likewise there have been days of green in Shanghai, but red in New York, or vice versa as might be today according to stocks futures.

Logically that makes sense. If funds are taken out of China, they’ll have to go somewhere. The Chinese money can’t move much due to capital controls however, but a lot of that money is foreign which can easily move and may be on the move.

From a grand picture strategizing with a view of decades, an investor that wants to own some of the future might currently be quite worried about any investment they have in China and may well be very hesitant to invest further there.

That’s because bitcoin is maybe not the future, but it could be and the way it has been treated by China shows something quite fundamental that speaks of a lot more than just bitcoin.

As any student of history knows, the future requires a fight in the present. Galileo is the great example. Copernicus was burned in the end for saying what we now very much accept, that the earth revolves around the sun.

The first attempts at flight were very much ridiculed. The first suggestions that the world is round, likewise.

There is of course a reason, beyond pure chance, that it was the Europeans who discovered America, rather than the Chinese.

The reason, as crass as it may sound, is freedom. Democracy, liberalism, and of course its foundations in Socrates’ questioning, are carefully designed foundations of thought that can perhaps best be revealed by this dictum: it is better to let ten criminals run free, than wrongfully incarcerate one innocent person.

The statement itself can be subject to debate, but only at a surface reading as ten criminals should of course not be let run free, but an extreme level of care has to be taken to not imprison an innocent one, and the burden of proof should be sufficiently high to worry more whether you’re imprisoning an innocent one, rather than whether you’re letting a criminal run free.

This dictum, at first reading, turns on its head what you might say is common sense. Yet in doing so it provides a prism that builds systems which ensure the greatest level of liberty at the lowest rate of risk.

They also ensure accountability, the minimization of the opportunity for abuse, the principled or rule of law based exercise of power, and rationality.

The philosophic tradition of the west most likely has arrived at these principles due to an awesome focus on what abstractly is called beauty.

Mona Lisa is iconic because it is an attempt at personifying beauty, but beauty in philosophy is far more than just looks. It’s more a word trying to capture a concept that isn’t very expressible in words, is an attempt or focus to touch objectivity so to speak, to express or design or ‘touch’ the ultimate truth or justice or what is right.

Instead of gods or kings thus you have a different higher cause, a glue of sorts or an energy that looks at humanity as a whole.

And these many words are to say bitcoin is innovative and its design is beautiful and bitcoin flourishes in America as well as Europe, while it is banned in China.

China therefore has banned innovation. It has done so because it does not share the solid philosophical underpinnings of the western scholarly tradition which in discourse is simplified to an almost caricature level by it being described as democracy or liberalism.

It’s a whole framework instead, and it is a framework that allows us to tolerate things like bitcoin where the state itself is concerned, to tolerate innovation, to priorities the freedom of exploration and experimentation.

More so than in bitcoin, this can be shown in the biohacking movement which has even higher stakes where they cite the principled right to self-experimentation to try and effectively disrupt big pharma.

The best way to think about this is perhaps to ask: how many bitcoins may have China banned? There’s obviously our bitcoin, but how many other innovations that maybe were organic to China as smart people there perhaps came up with something, have been banned and we don’t even know of it, either overtly banned or through some implicit mechanism like perhaps self-censorship?

The deriving question is then obviously if you’re banning innovation, how can you possibly own the future? And if China doesn’t own the future under this logical framework, then what is there to invest?

For four decades, they have been brought up under a framework of moving towards liberalism to now reflecting much of the west technologically speaking, but having reached this stage of maturity, the dollar you’d think must think where does it now get the bigger return.

Thus we may see a re-adjustment in thinking among global investors with the banning of bitcoin potentially being the canary in the coal mine to say this is a system that dislikes innovation, and therefore limits its potential.

Where a China decoupling with bitcoin is concerned, there is still not enough data but it does appear China is having less influence on the global bitcoin market, although to what extent is to be seen.