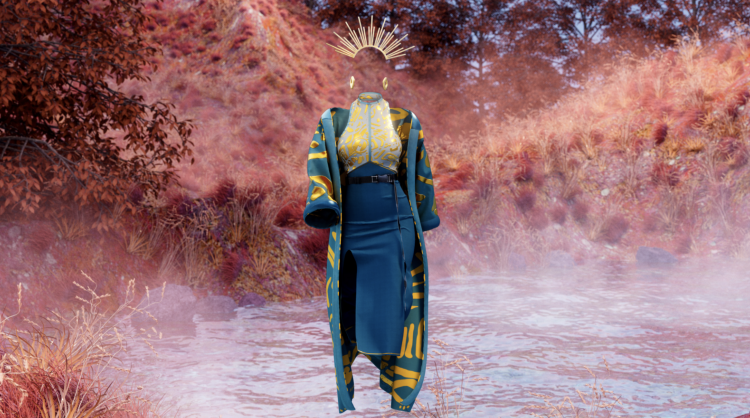 Chinese local governments have included the metaverse for the first time in their plans for 2022, suggesting potential government approval for a new and upcoming space.

The Shanghai Municipal Commission has called in a memo for “encouraging the implementation of the metaverse in sectors like public services, company offices, social entertainment, industrial manufacture, production safety, and electronic gaming.”

Wuhan “aims to push the integration of the real economy with tech industries related to the metaverse, big data and cloud computing,” according to local reports.

While Hefei, a city in East China’s Anhui Province, said they will support upcoming industries like the metaverse and superconductivity.

China’s tech giants, including Alibaba and Tencent, are also planning to move into the metaverse with Baidu stating it could be six years before their metaverse is built.

While in the west Apple is rumored to be looking at entering the AR/VR market which may bring in new revenue beyond their iPhone lines.

The east and west however are expected to take different paths to this promised land that includes what we’d call Autocad on steroids as well as just more immersive gaming.

In particular Facebook’s Mark Zuckerberg has suggested that NFTs and ID more generally will be crypto based for interoperability between platforms.

His time-line is ten years, by which point ethereum will have significantly matured with second layers starting to roll out last year.

This should facilitate global level accounting and data ownership within two years would be our pushy estimate, probably within five years, and you’d think certainly within a decade.

In this framework, the blockchain is a crucial part of the wider metaverse as it’s how you onboard through a crypto address, with things like Decentraland giving a potential preview.

In China, a hostile regulatory regime towards cryptos and crypto innovation means the blockchain there is becoming a caricature of sorts.

Xinhua has published some 11 ‘NFTs’ that apparently are instead more ‘digital collectibles’ which you can’t transfer and therefore have no actual token that operates on a public blockchain, and therefore they are actually in this case truly just a jpeg.

So the metaverse will clearly be a lot more controlled in China as their one party state can of course not allow immutable publishing of images, words, or designs on the Inter-Planetary File System (IPFS) linked through a hash to the unchangeable and uncensorable blockchain. So they’re putting jpegs on a centralized database and are calling it NFTs.

This effeminate approach to ambitious new innovation in art and technology through NFTs is due to an anti-innovation agenda by the administration of Xi Jinping.

In a typically dense bureaucratic speak, Xi says “compared to other digital economies, China’s digital economy is big but not strong, fast but not excellent…

In action however he slapped arguably China’s most innovative man, Jack Ma, and other technologists, while in words he roboticly basically says nothing beyond warning that in the digital economy “there are also some unhealthy and irregular signs and trends.”

One of them may well be gamer ‘gangs’ that were tribal-ing about seemingly mundane gaming matters, yet were clearly perceived by Xi as getting close to politics with his genius solution being to limit gaming to just a few hours during the weekend.

This thirst for micro-management is probably one big reason why China’s digital economy is “big but not strong, fast but not excellent,” and with it extending to NFTs, it is set to continue perhaps for decades and maybe even structurally so.

Because whatever NFTs are, they do hold the promise of maintaining records of actual art for decades to come, with it very brave indeed for anyone in the present to be certain of how it develops to the point they choose to outright ban it.

So much so that in two or three decades, generations that follow may well think China actually has no art, or modern digital art, because it’s not on the blockchain.

What that may do to the country is for history to say, but there are times of great leaps forward and their speed may be sufficiently compounding to not easily catch up.

The matter of content curation moreover does not require throwing the baby with the bathwater as it can be done at the interface level, but the lack of public debate in China may well mean there has been no nuanced weighing of the matter.

Hence some there say the government will soften up, with a very big gathering coming this October where the political elite will decide whether Xi is to be coronated as Emperor to an unconstitutional third term that officially will effectively make him a dictator.

There’s lots of rumors of whether they will or not as posturing and positioning goes on, but Xi is now the only leader of a major economy to have ruled effectively since bitcoin arose in 2013.

No one knows thus what crypto in China would be under a different ruler, but under Xi it is perhaps becoming a bit clear that it may well be the case China is now where innovation goes to die.

For a tokenless jpeg and a metaverse on top of that leaves out so much innovation that perhaps guarantees the metaverse and even the new web, and thus the coming digital economy, r belong to the free west.