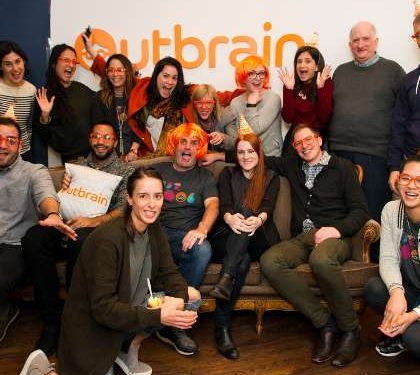 Outbrain, one of the few alternatives to Google Ads with half a billion in revenue during the first half of 2021, is prohibiting crypto advertising.

“Cryptocurrency is not allowed,” Outbrain says in its guidelines. “The following is explicitly not allowed: Digital currency exchanges, ICOs, Investment and trading advice.”

They provide no explanation for this complete ban which appears to extend to not allowing Outbrain ads on crypto related sites at all, including news sites.

This publicly traded company had gross profits of $60 million last quarter, but a net loss of $40 million, with their competitor taking a different approach to a fast growing sector.

Taboola accepts crypto advertising under some general requirements like a crypto exchange should be licensed and regulated.

This more nuanced approach allows them to potentially benefit from the growth of cryptos, so making Outbrain less competitive especially as their restriction has been in place for some time.

Facebook and even Google Ads had some restrictions on crypto advertising as well, but they removed them prior to the bull run in part presumably to tap into the growth of an innovative sector.

Outbrain instead maybe has just not yet updated itself, or perhaps the company is irrationally biased for some reason even as it becomes subject to shareholders’ governance following an IPO last year with its stock down by some 27% since it went public.