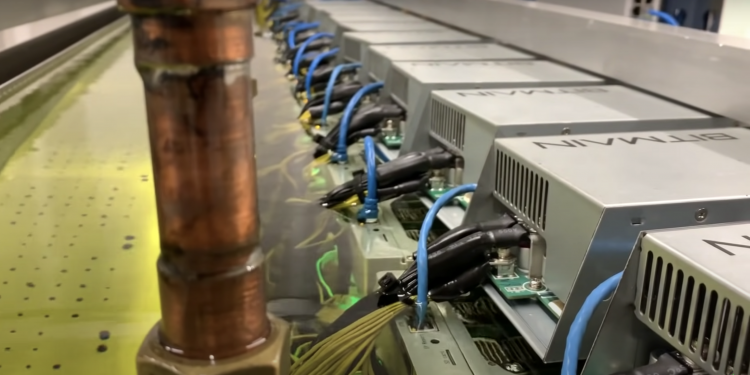 Rhodium Enterprises, the Texas based bitcoin miner is hoping to raise $1.6 billion in an Initial Public Offering on Nasdaq this Thursday.

That would make them one of the biggest publicly traded miner with their revenue for the first nine months of 2021 standing at $82 million, giving them a net income of $46.2 million.

They have 125 megawatts of capacity with a second Texas site in the process of being built where “we expect to deploy an additional 225 megawatts of miners by the end of 2022 for a total of 350 megawatts in 2022,” the company says.

In describing themselves as a “digital asset technology company utilizing proprietary tech to self-mine bitcoin,” they highlight liquid-cooling technology which “provides us an advantage in high-heat and humidity regions such as Texas.”

Liquid cooling basically puts the miners in water as pictured above to reduce any heat from the computer processing, and thus maintain capacity while also preventing the equipment from being damaged.

The have 22,600 asics, producing around 1.8 exahashes of capacity, amounting to roughly 1% of the current bitcoin network, with plans to double it.

If the raise is successful, then they may not need to sell any bitcoin for expenses, keeping the crypto instead in treasury reserves, something that could indirectly also affect bitcoin’s price due to new supply being taken out.

They have plenty of competition in the stock market however, but their liquid cooling might potentially give them an edge.