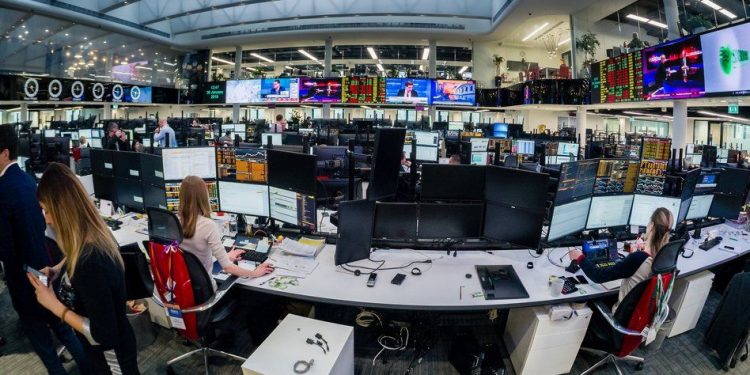 Russia’s RTS Index has crashed 10% today while Nasdaq dropped 3.16% at one point in one of the worst day for global stocks.

The global sell-off comes amid increasing tensions in Europe where Joe Biden, the US president, is to send 5,000 troops to the eastern part of NATO.

Some are to come from US and some are to be relocated from Europe with plans apparently for that to be increased to 50,000 if matters worsen.

“Russia should know, Putin should know that the price of using provocations and military forces to change borders in Europe will be very, very high,” said Jeppe Kofod, Denmark’s foreign minister.

He, and all other European foreign ministers are soon to meet Antony Blinken the US Secretary of State, while Boris Johnson, the British Prime Minister, says the intelligence looks “pretty gloomy,” referring to Russian troops at Ukraine’s borders.

That was to “help Ukraine now to address its rapid escalation in financing needs due to the conflict,” she said.

Russia for its part is now calling all of this “hysteria” even as Ukraine’s Ambassador to Turkey Vasyl Bodnar says Russia has amassed approximately 126,000 troops near Ukraine.

The Russian ruble has dived by 2.5% to 79 to the dollar with their central bank calling off buying foreign exchange on the domestic market to prop up the ruble.

JP Morgan has also closed all its long positions on the ruble with their bank analysts stating:

Russia is expecting this week a written response from the United States on their demands which previously they have stated if not met, may engage “military-technical” measures.

It’s not clear what those military-technical measures would be with some suggesting it might not necessarily involve an intrusion into Ukraine, but more beefing up their own forces or what might seem like more far out things such as putting missiles on Venezuela.

Yet for now all eyes are on the Ukraine-Russia border with the Pope to hold a prayer on Wednesday for peace in Europe and Ukraine.

If it comes to anything, it might be the alliance has about a week or two to prepare with Putin to speak to Xi and Erdogan next week while the UK defence and foreign minister is to meet their Russian counterpart, though when is not yet clear.

China’s winter Olympics are to open on February the 4th, so Putin may even hold off until they’re closed on the 20th of February to not potentially offend China, that’s if any action is taken at all.

China has been very quiet on the matter. They probably don’t want to offend Europe, from Germany to Turkey, in what is obviously an incredibly sensitive matter.

The big question is now what happens on Tuesday where markets are concerned. Red Friday, red Monday, has previously led to very, very red Tuesdays, but it may be there’s a bounce back instead.

Not least because we have not seen one of those for some time. However, if Russian markets take more of a beating, it may be the rest reflect it somewhat as JP Morgan covers some losses.

The good news though is that it may be politics now driving the markets, so you’d expect the donkeys to get a bit of a grip. But on the other hand they are not called donkeys for no reason, so how the matter progresses is to be seen.