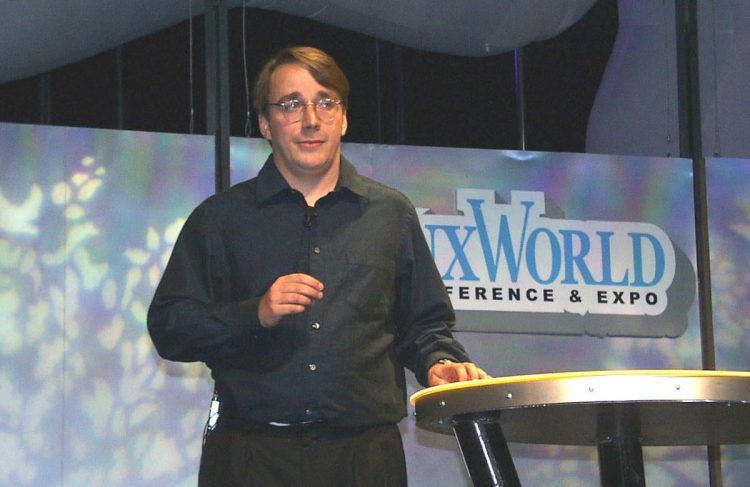 Linus Torvalds, the inventor of Linux, appears to have modified a single line in the Linux Kernel and pushed it in what may well look like a claim that he is Satoshi Nakamoto.

The modification says ‘Name = I am Satoshi’ in what is either a joke or a claim that he invented bitcoin.

Trustnodes previously wondered if Linus Torvalds is Satoshi Nakamoto, the inventor of bitcoin, partially because he came up with Git which is thought to have inspired the blockchain, and partly because all the circumstantial evidence fits fairly perfectly to make him the top candidate.

We even followed it up with Linus Torvalds Won’t Say If He Invented Bitcoin.

Perhaps he reads Trustnodes and so maybe this is just a joke, or a cute way to bring attention to a big achievement in Linux where for the first time since the 90s it has seen 999 commits.

Or this is a low key way with some plausible deniability to say to geeks that he is indeed Satoshi Nakamoto, something that would be completely credible because of course he has the skills and because it all would fit. As we said previously:

“It just fits, and all too perfectly. His sudden exit, with Nakamoto apparently saying he had moved onto other things barely a year after he launched bitcoin, fits too with a man that already had fame and name.

The untouched bitcoins. What on earth does he need them for [considering his known wealth of $150 million]? He may have well thrown them away [in the early days when they were worth nothing]. Why on earth not. Already enjoying his yellow houses, his yellow car, his presumably lovely life. Why in any way risk even a tiny bit of it.

‘I think I was named equally for Linus the Peanuts cartoon character.’

As randomly came to our attention while trying to find an image for a recent article, Ash of Pikachu is apparently known as Satoshi in Japan.

Hints and hints that all fits and fits far too well, although of course one can’t discard wishful thinking…

So Torvalds definitely has the technical capability for all of the bitcoin components, he is extremely smart, he fits the character and the temperament, he fits the time analysis and all that, he fits the timing, he explains some of the puzzling choices made by Nakamoto in regards to using windows and so on, he explains Nakamoto’s resistance to temptation, and basically he is the very top candidate for being bitcoin’s inventor especially with his background in open source and so on.”

Or of course it’s all a Git bug because geeks are geeks and why not have a proper celebration with crypto and jack.