The Crypto Super Bowl, Will it Change Bitcoin? 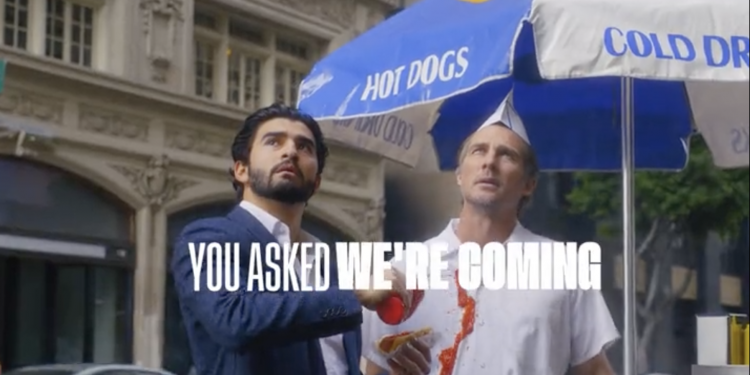 Beer, food, cars, sport and bitcoin, you can’t get more American or bread and circus than this year’s Super Bowl that is expected to be viewed by 117 million.

They’ll apparently hear from Coinbase, which is keeping all hush hush about it as the stock market traded crypto exchange now clearly moves off from being a startup and to a corporation.

FTX will be there. There’s rumors his message might be political. Sam Bankman-Fried is apparently flexing his money in Washington.

The new geeks are coming. That’s eToro’s message, one of the first of the more ‘traditional to this space’ exchange to add crypto.

GenX and young boomers, some say are the target. The 51 year old Matt Damon is thus the right man.

Fortune favors the brave, is more a message for millennials however and our zoomers. It speaks to the age of exploration and that’s what many of this generation want to bring about, in space.

As troops surround Ukraine in a reminder of hopefully gone ages except in backwards places, Americans this year maybe, at least for a bit, will forget about the old, and will think about the new.

The new age of man’s conquest over the elements, and of the harnessing of the forces of nature, from mathematics based code to Matt Damon’s astronauts.

But it won’t change bitcoin. The currency will keep hashing, now more and more in Europe and USA, and it will keep providing through its very existence that most American of messages: freedom and free market competition.

While some go back to the old ways, we go forward to the future we are building, a new way to address the mistakes of the past and its shortcomings, while utilizing the new capabilities that the baby boomers gave us through the invention of code.

We are not ready however for our fathers and mothers to mingle in our playgrounds, and they probably won’t like they currently do on Facebook.

And yet, in conversations up and down the country, they are learning that this thing called email bitcoin/crypto does stuff for money so maybe they can let some of their brave sons and daughters dabble in stablecoins yield farming.

They’re not ready to send an e-mail themselves in other words, but on useful occasions they can ask their sons to send an email for them.

That’s at the most advanced stage of adoption for this generation very very generally speaking.

Which means, we argue, that we probably have at least another decade of fun. And while some bring up that dotcom bubble everytime crypto grabs attention, reporting from the time puts the dotcom market cap at $2.948 trillion at their peak.

So we have a 10x first before we get to 1999, and technologically that sounds right too because the blockchain is still on dial-up and just about coming off it through the arrival of broadband, second layers.

They’re out, but not quite properly yet. In addition we still get laughed at. Web3 apparently is a scam. NFTs are just right click. What can you even do with bitcoin except buy alpaca socks, or Helium internet nowadays.

At an estimated 100 million to 200 million people around the world, this space is not small however. But, its adoption is not equally distributed. While a Prime Minister candidate in Canadia bitcoins, in India they’ve just now classified them as an asset, putting India in USA’s 2014 in crypto time.

This isn’t thus crypto going mainstream, in our view. This is more crypto going serious. We’re here, these crypto ads say, we’re cool and new and serious enough to now be on your TV.

In other words, this is a declaration that the tipping point has been passed and there is no going back. That this isn’t a fad, it’s here to stay and it is going somewhere.

Where? – won’t be answered. It’s just the new neighbor saying hi, we’re moving in to your TV screen. So Matt Damon doesn’t even talk about crypto, he just ends it all with crypto.com.

Because there isn’t much to talk about in a first introduction, and because the real answer to where we are going is that we don’t quite know in detail.

That story is to develop everyday by some of the smartest across the globe in a gradual upgrade of the paper system to code.

It’s just that some of it has developed sufficiently to tell you they’re here as the public starts to develop a bit of a more than vague understanding of crypto.

So the masses are not coming, not in the proper meaning of that anyway as there is no chance we’ll be Septembered anytime soon.

What is coming instead is the better part of the middle class. The ordinary well to do capable and resourceful individuals that are now cryptoing just as before they interneted on dial-up or early broadband.

Currently, it’s probably more 100 million. So maybe the first billion is coming and welcoming them should keep it very much a playground of fun.

While some thus might see this Crypto Super Bowl as some sort of a peak, as some sign of being mainstream, we see it more as just the beginning of the real fun, the bit where the pipelines are close to being finished, and so things move more to building the actual buildings.

The disruption thus has not quite began. Blockbuster is still laughing. But, we just said hello – well, will do on Sunday.