Bread, Stocks, Oil, Gas, Bonds and Bitcoin: How Will Markets React to War in Ukraine 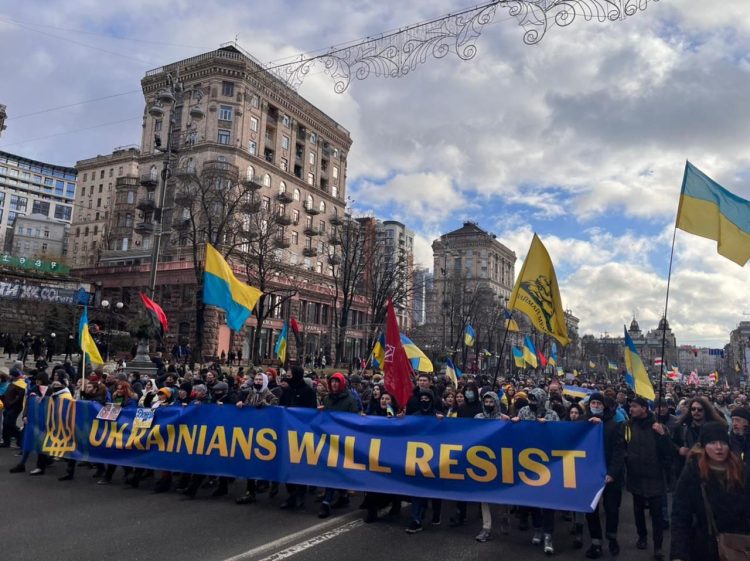 Bread prices will go up across the world if war breaks out in Ukraine, Europe’s bread basket.

They account for some 30% of global corn production, with their vast fields and ordinary trade potentially disrupted.

Sanctions negotiated in secret would kick in. It’s not known what exactly they would be, but it is thought Russian banks will be barred.

That may lead to a sell off in Russian stocks, especially their banks but it may spread out to all Russian stocks as foreign investors flee.

As countries across the world ask their citizens to leave Ukraine, the stakes have now been increased with rumors that kicking Russia off Swift is now back on the table according to the French.

That’s after Emmanuel Macron, the French president, held a call with Russia’s president Vladimir Putin which clearly didn’t go well if the previously ruled out Swift sanction is back under consideration.

It may be customized in scope with Russia basically cut off except for debt payments to European banks, something that may lock them off global trade.

Back in 2018 Russia announced plans to create a Swift of its own with blockchain tech, but Putin has been busy for the past two decades kicking out coders like Pavel Durov.

So it is doubtful they have the needed crypto skills to realistically undertake such endeavor to a satisfactory standard beyond buy and hold bitcoin or mine crypto.

China likewise was a bit too quick in kicking out cryptos for it to gain domestic crypto skills, with their eCNY not even having a blockchain.

A Russian Swift thus would probably be subpar with it likely taking some time for a replacement, but Russia can probably still trade as they’ve been piling on gold and they can always pile on bitcoin – although their central bank does not like crypto. Such trade however would obviously be a lot more limited than with Swift.

Oil may spike as it did briefly in 2014 when Russia invaded Crimea, but it then might crash as Saudi Arabia floods the market.

Venezuela ended up paying for that Crimean invasion as it descended into hyperinflation after the oil price crash in 2014. Who would pay this time for a Ukraine invasion, is unclear.

Gas might crash too as Arabs flood the market, with USA and Qatar recently holding talks as this little resource rich nation shows some wit.

Bonds would be barred you’d think, with the question being whether just government bonds or corporate bonds as well.

Russia’s debt to gdp is just 20%, but that’s still a lot of money that may become more costly with the ruble probably to crash perhaps beyond 100 to the dollar and more, exacerbating already high inflation at 8.7%.

Bitcoin would go up you’d think because unlike the speculated Putin $100 million yacht that recently left Germany for Kaliningrad, you can easily secure bitcoin.

Just how much it would rise is anyone’s guess as Russia’s GDP is less than $1.5 trillion while Ukraine’s GDP is as big as Greece at about $200 billion.

But some in Russia have more money than others, with some of that probably parked in crypto which would be a decent asset in such circumstances.

There are uncorroborated reports the movement of ships in both directions in the Bosphorus has been temporarily suspended earlier today due to the breakdown of the Liberian-flagged dry cargo ship Cheng May.

Three Russian warships passed through the Bosphorus earlier this week, with three more on the way.

While in Kyiv documents are being burned at the US embassy as they evacuate according to Bild.

Monday thus may be a bit volatile for markets, but we won’t get a good idea until Tuesday when German chancellor Olaf Scholz meets Putin.

He is the last, as far as it is known, to head to Moscow at this point. Americans say they have info, or maybe it is disinfo from the Russians, that they’ll go in the next day, this Wednesday.

A rally was held in Ukraine (pictured featured image) to show a united front with Russians in 2014 holding protests against war in Ukraine, but they’re being told there won’t be an invasion although they’re worried in Moscow about economic consequences with most there being against a war in Ukraine.

If there is an invasion, Americans are saying there will be arial bombardments with Boris Johnson, the British Prime Minister, previously calling it a blitzkrieg.

The Ukrainian army will fight says their Defense Minister while the world watches and wonders how did we fail at that never again.