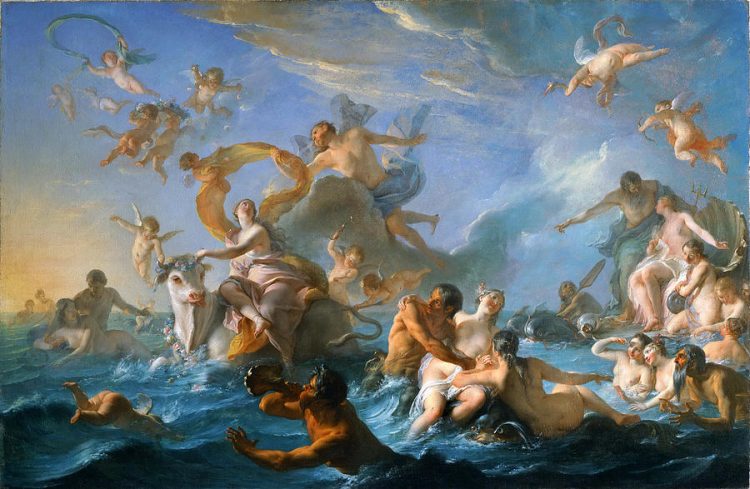 European stocks are green after dipping 5% on black Thursday, rising by 2.85% today with Shanghai also gaining 0.6%.

US stocks didn’t have much of a black Thursday with that seemingly contained to Russia and of course the attempted dis-emancipated in Ukraine.

Nasdaq rose instead yesterday, gaining 3.34%. That’s either because all this trouble in Europe did not get a market orientated political response to the level the market might have priced in, or because sanctioning Russian tech is good for US tech.

The Regressive Return to Dis-Emancipation

By comparison the United States lost only 4,500 troops during more than a decade of Iraq invasion.

Ukraine thus is inflicting a huge cost on Russia, but there are some Russian tanks in the Ukrainian capital and the Ukrainian president Volodymyr Zelensky is now offering Russia what they wanted: a promise to not join Nato and to remain neutral.

The usurping Russian president Vladimir Putin, however, now wants the demilitarization of Ukraine and also something that has been met with complete silence in the jewish press, the “denazification” of Ukraine.

What was Zelensky thinking however, up to this point, in not making the offer he now makes prior to this point being crossed where Putin can ask for what must be a code-word to cleanse, through perhaps mass executions, the Ukrainian society, unless Zelensky thinks Ukraine can win and based on the performance so far they holding way better than anyone expected.

Because what does Putin mean exactly by denazification? Mass arrest to the gulags of Ukrainians, or something like the night of long knives?

Putin has a list, the Americans say, and? He’ll commit genocide? Or should we use Putin’s tactics and call it a holocaust?

The Two Months of Failure

“So far we have silence,” Zelensky in Munich.

Well, we had a lot of words actually, two months of a lot of words, and the question now in hindsight is: what was the point of them?

Prepare the public of course… to expect, accept, and consider as fait acompli the invasion?

The aim maybe was to prevent it, but it didn’t prevent it because the one thing that could prevent it was instantly taken off the table.

Obviously that’s why there is a Nato so that troops are on the table ad initio. Ukraine could not in many years become part of Nato, in great part because Russian troops got there first.

There was therefore no table, at least as far as Europe and America is concerned in regards to actual force. Russia clearly had that table, and the rest clearly could only sit and watch what they doing in their table.

So you had the American microphone detailing movements in the Russian table, giving a preview of the plans which Putin clearly hasn’t changed at all.

In hindsight, the Germans and the French gave better signals. They outright said we’re not gone help, militarily. They tried of course to prevent it, but without banging the drums as if to give the appearance that America or the west would actually do something about it.

They didn’t, they aren’t, because Russia had their troops there first. Of course we’re speaking militarily. In other ways they’re doing all they can. Did Zelensky know this?

“We are ready to look for the key to the end of the war in all possible formats and platforms: Paris, Berlin, Minsk. Istanbul, Geneva, Brussels, New York, Beijing – I don’t care where in the world to negotiate peace in Ukraine.” – Zelensky in Munich, five days before invasion.

He said Putin was not taking his calls. Putin did take the calls of many others, but he probably has been preparing for this since 2018 when he began piling up gold, and some say he made the decision to invade two months ago.

So was there really anything Zelensky could offer him? Since publicly he did not quite offer Putin anything, we’d have to say we don’t know factually. At minimum, Putin would probably have wanted the recognition of Crimea, which probably wasn’t publicly tenable for Zelensky prior to the dis-emancipation.

Obviously then the Finlandization of Ukraine, which wouldn’t be a bad option at all as they’d be part of the European Union.

The latter is probably something that Zelensky or any Ukrainian president could find acceptable, or otherwise said something that to us seems to be a decent option.

The taking of a military step however must have been seen as too much to be realistic, and maybe Zelensky thought the rest wouldn’t allow it, so he didn’t take off the table the Nato option, but it was made pretty clear to Putin that Nato was not on the table.

So maybe he would have found some other reason, but is it acceptable really for Russia to engage in regime change? In forceful invasion? These people want democracy.

He can say America did it as well, but America is no longer doing it. Also he criticized America and ferociously for it. Is he criticizing himself?

In a world of free trade, the idea that there’s a European block and a Russian block makes sense only if that world no longer quite has free trade.

If there is free trade, then there’s one block. There isn’t a Ukraine or a Russia or a Europe, there’s one big market.

Obviously you have the civil administration and its policies, but as long as people can move, goods can move, there are no real blocks.

It clearly appears Russia does not like the lack of such blocks very much. They obviously think they’ll never join the EU, but there isn’t much of a reason they can’t have free trade and all the rest regardless, even an alliance of sorts like they had in 2008.

Except they’re not a democracy anymore, not that it mattered very much prior to well, 2018 when it became somewhat obvious their approach is instead old fashioned geopolitical competition.

And so we no longer quite have free trade with Russia as the sanctions go some way towards these blocks, raising the question: are we doing blocks or are we not?

If we are, then Russia should be kicked out of WTO and their view of Europe as a geopolitical adversary should be returned in a replay of the cold war, furnished with European propaganda and all that.

That’s exactly what some want, but it’s a regression. Instead of moving forward, it’s back to the past and we’ve seen that movie. What was wrong exactly with the movie we were playing instead?

Well, for current Russia, presumably what was wrong for them is democracy itself. Now in their own country it’s their business, but how is it their business the system of other countries?

Has Russia made that choice? Some say Ukraine shows they have, but only Putin can prove it or otherwise. Ukraine has offered what he publicly said he wanted, to not join Nato, and that Finlandization option that allows a free, democratic, proud people to also be part of Europe.

He should accept the offer. Otherwise he’ll be saying something else to Europe, that it wasn’t about Nato, but about democracy which of course signals geopolitical rivalry with Europe since it is a democracy, and/or, that it was about the European Union which again signals he wants a breakup of the continent, something that would necessarily have a reaction while causing very much the union of the European Union.

In regards to Crimea that’s a matter for Ukraine, but Putin clearly needs to sit at the table to clarify matters because he has been given what he wanted and so should refrain from attracting further European responses by suggesting this was never about Ukraine or Nato, but about the very existence of a democratic Europe.