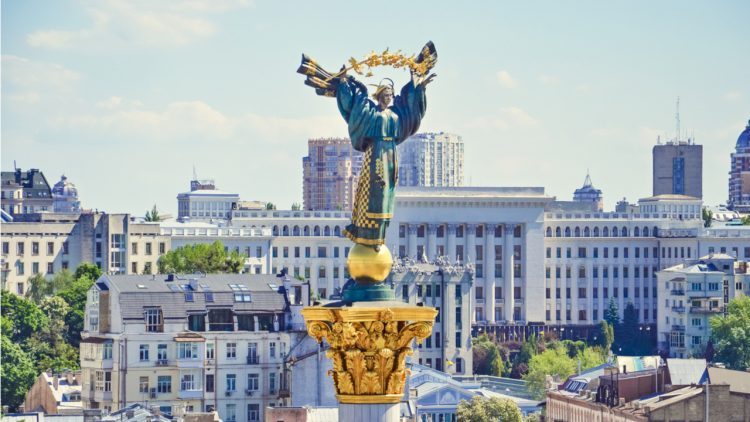 The government of Ukraine has announced they will undertake a token airdrop to anyone who donated to their ethereum address.

So says the official Twitter account of the government of Ukraine run by the Ministry for Digital Transformation.

That was shortly after Mykhailo Fedorov, the Vice Prime Minister of Ukraine and Minister of Digital Transformation, thanked Uniswap “for their new ‘donate to Ukraine’ feature which automatically exchanges any of their listed tokens to ETH for us.”

No further detail was provided regarding this token airdrop, the first of its kind in the world. We asked for some clarification regarding how many tokens will be distributed to donators and how many the government will keep, and will update once a response is received.

We did just that through our test address, and to the luck of Ukraine, fees are very low for these simple transfers:

Anyone can do this, not just cryptonians. You just download the Chrome extension, MetaMask, and from there you can buy eth directly on your card.

You then copy paste the donation address and send with the whole process over in five minutes really, while the ethereum network itself takes just a few seconds to process the transaction for a fee of less than $2.

If you do this today and tomorrow until 6PM Kyiv time, you’ll then get a token which might have its own value because presuming the Ukrainian government keeps say 70% of the supply, then a very direct way to donate would be to just buy the token.

That could give the Ukrainian government a significant amount of funds, not least because if they want to it can be treated as a bond in as far as they promise to eventually burn some of the supply through tax revenue.

If they win, this can even become a legal currency because why not, and one easy way for western governments to support the funding of Ukraine would be to waiver any capital gains or other taxes on the token.

Doing that can potentially even dogecoin this thing because, well there’s huge potential especially if Ukraine wins peace.

It would also mean a lot of cryptonians and techies would have skin in the game, making crypto in effect very much at the frontlines of these monumental developments.

Update: The airdrop has unfortunately been cancelled.