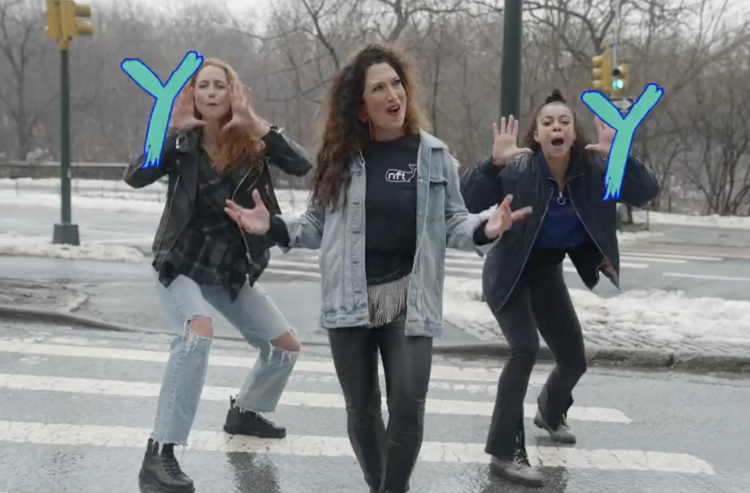 Randi Zuckerberg, the sister of the multibillionaire Meta founder Mark Zuckerberg, has published a song dedicated to crypto and web3.

“I sing this song, surrounded by new friends, as a rallying cry for the women of web3. Together, we can accomplish anything. And have fun doing it! #WAGMI,” she said.

The song has a catchy tune, echoing a meme that began maybe in these very pages. It looks like we’re all going to make it afterall, congrats to those that held through a most brutal bear market, we said around August 2020 as the market was turning to bull.

The GM meme is newer. Good morning. That maybe began on IRC, Rizon, where nicks that had trolled each other for years eventually got to know each other enough to, well say good morning, to be friends.

The song also has a background of the 90s in appearance and visuals. That’s a meme too, or rather an idea as a lot of very prominent defi dapps look like websites from the 90s.

That’s a symbolic way of saying we demand global peace and a time where there is no state enemy, where the TV stops terrizin the public.

With the war in Ukraine, a far more serious matter where some won’t make it, the song can also apply to the country as a whole. At least we hope Ukraine will make it.

It’s an inspiring song. Tacky, maybe cheap, but happy, joyful, and the beating drums to ATH while a millennial girl sings can be emotional because we’re succeeding in bringing optimism if you will.

It’s precisely how we want our space to develop in being fun and here there’s also a sign of revolt, a cultural revolt too.

Because while there’s doom in other spaces, we’re standing up to shout that they’re all wrong, that we are all actually going to make it.

That deserves it’s own poem. Our very own of course with condensed metaphors. This is called The Enlightenment:

The wisdome teeth, with their roots deep
present themselves and their physiquee
the highways there,
the beeming spacce,
the living things, for us to taste.

The fires were, the hell a too
long gone these days, in this tatoo
the habits old, to go to war,
give comfort more to aspiratoooor.

As if awake, today this shore,
like dreams of old, the present more
to cut aside, the evil was,
and heree command, the beauty ground.

From atop ship, the wavves to sway
like the golitha david hay
in the new world and this new globe
the wisdom decades at praaay.

Where is fear dead, where it it ggo
where anger slept, asleepin shore
the fringes stand, now at the fore
of this globe hand, corner to cor.

And beating hearts, command the time
our moment shiines, our moment now
for we are dead, and live so clear
in youth, our seven sear.

Like monkeys rise, to human form
so too our blood, to glory aaaaal
in pleasure daaance, in wits of ggods
the conqueeeeeeesstttt of the univars.

For the atoms… have our way,
they dance, in our swahay
it is us, the light alone,
in this cosmos vast as aaaaal
so united, elements, with pleasure, do us help
in our dreamss, in our thoughts,
in our gloorrirooooooooooo command of globess.

Rise you meek, for hell has handed
republic, this gloobe aloohone
rise u arabs, and mongols,
europpeanss to the foooree
rise u o in corners short,
corners high across the wohorld
for thy man, is evolve
and thy man, has no more war.