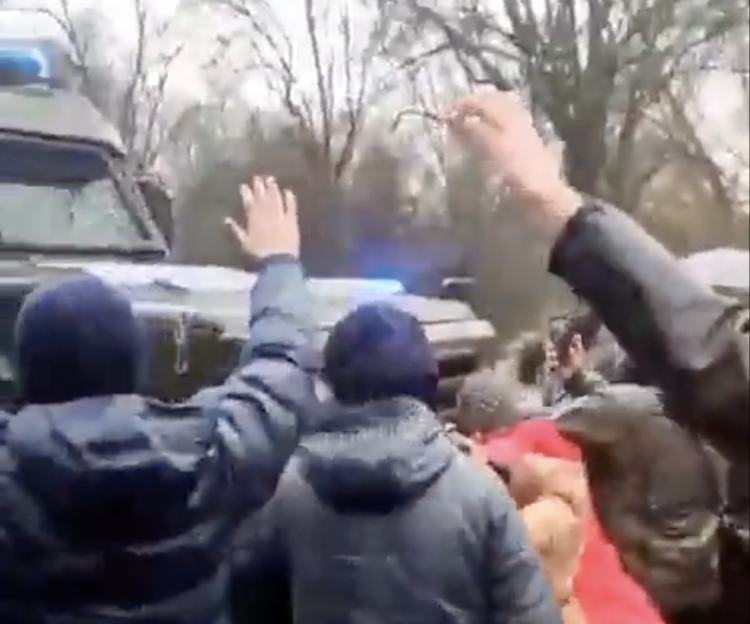 Stocks continue their deep red with FTSE, DAX and CAC all down about 3% today in one of the worst week for Europe.

Russian stocks are not suspended in China or Honk Kong, but their media reports Chinese brokers are nonetheless affected due to the suspension in US and UK.

Only the selling of Russian stocks is now allowed, Americans and Brits can no longer buy them. This is apparently spreading to China too where due to brokers relationships, they can not buy them either.

This has led to a calamity in Russian stocks. Some of them are down 90% or even 99% with Yandex the first to publicly warn they are at risk of default.

They may well be just the first domino. Gazprom, Rosneft, and many other companies are also probably struggling due to suddenly being cut off from capital markets which continue to be dominated by USA and Europe.

This has led Moody’s and Fitch to downgrade Russia’s sovereign credit rating to junk with it unclear whether a defaults domino is at risk of kicking off, something that would lead to mass layoffs.

In a sign sanctions are biting, Russia’s president Vladimir Putin took the microphone to ask for no more sanctions to be imposed and “to think about how to normalize relations and cooperate normally, develop relations normally.”

As Russian troops bomb parking lots next to Europe’s biggest nuclear power plant however near Kyiv, this war in a modern nation reveals its dangers to the point some are calling Putin the new Bin Laden.

Any normalization thus is unimaginable currently while Russian troops are bombarding civilian apartments, with the destruction and devastation livestreamed to all.

Pressure is instead increasing with both Germany and France seizing yachts belonging to Russian oligarchs, with some joking Putin is indeed bringing back the Soviet Union in making Russians poor, isolated, without today’s modern gadgets like iPhones, and sending it all back to the very soviet grey.

The difficult position of the Russian people finds some understanding in the Russian government with Putin’s spokesperson saying they should not antagonize cultural figures that speak against the war.

Yet the war continues with Ukraine’s president Volodymyr Zelensky asking for jets to be sent. The livestreamed explosions outside the nuclear power facility, however, raise the question of whether there isn’t a way for this to stop immediatly.

Putting the cutting off of gas imports may well be one remaining sanction to be tried. That will cause a lot of damage to Russia. It will cause some discomfort in Europe as well, but only discomfort, far less than a complete global environmental disaster if there is one tiny mistake at these now many nuclear facilities in Ukraine.

That danger makes this war completely different from any previous one as fighting beduins in mountains is one thing to tanks fighting in nuclear power plants.

Anger is increasing in Europe thus, and Putin would do well to heed it because everyone is now sick of this war of choice against a peaceful people with nuclear power plants right by the borders of the European Union and investors are sick of this red.