Oil And Bitcoin, Is There a Correlation? 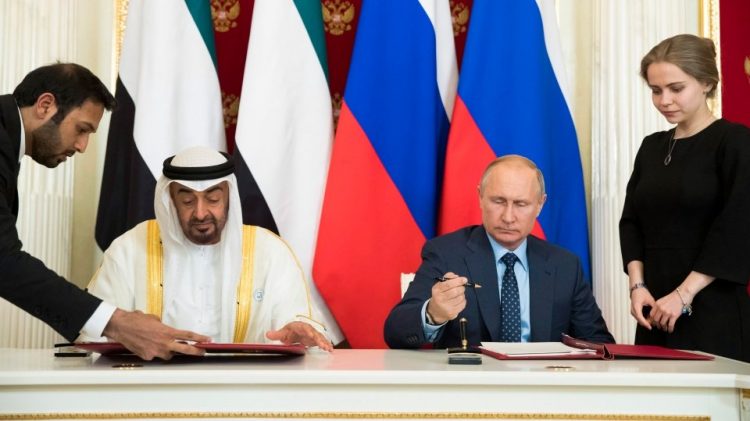 As war rages in Ukraine, oil seems to be doing a bitcoin, racing above $115 for WTI, jumping nearly 7% in one day.

These price levels have not been seen since 2008, 14 years ago, with oil seeing its biggest one week rise since data began.

That rise suggests no direct correlation between bitcoin and oil as numerous factors go into the price of crypto, including its own factors, but some sort of macro correlation is probable in as far as Europeans and Americans will be spending more in necessities, and thus will have less in savings to invest on bitcoin.

As such, what oil does may well be relevant to what bitcoin does, although in a weak and temporary correlation as there are other factors, including the seizure of now three Russian yachts that maybe should have been bitcoined, Italy being the latest to seize one after Germany and France.

That unique aspect of bitcoin in also having some sort of gold qualities makes any isolated analysis complex, but it is probably safe to say that if people have more savings, then more of it will go into bitcoin. And thus while oil or gas prices might not directly move the price of bitcoin, the crypto would probably rise more or fall less if consumers did not have to pay more for necessities.

Thus we saw a volatile week in bitcoin as it rose in response to strict capital controls in Russia, and then fell perhaps in response to oil deciding to jump.

Gas rose too 4.34% to near $5 dollars again, with the tectonic geopolitical plates so shifting in a way that in appearance looks like it has Europe as just a spectator.

“We are looking at options that we can take right now if we were to cut the U.S. consumption of Russian energy. But what’s really most important is that we maintain a steady supply of global energy,” Cecilia Rouse, chair of the US Council of Economic Advisers, told reporters on Friday. “We do not want to disrupt that market.”

A market in which US is not only self-sustainable, but is also an exporter in great contrast to Europe which imports some 35% of its gas from Russia. For some countries, like Poland, it is close to 90%.

Plans are now being drawn for European energy independence, with a solar roof on every house covering 25% of energy needs.

Yet the continent might need a more fundamental re-think in deciding basically whether there is a Europe or there is no Europe amid a re-asserting Russia, a semi-retreating US and new checkbooks from China.

If there is no Europe, then European citizens may well ask for diluted voting rights in US elections because as matters currently stand, it does look like Europe is not quite deciding anything, and US is deciding everything, including in regards to oil and gas.

UAE and Saudi Arabia are both refusing to increase oil supply despite this huge rise in prices. Some are calling it a declaration of neutrality for UAE because they feel US has not done enough to help them in the war in Yemen.

US. Has Europe spoken to them? Russia has of course, while US comes across as not really trying, not as much as they would have if they swapped positions with Europe anyway.

But where is Europe in all this? One easy response would of course be something that should have been done anyway, a normalization of relations with Iran.

They’re a dictatorship, but so are the rest of them and if they’re choosing neutrality, there’s no reason for Europe to not choose neutrality as well.

Because the war in Ukraine fundamentally is about its oil and gas, especially the many reserves it is thought to have in the Black Sea.

It is also about a lot of other things, but that oil and gas is the prize to be stripped from Ukrainians and to be sent off straight to Moscow in impoverishing the people of Ukraine while Moscow gets more control over energy supplies to Europe.

Or so they would like to think because the time has come for Europe to decide whether there is a Europe or there is not.

If there is a Europe, then the matter of energy, including oil and gas procurement, should be at the continental level because such sources have to be secured.

Having oil and gas under EU level control, however, is a significant step that has to come with the ability of EU to use force.

Neither necessarily means an uncomfortable level of sovereignty delegation. They both can be arranged through a security council and an energy council where representatives from each member state hash out such matters, chaired by an EU appointee.

But it is irrelevant where it concerns Europe’s ability to act as one, and as we have seen in regards to recent sanctions, a structure is clearly forming where Europe is clearly able to act as one front.

No where near enough however. It shouldn’t be US talking to UAE. In the absence of structures already in place, arguably it should be the German chancellor Olaf Scholz talking to them, but for Europe to be able to secure and defend its interests, the EU minister for energy should be dealing with these matters.

The Summit on Europe is just on time and from that it appears very clear the European public as a whole wants to see such continental level structures because they’re able to understand they’re unable to compete otherwise with potentially conflicting interests that China, Russia, or even US might have.

One potentially controversial example here may well be US giving a very blunt no to a no-fly zone in Ukraine.

If Europe had its own defense capability, they too may have said no but, currently do they realistically have the option of saying yes even if they wanted to?

This is potentially existential for Europe because currently there’s a firm commitment to Nato by the United States, but there are many scenarios where that might change, such as US being bogged down somewhere in the pacific or even the US public in ten years thinking that Europe is a continent away and should deal with its own problems.

Some are already thinking that, including Tucker Carlson who has one of the most viewed opinionated political show in USA.

It is that very Carlson who arguably made the no troops policy for the United States while negotiations were ongoing.

That’s a blunder arguably especially because US took off the table the strongest option so early in the negotiations with US president Joe Biden perhaps worried at the time he would be shouted at by Tucker Swanson McNear Carlson.

Something that we’re now seeing very clearly, especially in the more subtle undercurrents of all this, oil and gas geopolitics.

A third response by the European Union besides normalizing relations with Iran and continentalizing energy and security, is a serious consideration of Turkey’s re-vitalization of its application to join the European Union.

That they are muslim should of course have no bearing at all on the application. On certain social rights, you do still have states in US which ban abortion so at the EU level there should be flexibility to take into account local cultural disposition.

There is thus arguably, rationally considering the matter, no barrier to join, except the greater difficulty in drawing out whether it would be better for Europe and Turkey for Turkey to join or otherwise. One plus can be no more tensions in regards to the Greek islands if both are part of the EU. One negative may be whether Turkey would have as much freedom to act in its region, although Turkey’s interests are Europe’s too.

Regardless, unlike Russia, Turkey has clearly decided that they are European and they have chosen an alliance with Europe.

As such there has to be an elevation in core relations because from a strategic point of view it can be argued that Turkey to EU is, if not as important as US, then a close second and perhaps even more important than UK.

That’s because Turkey can secure that whole area near EU’s southeastern border and even down to its south together with Italy, Spain and France.

All of which suggests Europe needs a strategic review with the input of member states to reach directional conclusions on what are the national interests of Europe and how it aims to both achieve them and defend them.

While where oil is concerned, such spikes have tended to be followed by a crash because unlike bitcoin, oil does not quite have a fixed supply and does have many good substitutions.

Solar roofed cars can well be one example of one response from Europe’s car industry, not least because they’d probably sell like hot cake.

Spring is also almost here, so sooner or later the oil cartel will probably break as some try to grab as much euros as they can from these high prices before they fall.

The spike therefore may be temporary as actors will react to the developments with Europe having most to gain from such actions and having the clear options of what actions to take as the continent so reaches an historic point.