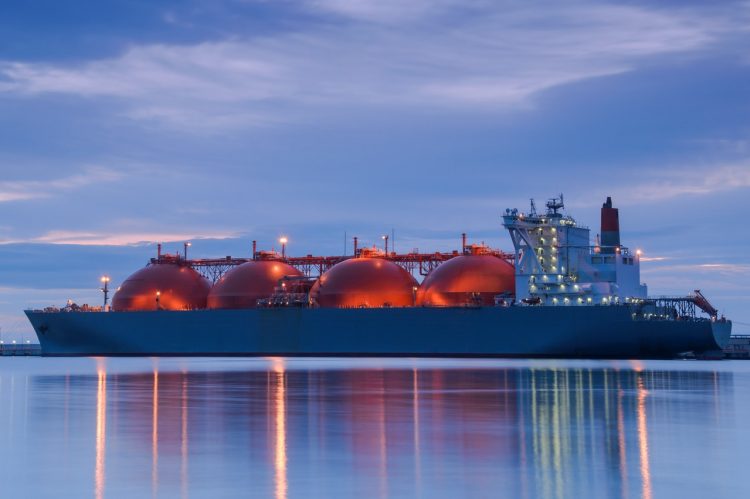 Bitcoin appears to be holding on to a seemingly iron support at $39,000 with the crypto falling just a bit below that but in a way that appears to suggest no letting go.

That can change of course with stocks having an interesting day. First of all Shanghai is down 2.17% today in one of the biggest fall since Russia declared war on Ukraine.

Chinese media is obviously blaming the war, but why red now in China and not before?

One reason can be that markets are very sensitive to any suggestion of support for Russia with China’s foreign minister stating today Russia is a strategic partner.

European stocks had a redish green day with Germany’s DAX down 5% before touching a bit of green to now -1.3% while Europe’s index STOXX stands at -0.7%.

In US we have a more clear red with Nasdaq down 1.7%, but the real show is probably happening in oil and gas.

Gas is down however, from above $5 to now $4.88, a 2.7% fall, making this whole picture a mash potato of sorts as a concert seemingly begins.

The European Union will divest itself from Russian oil and gas within three years. That means a tectonic shift that will redraw the global map connections with Europe at the center of all this as far as this matter is concerned while USA is assisting greatly.

“While standing up for our red lines, we will not allow any foreign factor to affect Iran’s national interests in the Vienna talks,” said Iran’s Foreign Minister Hossein Amir-Abdollahian.

Russia is trying to put a spanner in those talks by bringing up US’ sanctions on Russia which USA says has nothing to do with the matter. Iran requested clarification from Russia, suggesting they had not been informed before hand by their “strategic partner.”

The comments of Iran’s foreign minister may be suggesting that there isn’t quite a spanner as the country, for the first time in five decades, has the opportunity to normalize relations with Europe, and so it has never required greater wit.

Not least because it would be easy for Iran to be fooled into thinking Europe is coming from a position of need. First, some in Europe thought even before all this that the era which gave rise to tensions with Iran is over, and thus relations should be restored.

Second, because Iran is not quite needed in absolute terms. It would be better of course because they’re not a too far off neighbor of Europe, and thus trade relations improve the economy of both, but there are other options. So Iran will need to navigate with very clear eyes in an understanding it’s about better, not necessity, where Europe is concerned, and this is about Europe, not USA.

Mario Draghi, the Italian Prime Minister will go to Brussels to ask for a price-cap mechanism on Russian energy supplies.

That presumably means first of all energy is becoming a continental matter, and second of all Europe may play its bargaining power to say they will buy Russian oil and gas at a certain price, and will not buy at a price above that.

Europe can do so because it does have enough reserves until winter and Italy will try to boost imports from Algeria, a fairly oil rich neighboring country whose people appear to like Europe, a fact that seems to apply to the whole world, unlike USA which needs a lot of work on its reputation.

Italy will also try to boost imports from Azerbaijan, the Turkish ally, now that the Trans Adriatic Pipeline is full on running.

This is immediate action, or reaction, with immediate in this sort of thing meaning months. A more distant prospect, which Italy hasn’t mentioned but is a potential, may be the linking of Azer to Kazakhstan which is a far more complex ball game, but a fairly natural potential development now that the stanis are out of their isolation.

On the other side of the world, America has began talks with Venezuela which used to be oil rich and now is pretty much desolate, although the resources of course have not gone anywhere, it’s just their fiat money and thus economic governance collapsed.

Those are not too easy talks, but it is one where money talks, and so holistically one gets the sense where, although some analysts say oil might even $200, we think there are risks as far as speculative investors are concerned as it may instead top off around these levels to head more towards $80 or less.

It could of course keep on up, but oil is not a scarce resource and so, both with this and with gold, there will be reaction which will put a lid on it you’d think.

Depending on where and when that lid shows up, stocks and even bitcoin might inverse with bitcoin logically having a more complex relation due to its energy demands.

A rise in energy costs logically raises the mining price for bitcoin which puts a floor, but it also reduces consumer savings and the amount that can go into bitcoin.

Based on observed data therefore, that floor may well be at $39,000, but it hasn’t risen in step with the rise of energy costs as it hit that floor and kept it even while oil and gas prices went on jumping.

It probably hasn’t because a lot of mining utilizes hydro power and nowadays gas flare as well whereby spare gas capacity that would have been burned is used to mine instead.

Meaning these energy fluctuations are not having as much of an effect as bitcoin mining may well be largely outside the grid.

Thus the upward price pressure is drowned down by the downwards savings capacity. Meaning gas falls, bitcoin rises, although bitcoin has its own factors which tends to make correlations temporary.

On a final note regarding this reshuffling from a European center, China is a complex puzzle because we may be at a trajectory setting point and in an ‘election’ year – by their standards – it isn’t too clear just what tune to play.

Neutrality and the expectation of, at worst, neutrality may thus be the base until they themself decide in October just what sort of relationship they want with Europe, under an understanding of course that Europe and USA are two different entities.

There have been all sorts of stuff of course in the past few years, but chapters can be closed and so China needs to bear that in mind in these very sensitive times by employing a longer outlook in an understanding that Europe is Europe.

Which may bring this all to the conclusion that two weeks on, markets may start having a wider view, and a more forward looking view, of green and red assets.