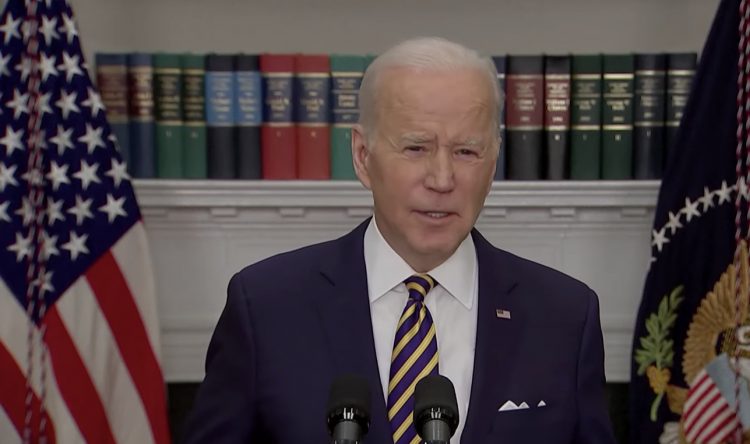 US president Joe Biden has just announced all Russian energy imports to the United States, including oil and gas, have been banned.

“We will not be part of subsidizing Putin’s war,” Biden said in a televised speech from the Whitehouse.

“Defending freedom is gone cost,” Biden said, but both Republicans and Democrats have been clear that “we must do this.”

This action was taken in coordination with European allies, Biden said, but as US is an oil exporter it is in a position to do what the European Union is currently unable to do.

The European Union has announced they are to reduce gas imports from Russia by 2/3rds. They account for some 45% of Europe’s gas imports, while USA imports just 8% of crude oil from Russia and only 3% of it is for US.

The United Kingdom is set to also announce a likewise ban, with Ukraine’s president Volodymyr Zelensky to address the British parliament shortly.

Both America and Europe are in consultation to diversify gas and oil procurement with some movement in Venezuela.

“We agreed to work on a forward-looking agenda,” Venezuela’s president Nicolas Maduro said in a late-night televised address on Monday. “We’ll press ahead with the conversations, the co-ordinations, and a positive agenda for the government of the United States and the government of the Bolivarian Republic of Venezuela.”

There’s ongoing talks to normalize relations with Iran as well while Italy is trying to increase supplies from Algeria and Azerbaijan.

Oil and gas price rises therefore might be tempered as commodity relations reshuffle.