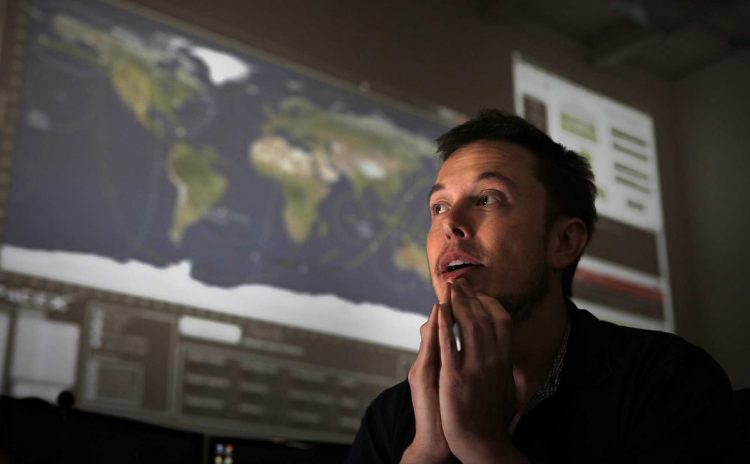 CEO Elon Musk in the mission control room at the Hawthorne, California-based Space Exploration Technologies Corp., on April 19, 2012. If successful, it will be the first time a private company will dock with the International Space Station. The launch is scheduled for Saturday, May 19, 2012. (Brian van der Brug/Los Angeles Times/MCT) ORG XMIT: 1122559

Elon Musk, the cryptonian CEO of Tesla and SpaceX, has tweeted out a theory of who is Satoshi Nakamoto, bitcoin’s inventor, to his 77 million followers.

According to Musk, Satoshi Nakamoto is not actually a person, but a group of some of the biggest tech companies.

Those being Samsung, Toshiba, Nakamichi and Motorola. You take the first few words and so you have an anagram:

It’s an old theory, very very old, with it being one of the first proposals back in 2012-2013 when playing ‘who is Nakamoto’ was still a sport.

Now it’s more a meme, but it appears to have a use as well in indicating Musk is still a newbie cryptonian, though past the stage of ‘what’s this’ to more the stage of ‘down with the culture.’

And of course this theory is very much part of bitcoin culture because, it could be right. The now defunct Motorola, the Naka-whatever and then these other two – is Toshiba still relevant – maybe did get together to leet team some choppy code that bootstrapped early bitcoin nodes from IRC.

But why not now boast and get credit? It would certainly bring Motorola back from the dead. It would make us bother to google Nakamichi (pioneered cassettes, got disrupted by CDs, now does Shockwafe Ultra stereos).

Unless the suggestion is someone or an informal team of friends working at these companies came up with bitcoin, in which case it’s a maybe, who knows.

But suggestions are that based on the original code it is unlikely it was a team. So if the premise is instead someone working at one of these companies invented bitcoin, then in the case of Samsung that’s the same as stating everyone is Nakamoto because so many people have and had worked there.

But it could be. Well it could be anything and this theory doesn’t do much to narrow it down to something, except to pique again our innate curiosity to wonder who is this Nakamoto.

Since we could answer it with anything, why not unleash something silly by claiming in the deep deep alleys of the internet, there’s a legend that Nakamoto will reveal himself once the first settlers land on Europa, Jupiter’s moon.

Because that’s Nakamoto, the pioneer. Brave, to take the risk and chances. Patient, to insist that what others claim impossible is actually possible. Confident, in science or better still, in our ability to know and act on such knowledge. More disciplined than a monk, in a self-sacrifice of sorts or statement whereby he remains unknown nearly a generation on.

Those are some of the qualities we need to get to Europa, and so if not in presence, then certainly in metaphors he will actually be there once our species achieves such monumental milestone.

And we will need many geniuses for us to do so, but thankfully history is full of Nakamotos, so we should expect both the present and the future to be full of them too. One of them maybe even being you Mr Musk.