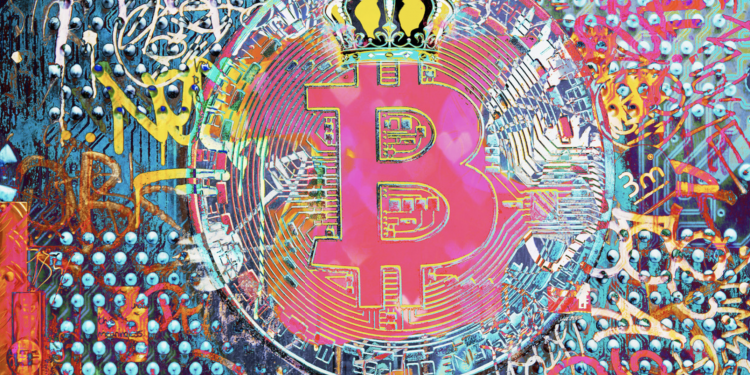 Bitcoin is taking a holiday it seems, a nearly two months long holiday, with the crypto not quite caring about much of anything right now.

It pretended to care, for about five minutes, during Shanghai trading hours when China decided to keep playing that old movie by locking down Shenzhen.

So bitcoin dipped a bit to $37,500 and is now back to $39,000. Which is the equivalent of a yawn on the beach or the skiing mountains or wherever this bitcoin guy has gone.

“This is a perfect storm of economic and geopolitical events that should, theoretically, be great for bitcoin,” Japan Times says. “But bitcoin doesn’t seem to be playing a central role in our global unraveling so far. Which raises the obvious question: Why not?”

Bloomberg thinks they know. “Long-term investors are wading in whenever prices fall,” they say. “On the other hand, short-term holders are underwater as long as Bitcoin stays below $47,000,” and so there’s increased selling as bitcoin approaches that mark.

In other words, some are buying and some are selling, which is of course the technically correct explanation as that is definitely happening.

Russians should be some of the ones bigly buying, but it’s just 90 bitcoins for today, worth about $3.5 million, according to CryptoCompare.

They reached as much as $140 million in one day earlier this month, but you couldn’t really tell by just looking at the bitcoin chart.

While gold reached close to all time high, rising above $2,000, same level as in August 2020 when it made a new all time high.

Interestingly, it is after that August that bitcoin started playing, but for now the crypto perhaps wants to make it clear once again that however much we might want to see correlation, it is actually uncorrelated.

That’s because bitcoin clearly cares only about itself first and foremost, rather than macro or micro, stocks, war, pandemic, tinkling at the edges of inflation, or oil prices now down again to $105.

Rather than all these narrations, it may be simply that bitcoin got close to the big $100,000 number after reaching $70,000, thought of it as too much too soon, so went down instead and found about $40,000 to be very acceptable.

For the past two months it has been quite happy there even as a lot of macro was telling it should moon, or for some reason it should doom due to a 0.25% interest rise when inflation is 8%.

It is also what you’d expect. After a fairly big fall, some consolidation usually follows before the crypto decides what it wants to do.

That consolidation in 2019 went on for a whole year. Two or three months has been more common however, with it possible bitcoin finds some direction this spring.

When it does then the narration will follow, rather than lead. The size of the market now is also considerable. So a few million rubles or a few millions from 0.25% interest hikes might not make much difference.

In addition there might be a lagging factor with the sophisticated OTC markets needed to be consumed first before price setting global exchanges reflect the change in supply and demand.

But rather than cancelling any narratives or supporting them, it may be this price action just reminds us all that bitcoin is sui jeneris.

It is still the newest asset of them all, and so there isn’t an established track history of just what is bitcoin.

Institutional investors have just barely began adopting it. Pension funds are hardly in the game. So it is probably still retail that leads and they probably don’t really buy bitcoin because of some war or pandemic, but because they think it is cool or because it solves some problem with that rate of adoption being very gradual.

It might take months for example for systems to be set up in Russia to escape their government’s capital controls.

Reminding us of something else: bitcoin appears to be unable to price in. The halving obviously wasn’t priced in. Some increased level of adoption due to stock trading being suspended, not to mention much else, should be expected but we have not seen an increase in price levels at all due to bitcoin proving a lot of use cases.

“In a situation like this, where the national bank is not fully operating, crypto is helping to perform fast transfers, to make it very quick and get results almost immediately,” said Alex Bornyakov, Ukraine’s deputy minister of digital transformation. “Crypto’s role is essential in this conflict in terms of helping our army.”

That’s a very strong endorsement. If crypto is useful in this sort of situation, then fast, quick transfers with almost immediate results are useful in a lot of other situations.

So adoption will increase, and maybe even systemically so, but the price won’t reflect it until they do.

Some might say this disproves a lot of traditional economics, but it may also be simply that there isn’t the sophistication of traditional big money speculating based on some rule book.

Stocks are centuries old, and have had the benefit of some of the brightest minds studying them. Grandpa at the trading floor tells the new graduate when to gold. There’s this whole culture so to speak of what to do if x.

For bitcoin, there’s none of it. There’s no grandpa that spent all his life trading the asset. No uni textbook summarizing the established economic studies on bitcoin. No if/then theories.

The closest to it is these pages instead. And from what we can see, bitcoin is not playing because it takes time for the very gradual raw adoption to be reflected.

About three months. It has also spent about two months stabilizing after a circa 50% fall, with a bounce maybe to follow as it did in 2018.

What it will do remains to be seen however as it can also further dip, but in a long enough time frame it appears fairly clear that adoption is growing in user numbers and skills, and therefore supply and demand should eventually do its thing.