What Ban? EU Opts to “Boost” and “Support” Bitcoin 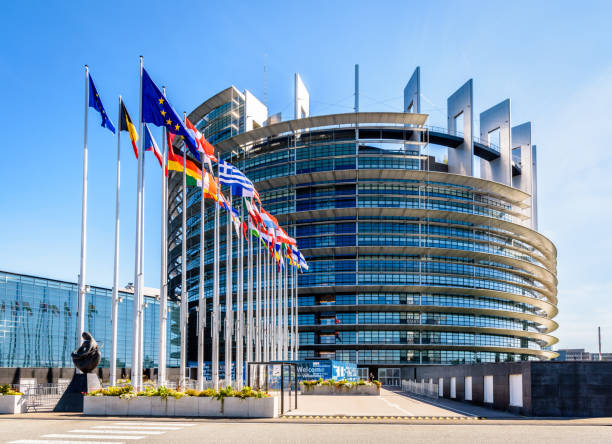 Rather than a much speculated ban on cryptos, the European Union has announced it aims to “boost users’ confidence and support the development of digital services and alternative payment instruments.”

Members of the European Parliament (MEPs) on Monday agreed on draft rules for the governing of crypto assets in the European Union (EU). The proposed rules cover aspects such as regulation, consumer protection and environmental sustainability.

Following a vote on Monday evening, the Economic and Monetary Affairs Committee secured a negotiating position regarding legislation to govern digital assets. There were 31 votes in favour of the decision with 4 in opposition and 23 abstentions.

The proposed laws are expected to help increase user confidence in digital assets by ensuring that regulation for the various forms of digital assets including popular cryptocurrencies like Bitcoin and Ethereum and asset referenced tokens (stablecoins) are governed by the same regulations throughout the region. They could also support the development of financial technology in the region.

On the regulation front, there are laid out procedures concerning “transparency, disclosure, authorisation and supervision of transactions” by companies issuing and trading crypto assets. To bolster consumer protection and trust, the risks and costs will be communicated to users.

A portion of the document provides a guide for the regulation of digital asset public offers. This goes towards ensuring market protection and stability. The draft also outlined measures aimed at curbing market manipulation, money laundering and terrorist financing amongst other crimes.

Stefan Berger (EPP, DE), the lead MEP, had this to say: “By adopting the MiCA report, the European Parliament has paved the way for an innovation-friendly crypto-regulation that can set standards worldwide.

The regulation being created is pioneering in terms of innovation, consumer protection, legal certainty and the establishment of reliable supervisory structures in the field of crypto-assets. Many countries around the world will now take a close look at MiCA.”

The Question of Environmental Sustainability

The contentious issue of the economic effect of crypto was also addressed. Methods used to validate blockchain transactions such as the Proof of Work (PoW) protocol are said to have a significant environmental impact.

MEPs called upon the committee to provide a legislative proposal that would be included in the EU Taxonomy for Sustainable Activities any crypto-related activities that impact climate change by 1 January, 2025.

The legislators, meanwhile, acknowledged that other industries such as the entertainment industry and data centres are not entirely environmentally friendly.

The MEPs, therefore, called upon the commission to develop legislation to govern these sectors.

The Economic and Monetary Affairs Committee meanwhile rejected a modified version of the Markets in Crypto Assets (MiCA) legislation.

Over the past weekend, changes were made to the documentation to include a clause that would require that all digital assets mined and issued in the region be “subject to minimum environmental sustainability standards.”

Many in the crypto world feared that this would be a De Facto ban on Bitcoin and other cryptocurrencies that operate under the PoW consensus. The EU Parliament voted against the clause 32 to 24.

EPP spokesman Markus Ferber views the failure of the clause as an indication of the EU’s support for crypto. He commented:

“Banning ‘proof of work’ would have meant for the EU to become crypto no man’s land. If we want to foster innovation, we should be open for new technologies, not banning them.”