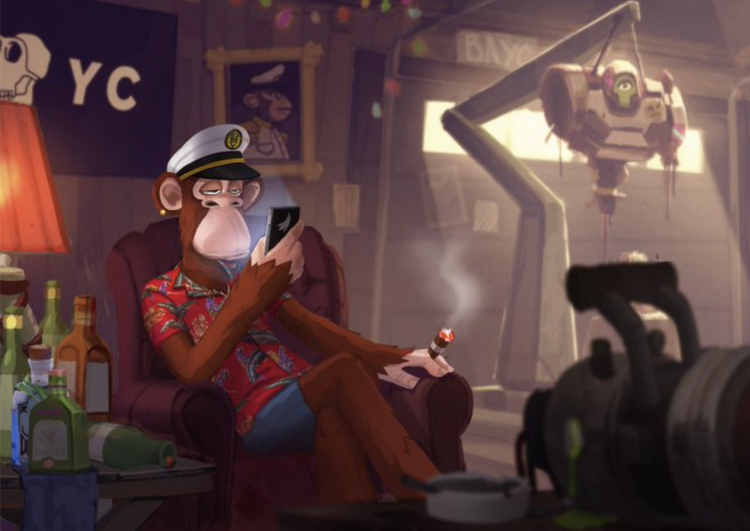 The Bored Apes Yacht Club (BAYC) is tokenizing its NFTs in an airdrop that is estimated to give each ape holder some $50,000.

“APE is a token made to support what’s next, controlled and built on by the community. It will serve as a decentralized protocol layer for community-led initiatives that drive culture forward into the metaverse,” the project said.

It started trading earlier today at more than $20 per coin. Currently it’s at $8. Coinbase, where there have been volumes of some $600 million, and all other prominent exchanges have already listed it.

nWayPlay, which describes itself as a decentralized NFT marketplace for collectors and gamers, said they’ll be adopting ApeCoin “in a new play-to-earn game that’s currently being developed.”

Animoca Brands also said they’ll be adopting the Ape coin “for the secret project we’ve been developing with BAYC.”

Some 15,277 ethereum addresses are eligible to claim according to a Dune dashboard, with just 21 million claimed so far.

Yuga Labs, the developer of BAYC, is projected to have a yearly revenue of some $500 million from the apes and other projects as well, including a speculated metaverse land sale.

The project says there will be Ape Improvement Proposals (AIPs) with the token being for governance.

Whether that will include a token share for secondary ape sales remains to be seen, but tokenization is opening up this project to the wider market, with this being one of the first NFT collection to be tokenized.