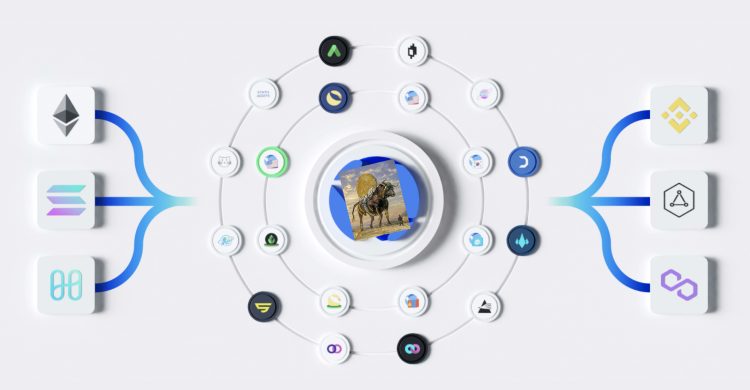 According to a detailed proposal, some $2.5 billion will be needed for a pool of wrapped bitcoin in a Cosmos wBTC token.

That token will then act to keep the stablecoin pegged to a dollar, backing its value in effect as UST nears $16 billion in market cap.

As can be seen above, Do Kwon, Terra’s founder, perhaps through delegation to a Jump Trading entity, is buying $125 million worth of bitcoin through Binance as seen from his address.

That seems to be every day. So in the past three days he has sent the same amount to the same address in probably a bot managed way.

He still has $1.4 billion to spend, and maybe a few spam tokens. So this guy is going to buy $125 million worth of bitcoin every single day for the next ten days. Except:

Good, take Sundays off as well. If we take just Saturdays out though, we’re going to have a bitcoin bull bot until April the 5th, that’s about two weeks from now.

So we can see this guy from start to finish, as long as he wants us to and doesn’t try to obfuscate by say changing what bitcoin address he deposits too, and by he, we probably mean the team.

As it stands however we can see the dollar tokens coming out of eth, into the Binance blackhole where we can’t see nothing, and then out to the bitcoin address in a very public audit.

It’s not clear how many of the bitcoins in this address are his personally. If we assume none of it, then we still need around $300 million to reach that $2.5 billion. So the buying might continue until April the 7th which is exactly two weeks from now.

Making this the first time at this scale that we know before hand of such huge buys. There have previously been similar instances, but with $500 million in ten days.

Also this is the very first time where we have blockchain buys. Before it was banking fiat going into BTC, which we couldn’t see except for the action on trading exchanges.

This time it is tokens on eth going to bitcoin, which we can see in very great detail because Do Kwon has been nice enough to do it all very transperantly.

Now, that’s disclosure, and this is one audit where you can’t cheat. Making all facts very clear, as well as the opinion that he is perhaps summoning the bull, as can be seen in the featured image, although you might need a magnifying glass to see a meme Do Kwon leading that massive golden bitcoin bull.