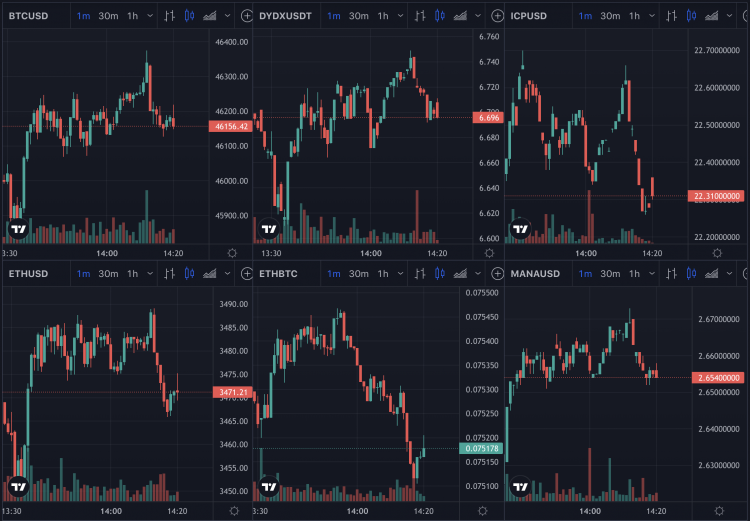 Stocks are up across the globe today with Nasdaq gaining 1% as tech seemingly makes a comeback.

European Stoxx gained 0.62% while Shanghai saw green too at 0.94% as investors open this week and the month of April with some optimism.

The surprising news for the day is Elon Musk buying Twitter. Well, 9.2% of it at $3 billion, but that makes him the biggest shareholder.

TWTR saw a 20% gain with shareholders clearly very happy to have Musk backing as the global communications giant moves towards being established after nearly a decade as a startup.

The more innovative speculative stocks are up as well. RKLB gained 3%. AI is up 4.6%. Lilium is jumping close to 7%.

The latter just announced they’re starting flight testing in Spain with the assistance of the Andalusian Foundation for Aerospace Development (“FADA”) and Center for Advanced Aerospace Technologies (“CATEC”).

“We are excited to have kicked off our next phase of flight testing in Spain. This step takes us even closer to reaching our goal of creating a sustainable and accessible mode of high-speed, low noise regional air mobility,” said Daniel Wiegand, the Co-Founder and CEO of Lilium.

The German ‘flying cars’ company was subject to a hit and run short-selling report last month by an American hedge fund which dissed it in favor of the ‘call helicopters flying cars’ Joby, an American competitor of sorts.

All fair game in intense competition that is expected to debut during the Paris 2024 Olympics with potentially trillions on the line.

But after being rekt by a minus 50% following that report, Lilium has made a comeback in erasing all loses and is now in gains.

So Americans have to try harder, by maybe designing these things to look cool, because when it comes to Europe or America, who wins the race is not too relevant as long as it is the best.

Free and fair, between EU and USA. While for China under the current fascist-like dictatorship that house arrests entrepreneurs, ditch the fair and add some tariffs to bring back industrial innovation in electronics, solar, and keep advancing the innovation in these frontier techs like space or aerospace.

DGHI is another gainer today by 3.55%. The bitcoin miner has fallen 55% in the past six months in line with the fall in bitcoin’s price, but in that straight price tracking, market bots may have failed to account for the fact DGHI increased production by 78%, more than cancelling the price fall to increase net income by $3 million.

New stuff, and so there can be traps, but where bitcoin itself is concerned it is kind of chilling out as can be seen above.

That’s maybe because eth is leading the show, and eth is seemingly facing relatively big resistance at $3,500.

It may be that bitcoin now has to take the show to get over that line, but bitcoin itself is facing $50,000.

So they both chilling out for a bit while spring brings green with oil, gold, gas, and stocks up for the day in a rare Monday opening that maybe has more to do with inflation because a lot of these assets usually negatively correlate.