The Biggest Bitcoin Conference to Begin 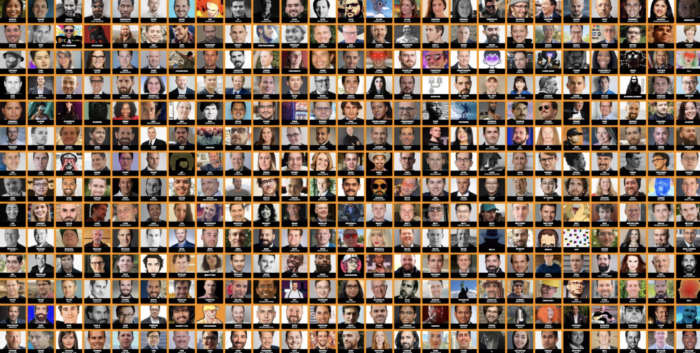 An estimated 35,000 attendees are to land on Miami where the biggest bitcoin conference of the year opens tomorrow at the Miami Beach Convention Center.

More than 450 speakers (pictured) will address the audience, including Peter Thiel who is to keynote.

Much of the agenda is mining and the Lightning Network, but Kevin O’Leary of Shark Tank will speak on Wednesday.

Ricardo Salinas, the Mexican billionaire who has called fiat “a fraud,” will participate in a panel discussion on Thursday.

The two might be unrelated, or they’re follow ons. It might be just about asics or some other internal Blockstream matter or they announce the launch of bitcoin volcano bonds which Blockstream is managing.

Alternatively maybe some other small country is joining El Salvador, with it to be seen just what they put out.

Robinhood is to also make an announcement on Thursday. Nothing that moves markets presumably unless they start piling on bitcoins for treasury reserves.

That is followed by Peter Thiel who will address this huge crowd for 30 minutes with it to be seen what the somewhat long-time bitcoiner says.

Moving on to Friday, the payments processor BitPay has an announcement, as does the miner Canaan. No cool announcement on the mining front though like US or European asics manufacturing, with that in development for some time now and so hopefully should get to market soon.

Finally Mike Novogratz will speak as well with Saturday then being the Bitcoin music festival where Deadmau5 and others are to perform.

There’s also a Whale Pass of $21,000. This offers front-row seating as well as “curated networking events, Whale-Only content, entertainment, and much more.”

Making it a potentially eventful three days with bitcoin conferences usually narration heavy and light on tech. This one being no different.

Still there will be some talk on Bitcoin Dex-es, synthetic bitcoin, as well as options and derivatives.

No dapps or NFTs here though, no token airdrops announcements, no high wit of hacking hackers. No talks about actual dex-es with liquidity pools and strategies to beat miners front-running.

But, we may get volcano bitcoin bonds and we’ll get to listen to Max Keiser on “Bitcoin is F*ck You Money.”

And it’s all about to begin as sunny Miami opens the conference season this spring.