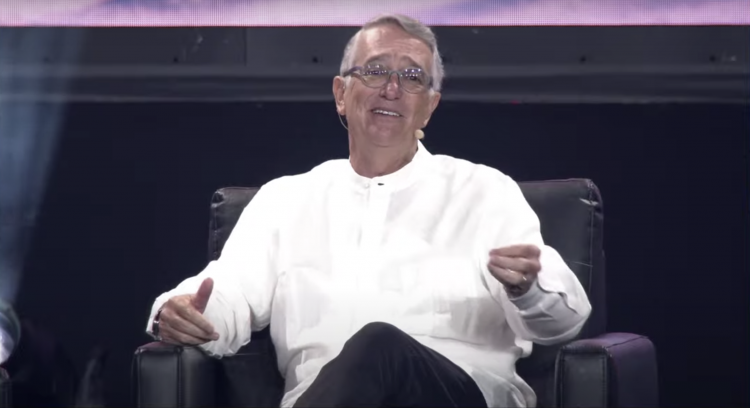 Ricardo Salinas Pliego (pictured), one of the richest man in Mexico with a net worth of $13.6 billion, stated during Bitcoin 2022 that 60% of his liquid portfolio is in bitcoin.

“I definitely don’t have any bonds,” Salinas said. “In the liquid portfolio, I have 60% in bitcoin and bitcoin equities. And then 40% in hard asset stocks like oil and gas and gold mining.”

In a discussion of the 60/40 traditional portfolio allocation, where 60% is attributed to equities and 40% in bonds, there were suggestions that out of that $200 trillion, 10% might go to bitcoin.

That would be $20 trillion, sending BTC to one million per coin. In that context Salinas said his 60/40 is in bitcoin and hard assets.

He did not specify the amount in his liquid portfolio, but this revelation makes him the first billionaire to announce he is pretty much all in on bitcoin.

That’s after he previously called fiat a fraud, and reiterated that today with the billionaire further putting his money where his mouth is.

Hyperinflation destroys pensions, he said. It hits the old hardest as it destroys their savings, and it hurts the poor. We need to be able to point fingers at who is responsible, he said.

If I print money, it’s counterfeiting, I go to jail. If they print, they’re promoted to the Treasury, he concluded.