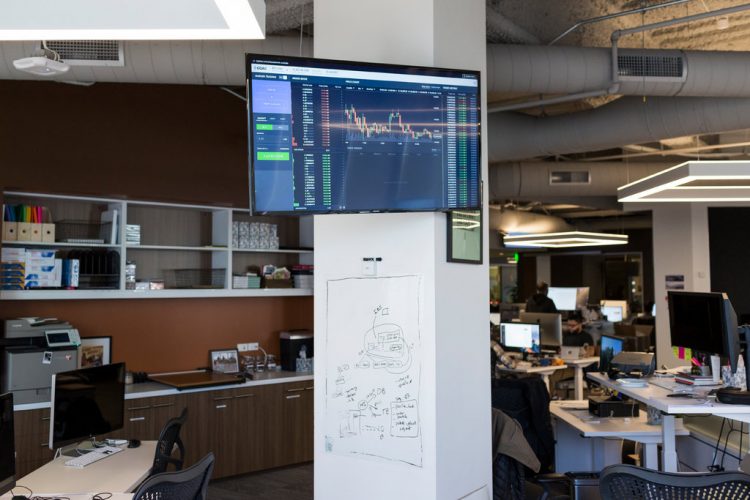 A number of ethereum based tokens are seeing a huge jump today following a surprise announcement from Coinbase.

“As part of an effort to increase transparency by providing as much information symmetry as possible, Coinbase will communicate assets under consideration for listing,” the exchange said.

That was followed by a number of tokens which we have not quite heard of before, including Honey, Jupiter, MATH, Muse, and Student Coin.

DappRadar is also on the list, this being a stats site that launched a token. It’s up by about 50%.

Kromatika has seen a likewise jump too, with this being a new DEX that automates certain functions in Uniswap V3 by using Chainlink Keepers to trigger actions as explained.

Then there’s RAC and we presume this is the fan token by the musician of the same name launched last year.

There’s also Index (NDX), a year old project that has gone from more than $20 to less then $1, but conceptually seems interesting – presuming it is all legit – as this basically lets you buy a crypto index.

Index, on a five minutes surface view anyway, seems to be more just a guy in his basement, which is fine if this does work and we’ll let that auditing to others, but he has not even updated the copyright year yet.

Maybe this is just running on its own as some sort of a contemporary functioning museum innovative piece, but still cool.

And we’re talking about it because someone bought it, and they bought it before Coinbase’ announcement.

This is an interesting address because first of all it is very new, just two days old, and is funded by the Gate.io exchange, so the only one that can go backwards to see what this guy was doing is Gate.io.

He happens to buy all the coins that make it to the Coinbase list, before Coinbase announced the list, including PAPER, this being Dope Wars Paper.

A game, a play to earn game, which looks pretty cool on the surface. In fact all the ones we presented in some detail, because this guy bought them, seem interesting and Kromatika as well as DFX seem to also have a list of VCs.

So on probabilities you’d think these are the coins that will be listed, rather than just being under consideration, and regardless, they may have some merit of their own.

But, was this guy insider trading? Maybe, in a big corporation like Coinbase keeping things under wrap is not easy.

Especially when you might have to talk to regulators and those regulators do not have any rules at the SEC itself against eth, btc or xrp insider trading.

These are commodities, so insider trading rules apparently don’t apply. But if it is someone at the SEC then Gate.io probably still wouldn’t leak it, yet they could.

Making the speculation pointless as this guy could also just be a normie trader, although a two days old account that buys presumably some of the better tokens in a list that Coinbase was about to put out, is too much of a coincidence.

On the other hand, as far as the public is concerned, including maybe the wider crypto public, anyone that buys even now is insider trading to them if any of these tokens mewns.

Although such purchases now would be with risk, while for this guy there probably wasn’t much risk, except Coinbase has put out such a long list that without this guy it would have all sounded gibberish.

So whatever the facts, we gained some information in the end, and the biggest such information is that there’s still quite a lot of innovation going on in eth.