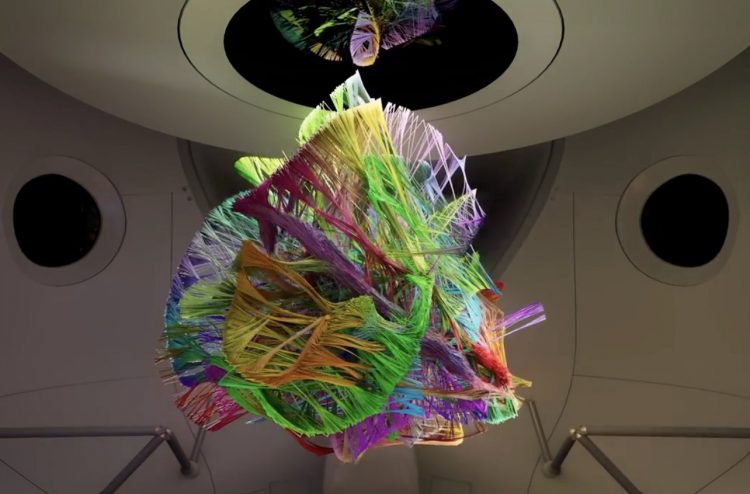 Sam Altman, the former president of Y Combinator conservatively estimated to be worth $250 million, has invested in Context, a social network like startup that lets you follow blockchain addresses.

The premise of the startup is to let you follow addresses to see what they’re doing, with it also promising to send you notifications.

Unfortunately it is limited to just NFTs and we did sign up to test it, but have received no notifications.

Trustnodes reached out to the team, but no response was received in time for publishing.

Still the startup itself is somewhat interesting as we can see what Vitalik Buterin is doing on his new address.

As it happens he is receiving tons of NFT gifts, including free BAYC land. This seemingly being some planned new metaverse for Bored Apes Yacht Club (BAYC).

So there’s a new method to spam advertise now, with the Ethereum Foundation also receiving tons of free NFTs.

Nothing is being sent to our test address though, maybe because Trustnodes doesn’t have $1 billion eth sitting there like both Buterin and the Ethereum Foundation does.

But, we did come across a mildly interesting new project from surfing on Context, some sort of data art visualization of humans in space based on space data from these explorations as shown in the featured image above.

Making this a way to curate what’s going on based on the actions of other people, while attempting to put into effect the best description of NFTs for the uninitiated: Instagram on the blockchain.

Because in many ways that’s kind of what NFTs are, but instead of sometime vain and worthless pictures, with NFTs there can be value and so you try to create pictures that can have value.

The curation method of what are your ‘friends’ doing, however, has a very significant weakness in as far as your actual friends won’t tell you through some app, and the ‘friends’ that are there are probably incentivized in some way to spend a lot of time to ‘tell’ you things.

On twitter, this ‘follow’ arrangement has the side-effect of leading people to say outrageous things or to troll just to get some attention. In Instagram, it had the effect of just marketers really bothering with it.

Here, it remains to be seen whether this startup adds much to attract significant usage, but if it does, it will probably be gamed by marketers that would curate out the actual creativity.

It can however have a very limited, but actually useful, usage. It could tell us through email pretty much immediately if Buterin moved his eth again, as he did in May last year to no good effect for the price, and seeing what ‘spam’ NFTs he is getting could be useful as well because it does make you wonder why is he getting free BAYC stuff when the apes are fairly well know already.

In addition, the eth address as the account is a fairly new development, so this startup can be just the beginning of a new way of web3 exploration as username and password is replaced with MetaMask or other ethereum connectors.

Something that might have an effect on fighting bots due to increasing costs beyond requiring just an email address to requiring an eth address and maybe even more, an eth address that has a certain level of activity.

From here you can also have a different level of social networks, one for the poor, one for the rich, or of course you can require something to participate, and maybe you can even let the crowd set these rules regarding who can talk on say r/eth.

Meaning after years of talking and experimenting, this space is perhaps now moving towards re-gaining ownership of public digital spaces.