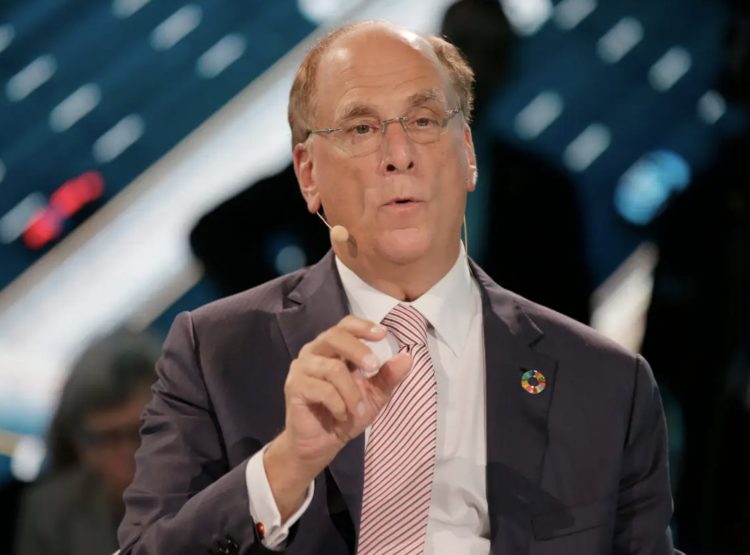 “With the BlackRock partnership, we are expanding on our existing relationship with BlackRock for managing significant assets for the reserves that back USDC to explore new ways that USDC can be adopted in TradFi capital markets applications,” said Jeremy Allaire, the founder of USDc’s issuer Circle.

No further detail was provided on how exactly these funds will be invested, with this fairly big announcement made in passing as the company said they raised $400 million from Fidelity, Marshall Wace, Fin Capital and of course BlackRock.

Circle, a company without portfolio when they were founded in 2016, raised $150 million from Goldman Sachs at a time when banks were seen with considerable suspicion in the crypto space.

The answer in the end was more another question: what does backed mean exactly in this sort of thing?

Because Tether was not just going to leave billions sitting there doing nothing when they had costs to cover managing the tokenization.

They instead bought commercial paper with them, corporate bonds in effect, and they also bought some bitcoin.

These numbers are completely made up to illustrate a point, but in effect Tether has printed somewhat out of nothing $82 billion dollars, while also making use of another $82 billion in assets.

Circle has been far less transparent, so just what one USDc is exactly, it’s not too clear. What is known however is that even if currently it is one usd in asset terms, it won’t be so in the coming weeks and months.

Instead 1 USDc will equal 0.whatever percent of “capital markets applications.” Does that mean shares, investments in startups, gambling on when gas will crash by 10x margin shorting it now that it’s almost hitting $7?

Whatever the answer is, it may well be that TradeFi is not crypto. And so if you’re in the market for stablecoins and you hold some crypto, which is probable since these run on crypto networks, you probably want to go with a stables that is backed by some crypto.

The Fight For Yield

A most astonishing offer is being made to Brits by their banks: send your savings to bonds. The terms are 0.3% monthly AER, a minimum investment of £500, fixed rate for a year, and the money can not under any circumstances be touched during this period.

Three dollars, and you can’t even touch your money! But $3 is still better than zero and currently both Tether as well as Circle give precisely 0 to USDt or USDc holders, even though Tether might have 100x-ed their bitcoin bought with USDt holders’ money, while USDc might gain 10%-20% a year from gambling in fiat markets.

And it is gambling, not quite fully but the risk is not zero either. So both will have to compete on yield if they are to continue performing under a new level of competition from actual crypto stables like Dai once they completely smooth out operations through second layers or cross-chain strategies.

Because things like Dai provide a ‘simple’ level of yield based on borrowing demands, and can expand to full scale yield by likewise investing some of their capital in defi platforms like Aave, to gain from flashloans, or even go further and invest in crypto indexes through something like Balancer, in providing liquidity on Uniswap, etc.

All this can put a lot of pressure on freeriding, certainly where traditional banks are concerned, but also where these centralized custodian tokens are concerned if they think they can just make tons of money by investing the capital while leaving the actual investors with all the risks and none of the gains.

Tether at least tries to soften that by buying bitcoin, so those USDt ‘investors’ get a small something. But going off to pump Chinese bonds when their economy is dicy, as Blackrock is doing, while giving holders nothing, may work in the short term until investors wisen up at some point.

There’s a debate going on with the Acting Comptroller of the Currency Michael J. Hsu, the guy that is basically the mouthpiece of the banking industry, stating what you’d expect: that custodian stablecoins should be regulated as banks.

He makes some fair points, though none fully persuasive and conceptually they’re all under an ideological umbrella that argues all USD tokens should be exactly the same. No difference between USDt and USDc because they’d be both basically Hsu’s or the government’s stables in as far as they would dictate pretty much everything in regards to the management of either.

Communism, when what we need is more capitalism. Not Hsus from their tower to somehow make everyone equal in a dull and grey dead uniform, but raging fights between wit and grit where some will lose and some will gain, with all to benefit in the end.

Money Market Funds, is what stables are to SEC. There are funds under SEC supervision where a share is given in return for the assets to be managed in a very liquid way by mandated investments only in commercial paper, treasury bonds, and bank savings.

Dull, but more than that this requires that the stable is basically fractional reserve. No experimenting allowed, which probably would translate to these stables being outcompeted by crypto or defi stables.

Because the latter can evolve, can experiment, can adapt. While the former would send an email with great fanfare offering you 0.4%, monthly, although monthly in this case means more you have the option of receiving your portion of $3 total interest every month.

It took centuries for banks however to reach this sorry state. Applying the same regulations that were so ineffective as to bring them there, will probably bring the same unbeneficial result to the public.

Especially when these stables are entering an intense period of competition that won’t play over months, but over years.

Waiting to see how that plays would be far wiser than jumping the gun by forcing ineffective regulation, but a real cryptonian wouldn’t care anyway because the fiat grandpas would just injure themselves, while cryptonians keep playing with crypto stables which don’t care for communist ideology.

A new race thus so begins, with the old banking system to be shacked a bit regardless of how this competition develops.